Jim Jackson here. Last month I sent my current work in process, DOUBTFUL RELATIONS, out to five volunteer readers. I have received feedback from three of them; the other two sets of comments are scheduled back this coming week.

I call this process beta testing and the volunteers beta readers. These terms are used in different manners, so I need to define my terms.

For a few years during my career, I managed a group of software developers. In that environment, alpha testing encompassed the work the group did internally to make sure the software (new program or update) was doing what it was supposed to be doing. When we were reasonably comfortable it was, we performed the second level of testing, beta testing, named after the second letter in the Greek alphabet.

In beta testing, we put the software in the hands of real users in a real environment. We knew the program was not perfect. We were still fixing a list of known bugs (and periodically adding to the list). However, the product was sufficiently close and stable that we needed to expand testing past our myopic vision and turn it over to our users to point out flaws and issues we were too close to the program to see.

For example, let’s say you create a new way of cooking omelets that utilizes the energy from your morning workout. You develop a recipe that includes a list of ingredients and tasks, but fail to include the step in which you remove eggs from their shells. That step is obvious to you, because you always do that. The cook might not realize that your new technology still requires the separation of egg from shell and ruins the omelet. Your directions are not clear. 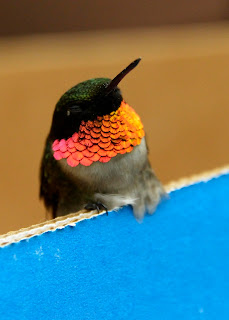 The combination of plot development and character motivations in a novel take the place of directions in a recipe. I ask beta readers to let me know of plot bumps or holes and of characters who do something that seemingly does not make sense. I will have already addressed any problems I discovered on my own as well as those indicated by my alpha reader, who has read the manuscript at a much earlier stage. [Some writers use critique groups as their alpha readers, others use a trusted writing partner or friend. I rely on my life partner, Jan Rubens.]

I know flaws remain in the manuscript. I have not yet polished the language, and because I have made changes to a draft of the manuscript immediately before releasing the beta version, I may have introduced new typos and included a sentence or two that might make one wonder if I had flunked English as a second language. Readers can ignore those kinds of problems, as long as they are not too frequent, and instead concentrate on the main issues of plot and character.

Unlike software beta testing where, as flaws are corrected, updated versions are periodically released to the users, I now typically have two discrete passes for beta readers. What I have so far described is the first pass. Once I have the manuscript in “final” form—perhaps ready to submit to agent or publisher or for self-publication—I will ask a different set of folks to read the manuscript looking for anything wrong. This is beta testing in the sense it is a real product placed in real users hands in order to receive feedback prior to publication. However, by that point I am in the final steps of my quality control process and readers should not be finding any major problems. I hope they will find the stubborn typo or homonym error, as well as any formatting issues. Perhaps because these tasks are so different from the first beta readers’, I should refer to this group as my gamma readers?

Are you curious what feedback the first three beta readers have provided me? I have not read their detailed comments because I am waiting for all five readers to respond before returning to work on that manuscript. Based on the cover emails I received, two of the readers enjoyed the story, but had specific suggestions on how I can make it stronger. A couple of their cover comments confirmed concerns I had and other comments shed light on issues I had missed. Great stuff!

The third volunteer was so disgusted with a major character that she stopped reading the manuscript with 60% still to go. Since the character in question acts in ways real people act, I need to look beneath the reported problem. (Tom Wolfe writes best sellers about people I don’t like and don’t much care about, so the issue is probably more than that the character is not emotionally attractive.) When considering this one reaction along with other beta reader observations, I must determine if I have not sufficiently defined that character’s motivations so her actions make sense. Or perhaps I have insufficiently defined other characters’ motivations so their reactions to the unlikeable character are understandable. Either way, this reader’s reaction to stop reading will have done me a great service.

Unlike a piece of software, there are no absolutes in the writing business. What one person sees as a flaw, other readers may love. When I review all the comments, I must do so with the filter of my own understanding of the story and remain true to my writing style and voice. I know the comments include excellent suggestions that I look forward to implementing. I know they will contain hints of problems that will require me to ferret out their underlying causes to solve. There will be individual reader preferences that I will need to ignore to stay true to myself (and sane, since some comments invariably contradict other comments).

I can’t wait to dive into the next draft.

Thanks for laying out your process. It's helpful for all of us to know how others manage their pre-publication critiques and edits.

Your mature response to people's comments is a lesson for all of us. I've learned that my first response to a serious criticism is defensive--Your just don't get it! I know that I have to keep that reaction to myself, let the outrage settle, and then face the fact that if a reader really didn't "get it," I have failed in my role of presenting the book. Or, possibly, misjudged the connect between that reader and the material I was handing over to them. But I need serious work here.

Good luck with the project! I've enjoyed your other books.

Jim, this is good stuff. It's so easy to get defensive (as KM says) but the readers who give us feedback are doing a huge favor. I entered a story in a contest and received some great feedback, but two readers reacted strongly to one section of the manuscript - one called it "masterful" and the other said "I didn't get it." What do you do when your beta readers give you conflicting feedback?

Jim, so far it all seems to be going well for you. Since anything written, be it a novel, a short story or a poem, it's subjective to a reader. For instance if your characters, or at least one of them was a zombie, etc. I wouldn't have liked that character, either. However, a book is richer by having characters who aren't attractive to everyone who reads your work. In real life, we all have characters we don't care about all that much, so you're writing a book about real people, in my opinion, and I wouldn't worry too much about one person's opinion.

Shari -- conflicting opinions happen all the time with written work. When that happens with feedback I am receiving I carefully consider the opinion that seems "wrong" to me. Do I understand their perspective? Is there something I can do that keeps all the positives the other person (and me, of course) saw and address the criticism? If so, that is great.

However, if I can not reconcile the two perspectives, I need to consider which person is more likely to be MY READER. If someone who reads mostly fantasy doesn't like something that a hard-core mystery reader does -- I'll give extra weight to the mystery reader, even if that's the person who disagrees with my initial perspective.

One must keep in mind that the reason we ask for feedback is not to receive praise, but to receive information that will allow us to strengthen our writing.

Great post Jim, and so true. I love the comments I get from my beta readers, and my gamma readers,although I had never used the term before (note I intend to continue using it so - THANK YOU. Enjoy the rewrites, don't you love the editing process. It gives such clarity.

Kait -- I enjoy writing the first draft, but it is the rewriting process that makes anything worth reading. That's why I enjoy it so much.

Thanks, Jim, for a clearly written description of the review process. I used to work in the application development field, so I recognized the terms, but so many new writers don't. So information like this is valuable. Over the years, I've benefitted greatly from the feedback I've gotten from beta readers. People have been so generous with their time and their comments. I've also enjoyed reviewing manuscripts of other writers.

Grace -- I learn a lot when I review manuscripts for other writers. As with critique groups, I learn a lot by figuring out why another manuscript works or does not work and then having to express my understanding to the author in a helpful way.