I dedicate this message to E.B. Davis. 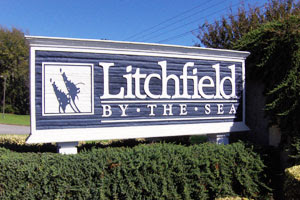 This year, my cousins and I spent the week after Labor Day at Litchfield Beach, located between Myrtle Beach and Georgetown in South Carolina. 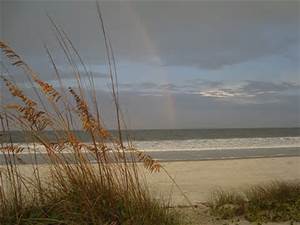 Nestled next to Pawley’s Island, a community best known as “arrogantly shabby” where the ghost of the Gray Man warns folks to flee from approaching hurricanes (and those who heed find their property untouched by the storm), Litchfield is a quiet, family-oriented destination, with sandy shores bounded by stately sea oats, huge magnolias heavy in dark leaves, and tall oaks draped with Spanish moss.

Nearby is Brookgreen Gardens, a sculpture garden and wildlife preserve built on four former rice plantations and founded by scholar and philanthropist Archer Milton Huntington and his wife artist Anna Hyatt Huntington. Their former winter home Atalaya Castle is located in Huntington State Park and has an arts festival each September. Also in the vicinity is Hobcaw Barony, originally part of a 1718 royal land grant that was subdivided into fourteen plantations. Later it became the winter residence of millionaire Bernard Baruch, whose daughter Belle created a foundation for state colleges and universities to use as a place for teaching and researching forestry, marine biology, and care of wildlife.

Visiting after Labor Day is a different experience. Gone are the crowds of summer guests.

We met one visiting family with home-schooled children, but for the most part we encountered either adult tourists or residents who had reclaimed their territory. Together, we relished, relaxed, and thrived in the sun, sand, and waves.

One afternoon, we shopped at Litchfield Books, featuring a variety of fiction, nonfiction, books and items of local interest, and gifts, and the Hammock Shops Village, where the family of Riverboat Captain Joshua John Ward began selling sturdy cotton-rope hammocks in 1938. In the Village’s Mercantile, I had to indulge in several varieties of fudge, including dark chocolate with pecans, milk chocolate with caramel and pecans, and two flavors best sampled in unison. A sliver of salted caramel vanilla coupled with a thin slice of key lime gave the sensation of cheesecake with a tart aftertaste. Then, at the Coastal Wine Boutique, we discovered wine smoothies and acquired a Moscato tasting of peaches and honey.

Needless to say, the local cuisine is superb. We enjoyed eating at a number of establishments. Two family-run restaurants, Lee’s Inlet Kitchen, which has been operated for sixty-seven years in Murell’s Inlet, and Hanser House, located in Pawley’s Island, feature exceptional seafood, and delicious vegetables and sides. The breakfasts at Webster’s, a buffet located at Litchfield by the Sea Resort, and Applewood House of Pancakes, now offering pumpkin pancakes, provided bountiful servings.

We returned to two favorites, the Rivertown Bistro in Conway, with awesome meatloaf, watermelon salad, and sweet potato chips, and Captain George’s, a monstrous seafood buffet in Myrtle Beach, that offered tons of crab legs as well as shrimp, oysters, scallops, and an impressive dessert bar. As we left, we stopped at Scott’s Barbeque in Hemingway. Written up in the New York Times and featured on the Food Channel, Scotts has been in business over thirty years preparing whole hogs (as well as turkeys and chickens) over wood burning pits.

The morning after returning home, I stepped outside to mid-seventy degree temperatures. Fall was in the air. Even though I live in the sandhills, I felt as if I were in the cool of the highlands.

After an E.B. Davis dose of beach, I probably needed a Sam Morton mountain balance. 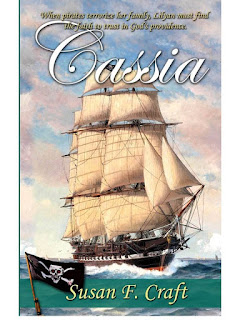 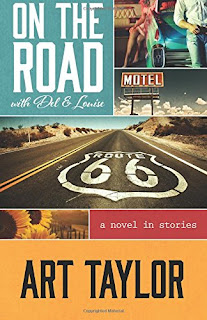 P.S. If you haven’t already noticed, there are some really great books debuting this week: Susan F. Craft’s third novel in the post-Revolutionary War Xanthakos family series, Cassia, has the family captured by the murderous Captain Galeo (the Shark) and forced to witness his pirate crew recreate a mock trial complete with actual hanging. Art Taylor’s wonderful novel in short stories, On the Road with Del and Louise, (previously described in E.B. Davis’ interview with Art on WWK) takes you cross country with two disparate, sometimes desperate, and constantly delightful characters who work their ways into your heart. And, Robert Dugoni’s second book in his Tracy Crosswhite series, Her Final Breath, has the homicide detective beginning an investigation of a serial killer known as the Cowboy after having dealt with the sensational retrial of her sister’s killer in My Sister’s Grave. All marvelous reads, whether you’re on the beach, in the mountains, or anywhere in between! 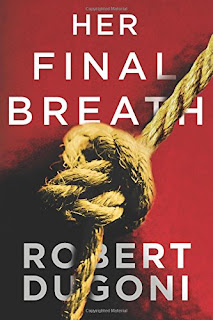 I'm glad you had such a wonderful vacation. Since we are down south and out of the woods early this year, I'll enjoy hitting the beach, which is only 45 minutes away. Normally, I'd be basking in the great autumnal weather and crisp fall colors.

Labor Day is the quasi-official end of summer. For those who worry about such things, it's also time to put away your white shoes until next Easter. And school has either just started or is about to.

Originally, Labor Day was established to celebrate workers. Its official recognition nationwide came in 1894, following the devastating deaths of workers at the hands of the army during the Pullman strike. It was a time when the majority of profits went to management, with the workers often earning so little that they could not adequately feed and house their families. Laborers were organizing into unions to demand living wages and safe working condition. Labor Day was an attempt to get the political support of the people in this movement.

My grandfather was a union activist. At the time, the average wage-earner could afford to feed a family of four. With no birth control available, most families had more than two children. He also worked toward an eight hour,five and a half day work week, instead of the ten hour, six day work weeks that were standard.

I'm retired, and my membership is on "withdrawn" rather than "active" status, but I am a member of the Teamsters Union.

Labor Day is also the unofficial start of Autumn, my favorite season of the year.

So, how were the wine smoothies?

Thanks for including me here—and with the recap of your vacation. Very envious of your fun times! And look forward to seeing you at Bouchercon!

How fun! I'm drooling over the varieties of fudge that you sampled, Paula.
Thank you for the book recommendations.

JEALOUS!! So glad you got to go, though.

Jim, I've always wanted to go to Tybee Island. Hope you can enjoy some time there.

KM,what a strong wonderful history to remember. I was born mid-September, so my mother always remembered Labor Day as the time she washed baby clothes to prepare for me.

Warren, Autumn has always been my favorite season, too.

Shari, the sign advertising the smoothies drew us into the shop, but once we were there, the ladies running the shop plied us with so many samples that we thought it best not to add a smoothie to our alcohol content. Of course, that gives a perfectly acceptable reason for another road trip! I will say the smoothies looked delicious. Apparently, the base was flavored crushed ice, like a slurpee!

Art, thank you! Congratulations on your release today!

Kara, I'm savoring the salted caramel and key lime for as long as I can. Just a little each evening goes a long way.

Carla, we can organize a signing for you at Litchfield Books. Road trip!

Sounds delightful. Made me want to pack my bag and head for the beach. I never thought of post labor day activities. Going to schedule something next year - for sure!

Excellent, Kait. I highly recommend them. It's not too late this year!

Sorry I'm late to the party, Paula--I was on the beach! Your trip must have been fun. I have a nephew who has a house in Little River, SC, which is north of Myrtle Beach. I hope to explore that region someday when life is less hectic. We have few sights to see on Hatteras Island, except of course the beautiful beach. I'm glad you had a wonderful vacation. September and October are wonderful months to enjoy at the Southern Atlantic beaches.

E.B., you're right. Glad to hear that you're enjoying some September beach time. Little River is lovely. Let me know when you'll be in the area.