Returning to Books We Love 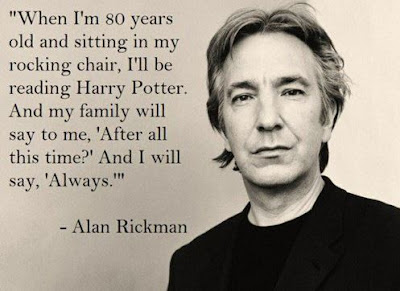 It has finally happened.

I have a child old enough for a Harry Potter read along.

I came to Harry Potter late. By the time I read the books, the sixth one was just about to come out. I read the first five in a giant whirlwind of a month and could NOT get enough.

Then, I read the sixth.

Then, I waited for the seventh with bated breath, just like everyone else in world (seemingly). And once we finally got it, my husband ended up reading it first because he’s a much faster reader and came to the series YEARS before me (smart man that he is). And, so, I waited some more. And then read like my life depended on it.

That was years ago, but ever since we began reading nightly to our oldest, we’ve discussed when we could introduce our favorite books to him. Obviously, we could read Goodnight Moon, Millions of Cats, Corduroy and Mike Mulligan and his Steam Shovel very early. But what we really couldn’t wait to read was Harry Potter.

Last summer, we finally were able to read chapter books to our son. James and the Giant Peach, Charlie and the Chocolate Factory, Diary of a Wimpy Kid. We’d show him Harry Potter and tell him it was about a wizard, but when he saw it had exactly ZERO pictures, he’d shake his head.
But that all changed this week. We pulled it out and started reading it to him on Monday and he lost his little mind. Asked for another chapter. And another. FYI: J.K. Rowling writes LONG chapters, even in the very first book in the series, Harry Potter and the Sorcerer’s Stone.

We’ve been up late every night this week.

But it has been completely worth the exhaustion to see his little face light up with joy as Hagrid accidentally spells a pig’s tail onto Harry’s cousin’s round rear end. Or the surprise when he’s told, “You’re a wizard, Harry.” Or when he giggles at people’s reactions to “the boy who lived” on the street in Diagon Alley.

And it’s funny because even though I will always love these books, I’m falling in love with them all over again through my son’s experience.

I was a happy grandparent when they were old enough to enjoy The Phantom Tollbooth by Norton Justor.

Each time we took our daughter to the dentist, we read one of the books left there for children, "But No Elephants" by Jerry Smath. Year after year, the same book. When they remodeled the dentist's office, I casually mentioned to my dentist's wife, the hygienist, that if they ever got rid of that book to please let me know and told her how much our daughter had loved it. She quickly grabbed it and gave it to me, saying to take it now while it was still there. In the midst of the renovation it could disappear. It was close to my daughter's 18th birthday, so we wrapped it up and gave it to her for her birthday. You would have thought we had given her gold. Tattered and a bit worse for wear, it is among her prized possessions. I read her copy of the first Harry Potter book and ended up becoming a Harry Potter fan. Terrific books.

My oldest son devoured books. Like me, he loved reading. My second son didn't read as much, but he loved being read to. His favorite book when very young was "Go Dog Go". As a third grade teacher for twenty years, I read lots of chapter books to my students - as many as three or four at a time depending on the day. I started with the first in the Narnia series and read the first chapter at the beginning of the day. Some of my favorite books to read my students was "The Cay," "The Sign of the Beaver," "The Door in the Wall," and too many others to mention here. Even though these same books were read every year, I never grew tired of them, and never stopped shedding tears at certain parts. I read the first Harry Potter book to my students, too. There was one girl whose parents objected, so I let her sit in the hall outside my door to read a book of her choice. I only read it that one year because I didn't like having any of my students leave my classroom.

My husband and I have read all the Harry Potter books. One day we were in our living room reading the Sorcerer's Stone when an owl landed on top of the chimney and made "whoooo whoooo" sounds. We were surprised and joked that it was the owl post dropping off our acceptance letters to Hogwarts.

Two of my favorites are A Wrinkle in Time by Madeleine L'Engle and The Secret Garden by Frances Hodgson Burnett.

I tried, I really tried, but I guess my books were too old. Robert Louis Stevenson, Laura Wilder, The Boxcar series, none of them. They wanted the Berenstain Bears, Little Critter, and Clifford, The Big Red Dog. Oh, well, better than nothing.

My mother was very disappointed that none of her children liked the books she'd carefully saved from childhood (Primarily the Five Little Pepper and How They Grew) but to everyone's amazement, several grandchildren loved them. First was my oldest daughter, who early on had eclectic reading tastes. She'd set her own summer reading goals. One year it was to read all the Nancy Drew books and the Iliad and the Odyssey. Another year it was all the Louis L'Amour books.

We loved the Harry Potter books, too. So did the kids.

We loved sharing so many series with the girls - HP of course, The Series of Unfortunate Events books, and Brian Jacques' books. You're in for lots of fun!

I love hearing everyone's stories of books they loved or that their children/grandchildren loved! There really are just so many excellent books out there. I love getting my son hooked!