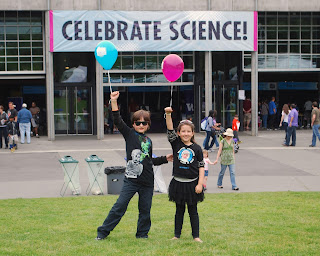 Harvard Kennedy School researcher, Filipe Camante and Singapore Management University researcher Quoc-Anh Do released a study that reported one common factor in high levels of corruption in state governments in the United States was geography.  Capitol cities located in isolated areas had more corruption than capitol cities in more populous areas.  The authors suggest that the difference might be due in part to less scrutiny by citizens and reporters in smaller settings.
Kanner, Coyne, Schaefer and Lazrus published a study, consistent with other research, reporting that minor life events, which compose the uplifts and hassles of daily living, had more to do with an individual’s reported sense of well-being than major life-changing events.

The “cocktail party effect” has been described as the ability to tune attention to just one voice from a multitude of voices.  This is, of course, a handy ability for writers who find interesting story ideas from eavesdropping.  However, concentrating on one voice greatly lessens the attention paid to other voices.  The person you are facing may accuse you of not knowing what he or she said to you while your attention was directed elsewhere.  That person would probably be correct.  Research suggests the ignored conversation is truly ignored even when the non-listener’s name is spoken.  Note: I once attended a party where one person in the receiving line gave an obscenity-laced greeting to everyone who went through the line.  When I looked shocked at what she said, she commented that I was one of a very few people who actually listened to her.

Dr. Elizabeth Dunn and her colleagues at the University of British Columbia reviewed three different studies that revealed that rewarding people with small sums of money did not affect their happiness.  However, when the reward was allowing people to donate small sums to others, people were consistently happier.

They also reported that assessment of wealth is largely determined by someone’s comparison to their peers.  A millionaire hanging out with billionaires can feel deprived.  This may help explain the compensation of CEOs who justify their income by comparing it to other overpaid executives.

Dr. Robert R. Provine, a neuroscientist at the University of Maryland, summarized research on laughter as follows:
Less than 20% of laughter is related to jokes
People are more likely to laugh in groups than when alone
Women laugh more often than men
Most laughter occurs in regular conversation, not in attempts to stimulate laughter
Speakers laugh more often than listeners
Men produce more laughter than women
Frequent laughers are healthier than frequent frowners
Bad feeling lead to bad habits, which lead to less laughter
People who look on the bright side of things laugh more often and are healthier
Laughing is contagious

Have you read about any interesting research recently?
Posted by Warren Bull at 12:00 AM

Moral: if you live in an isolated city, give your money away and laugh a lot?

If women laugh more than men and speakers laugh more than listeners--then that means women must speak more than men. But if that's true, then men can't produce more laughter than women or perhaps, men laugh at their own jokes? Summaries and conclusions of research befuddle me.


Interesting blog, Warren, especially the part about laughing. I know laughing is contagious. In fact, there was a study where they had groups of people start fake laughing "Ha. Ha. Ha" etc. and pretty soon everyone was laughing hysterically with real heart felt laughter. I feel sorry for those who rarely laugh and don't see humor in much of anything.

Interesting bits of info. The internet lends itself to random "fact-Finding." I often start out to do a bit of research for whatever story I'm working on, and an hour later find myself looking at fascinating (but totally irrelevant) information.

Interesting tidbits, Warren. I enjoyed your story about the person who gave an obscenity-laced greeting in the receiving line. I would been shocked...then I would have laughed.