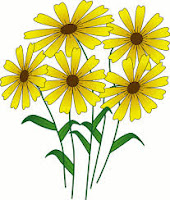 As writers, we’ve all been told to avoid clichés like the plague. They are a dime a dozen. If you find yourself using clichés, drop them like a hot potato. Instead, use something that’s fresh as a daisy or sharp as a tack. To present an editor with a cliché is like waving a red cape at a bull.

What is a cliché?

Originally, a cliché was a term used in printing plates cast from movable type. Letters were set individually, one at a time - so it made sense to cast the same phrase over and again as a single block of metal. That constantly repeated phrase was known as a cliché, or stereotype.

Now, cliché refers to an expression that has been overused to the extent that it loses its original meaning or novelty, and is viewed as stale as day-old bread.

Some think of clichés as a kind of shortcut, infusing additional shades of meaning into a simple phrase. The argument could be made that clichés thus offer several blessings in disguise. Silver linings, so to speak. They are more likely, however, to end up sounding like the same old, same old. While we don’t want to throw the baby out with the bathwater, we must leave no stone unturned in our quest for fresh prose. The clichés must go!

Here is a rhyming list of clichés from the beginning of the previous century:

As wet as a fish—as dry as a bone,
As live as a bird—as dead as a stone,

As plump as a partridge—as poor as a rat,
As strong as a horse—as weak as a cat,
As hard as a flint—as soft as a mole,
As white as a lily—as black as a coal,
As plain as a pikestaff—as rough as a bear,
As light as a drum—as free as the air,
As heavy as lead—as light as a feather,
As steady as time—uncertain as weather,
As hot as an oven—as cold as a frog, 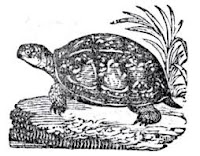 As gay as a lark—as sick as a dog,
As slow as the tortoise—as swift as the wind,
As true as the Gospel—as false as mankind,
As thin as a herring—as fat as a pig,
As proud as a peacock—as blithe as a grig,
As savage as tigers—as mild as a dove,
As stiff as a poker—as limp as a glove,
As blind as a bat—as deaf as a post,
As cool as a cucumber—as warm as a toast,
As flat as a flounder—as round as a ball,
As blunt as a hammer—as sharp as an awl,
As red as a ferret—as safe as the stocks,
As bold as a thief—as sly as a fox,
As straight as an arrow—as crook'd as a bow, 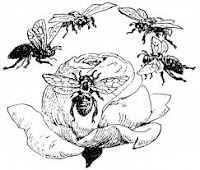 As yellow as saffron—as black as a sloe,
As brittle as glass—as tough as gristle,
As neat as my nail—as clean as a whistle,
As good as a feast—as bad as a witch,
As light as is day—as dark as is pitch,
As brisk as a bee—as dull as an ass,
As full as a tick—as solid as brass."
(Pictorial Comedy: The Humorous Phases of Life Depicted by Eminent Artists, Vol. 17, 1907) 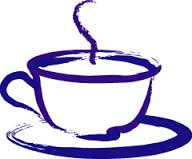 We still can't get away from them, and they seem to be as numerous as grains of sand on a beach.

And we’ve been told a billion times, don’t exaggerate.

Remember, actions speak louder than words. Better safe than sorry. We need to take one day at a time, and realize that writing is not everyone's cup of tea..
Posted by KM Rockwood at 12:00 AM

I hadn’t heard the poem before. I wonder whether everyone still knows the definitions of words like sloe and pitch.

KM, your blog left me happy as a clam.

Whenever I read cliches, I question them. Are moles really soft? Who tests the moles? Does someone actually finger them to determine they're soft? Are foxes sly? How is slyness measured? Safety glass isn't all that brittle. I've tried to break it before and the baseball bat I used almost hit me in the face when it bounced off the glass. And everyone knows time isn't steady--in accidents it always slows and when you're having fun it flies. Maybe that's why writers are cautioned not to use them.

Jim, the one I had to look up was grig. It's a cricket or grasshopper. Sloe (a kind of berry) and pitch (a tarry substance) are in the cob-webbed section of my recognized but not working vocabulary.

Warren, I'm pleased as punch to hear that.

E.B., I think you've hit the nail on the head with one of the problems with cliches. However, I can attest that moles are soft. My cats sometimes will bring one home to share.

KM, this is so funny. It had me laughing. The only time it's appropriate to use cliches is when you have a character speaking them. In fact, I might save the list you gave to have a character use them. :-) Actually some proverbs become cliches - "Don't cry over spilled milk," "You can't make a silk purse out of a pig's ear." I have a character who likes to spout these

Thanks for the laugh, KM! A few people have pointed out that I sometimes use clichés when I write. I'll work on that…back to the drawing board...

Hysterical! And as my critique partners will attest - GUILTY! I try, I try, but sometimes, well, nothing says it like...a cliche.

So funny! I'm guilty too, Kait! Or should I say guilty as sin ;)

Gloria, you're right--some characters do speak in cliches. And it sounds exactly right when they do.

Kait, I think we all use stereotypes and cliches as shortcuts sometimes. They can paint an entire picture with just a few words. And sometimes that picture is right as rain.

KM, this is so cool! Thanks for sharing.