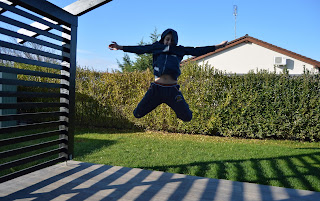 If you attend at Kansas City Royals home game, you might notice the attention given to the person sitting in section 101 Row C Seat 1.  You might also notice that the seat is red while all other seats in the stadium are blue.  That seat is the Buck O’Neil Legacy Seat.

Following his death at age 94 in 2006, the Royals established the seat the next season which is given to someone who, by his or her involvement with community activities, “embodies the spirit” of John Jordan, “Buck” O’Neil.

However, listing his many accomplishments does not do justice to the man.  Buck experienced discrimination because of his race throughout his life.  Although he was delighted when players from the Negro Leagues were admitted to the Hall of Fame, he was nominated but not admitted.  These experiences did not change the joy with which he lived.  Buck was always ready with a smile and a story.  His positive outlook endeared him to the people of Kansas City.  Even when his health declined he only admitted that he got tired easily.  He continued to represent Negro League players and baseball in general with enthusiasm.

Since his legacy seat was established, it has been occupied in every home game. I think he would be proud of how he is remembered.

Do you know someone who shows joy in how he or she lives?
Posted by Warren Bull at 12:00 AM

What a nice way to honor someone.

What a nice tribute to an honorable man, Warren. It's refreshing to hear about an athlete who is a true role model.


He sounds like a remarkable man. Both my father and my brother enjoyed life to the fullest, but they didn't play sports.