HOW TO GET ARRESTED 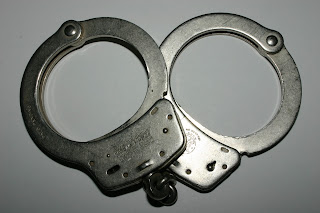 How to Get Arrested

First, I want to thank Leonard Pitts, columnist for the Kansas City Star who wrote about what follows on the editorial page of the Star on 6/2/15.

Recently in Madison, Wisconsin a police officer shot and killed an unarmed black teenager.  The District Attorney investigated and decided not to charge the officer.

The Chief of Police in Madison, Michael Koval, wrote a blog, http://www.cityofmadison.com/police/chief/blog/?Id=6557 which I suggest you read. Chief Koval set out the options for community members to respond to the events in more detail, and with more eloquence, than I can present here.

In brief, he empathized with all those involved.  He admitted the role that police officers had in establishing mistrust between the community and police.  He discussed the fact that some people may make a “principled decision” to respond with civil disobedience.  He then talked about actions such people might take and the consequences that would follow.

The chief made a clear distinction between crimes that would require an entry be made into a court database and violations of a city ordinance, which could and would be handled by a citation and release action.  Entries into the court database would remain in the system even if charges against a person were later dropped.  Entries are available to the public.  Those crimes involved mandatory arrest and time in jail.  The chief strongly urged avoiding getting a RAP sheet (a record of arrests and/or prosecutions.)

To answer the question that would inevitably come up, the Chief and the District Attorney are black.


Please read the Chief’s blog and let me know what you think.
Posted by Warren Bull at 12:00 AM

Sometimes it takes more than a few citations to change society. During the Civil Rights movement it was necessary to fill the jails to overflowing, clog the “justice” system, break down the well-oiled Jim Crow laws. It was and never is necessary to destroy property, loot stores, physically abuse anyone.

That does not mean there are not different consequences for different levels of civil disobedience. You need to be prepared to do the time if you are going to commit the crime—even for the best of reasons.

Jim, You are right. Martin Luther King, Jr. wrote his famous letter from the Birmingham Jail after he was arrested for civil disobedience. Civil disobedience also often results in violence directed at the protestors. That's another thing you have to be prepared for.

I think it's important to note that while Chief Koval's blog concerns civil disobedience, the original incident was, in fact, a police response to an out-of-control, intoxicated individual who attacked the police officer in question. The officer was responding to a call concerning someone who was acting irrationally and attempting to strangle someone.

It appears that Chief Koval's thoughtful response was an attempt to educate anyone who might consider participating in a civil demonstration. Madison is a university town; it is probably well acquainted with civil demonstrations and how to handle them.

There is a vast difference between a demonstration and responding to a call for someone who is attempting to kill someone.

I have always told my own children and students that, if confronted with a situation where the police are present, follow the directions given by the officers, whether you feel they are justified or not. This is especially true where the situation is tense and the officers have little or no time to think through a response.

You can always file a complaint later if you disagree with what the police have done. But not if you're dead.

I agree with KM. I also think the Chief was doing a great public service to educate the public. Few know the distinctions of the law.


Warren, Leonard Pitts is one of my favorite columnists. I always look forward to his columns. I also agree that the Chief was doing a good job trying to educate the public. I also know there are some who will refuse to listen to common sense.

Although I'm an extremely law-abiding citizen, I guess I've always had problems with the idea of doing whatever the police said, even if you know what they're saying is wrong or even illegal. We are not supposed to be a police state. However, from everything I can see lately, we are now--or are very close to being--one, so I guess I'd better change my mind and decide to cooperate, even with illegal orders, lest I end up dead. Sad statement to make in the U.S.