Serendipity, Coincidence or Whatever 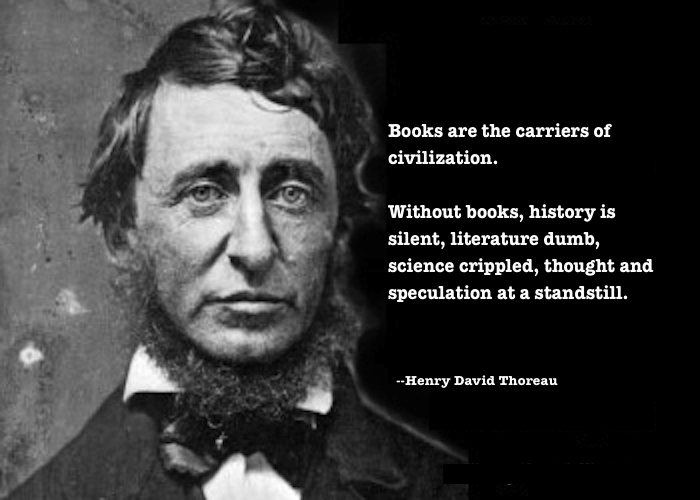 A little over a week ago I ran into a young man at the Village Book Store. He was visiting with the owner when I came in and somehow the conversation veered towards coincidences that happen. He recommended the book The Secret by Rhonda Byrne, and pulled it from the shelf for me. Rather than disappoint him, I did buy it. From what I gathered from his conversation and the blurb on the flyleaf, we have the power to make things happen by thinking about it. The author has quoted and used the studies of others in her book. 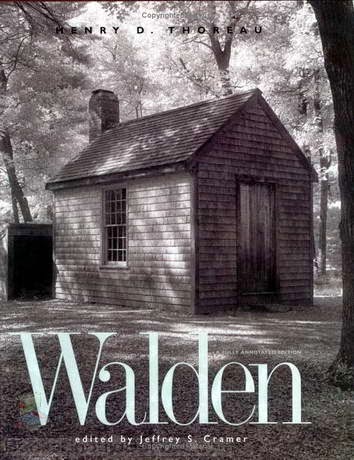 Doug, the young man, mentioned Henry David Thoreau, someone I admire as well as Emerson and the other Transcendentalists.  He told about going to the replica of Thoreau’s cabin at Walden Pond with his wife some years ago, and he felt it was not in the same spot that Thoreau had built his cabin, but a little further away. As he was discussing this with his wife, a green leaf fell from the oak tree near him and landed on his shoulder. He felt it was a sign and has kept that leaf.

From there we started to compare notes on strange coincidences. I should add here that I’ve been worrying about how to murder my victim during a Civil War Reenactment going on in my next book. I know my murderer and know how I want it to happen, but wasn’t sure how it would work. I found out Doug has been interested in Civil War stuff since he was a kid and started taking part in Civil War Reenactments when he was a teenager. We worked through the logistics of how it could happen and I took notes so I’d remember. He also answered some of my other questions, too. 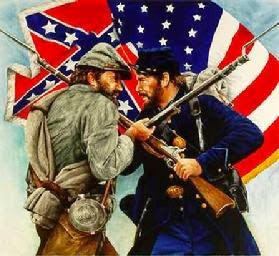 When I was teaching third grade, every morning I’d put a bonus question on the board that would require the students to look a word up in a dictionary or encyclopedia. They didn’t have to do it, but would get a funny money if they had the correct answer. Ten funny monies earned a prize from the prize can. It could be something like “Would a spelunker like spaghetti? Why or why not?” One morning the bonus question was something like “Would physiognomy live in a jungle? Why or why not?” Since we were studying Native Americans at the time, I picked up a book of poetry by Carl Sandburg that morning to read “Buffalo Dusk”. As I was browsing through the book looking for it, I came across the poem,  “Phizzog” which was Sandburg’s play on the word Physiognomy – “This face you got, This here phizzog you carry around, You never picked it out for yourself, at all, at all – did you?” This is only the first few lines of the poem, but you can see why my mouth dropped open when I came across it.

I’ve had three incidents this past month; all to do with music that caused me to wonder. One evening I was browsing through my extensive piles of CD’s looking for a certain one (I should put them in some order) when one with a red words on the edge caught my eye. I pulled it out and it was a CD of Yo-Yo Ma and Bobby McFerrin. I hadn’t played or listened to it in years and set it aside to play it sometime soon. Two mornings later, I woke up to Kristen Tippet’s show On Being that’s on NPR Sunday mornings. That morning she was interviewing Bobby McFerrin. I listened to most of it and then brought it up later on my computer to get all of it.  Another evening I was browsing through the CD’s and came across a CD of The Kingston Trio, I’d bought at their concert I’d attended about three or four years ago.  As with most CD’s I buy at concerts, I’d listened to it quite a bit at first and then it got buried and I hadn’t listened to it in sometime. Those of you, who remember them, might remember their song; “M.T.A.” and poor Charley who is still riding that train in Boston. A few nights later, on the radio, I heard that song again. Strange coincidence that. The third one was one afternoon when I thought about Robin and Linda Williams, a folk singing couple I especially like and have seen at several concerts. They are often on Garrison Keillor’s Prairie Home Companion, but I realized I hadn’t heard them on there in some time. If I’m home, every Saturday night I listen to that program. That evening when it came on, guess who were among his guests that evening? You’re right. Robin and Linda Williams.

We’ve all had instances of thinking of someone; someone we hadn’t heard from or thought of in some time only to have them call. I’m going to have to find time to read “The Secret” and find out what the secret is.

What moments of serendipity or coincidences have you experienced?

The math major with minors in psychology and education is about to throw some water over this whole coincidence thing.

The human mind is wired to find patterns. Finding them kept us fed and prevented the lions from feeding on us. Given a series of random numbers we will try (and often succeed) in finding a pattern within them.

We remember coincidences and ignore the gazillion times we thought of something and were not provided feedback from Gaia in the form of a parallel occurrence.

Honestly, how is your luncheon conversation going to go when you start listing the first hundred things you thought about or did or saw that had no bearing on anything else that happened that morning. Your conversation partner will tune you out before you reach your fiftieth example.

But, find a synchronicity, and now we have conversation and speculation about higher entities, etc.

Of course, just yesterday while walking in the woods with my sister, she told a story that involved a powerful set of coincidences, and I thought "what perfect timing for Gloria's blog."

Jim, thanks for my first laugh of the morning. And now if my spoiled dog will let me finish this, I'll say I know you're right, but still those things do boggle my mind.

Enjoy the rest of your visit.

Hi Gloria and Jim,
That was a nice chuckle to start the day!
I do love the coincidences that give the illusion of order to our crazy mixed-up universe - and I guess others do, too, since The Secret was a best seller. (And do tell us The Secret, Gloria!)
But I've been married to an engineer too long - the pattern-finding explanation makes sense to me. Now, the psychic connections among loved ones...that's a different story, and one I happen to believe in.
And now I have the Charlie on the T song stuck in my head. "Oh, he never returned, oh he never returned...."

Shari, my second laugh of the day. As for The Secret, it probably won't be read for quite some time since I brought home 20 books from Malice and that doesn't include Linda's latest book that I preordered and I want to get to as soon as possible.

When I finished grad school (eons ago), I started packing up my stuff to move. I found a metal box I hadn't opened in years. In it were a bunch of letters from my HS boyfriend--someone I hadn't talked with in almost ten years. While reading a letter, the phone rang. Yep. It was him.

I know I've had some, but I can't think of any right now, of course, as I'm writing this comment. Loved the blog, though, even if I apparently can't contribute today!

Carla, no matter what Jim wrote, that was totally a strange coincidence above and beyond what I wrote about.

Thanks, Sarah, for stopping by. Maybe something will come to you later and you can come back and share it.

Last night my husband and I were about to watch a movie at home. I joked that I was going to grab the phone (landline) and keep it next to me in case someone important called. I rarely do that since family and friends usually contact us on our cell phones. Just as I reached for the phone and my fingers were about to touch the receiver, it rang. Oddly enough it was an important call. I don't know if it was a coincidence or a predictable event but the timing made us laugh.

Interesting, Kara. Those things do make us wonder, don't they. It's almost as if we have some psychic power sometimes.

One I always wonder about is in the daily comic pages. I get the Washington Post, and they have a nice selection of comics (and I love them) Every once in a while, it seems like the cartoonists must be communication somehow, because several of them will have the same theme. Golf, picnics, plumbing disasters--how this happens is a mystery. It reminds me of discoveries that are made in different parts of the world at about the same time. Perhaps when conditions are right, such things happen.

KM, the comics are my dessert after reading the news. I love them, and like you, I have seen the same thing. Sometimes as many as three or more different cartoonists have the same theme. Maybe they do collaborate on certain themes once in a while, or maybe it's just a coincidence.

I was scattered yesterday as I was steam cleaning carpets--never my favorite task. I'm reading Edith Maxwell's organic farming series now. Although I knew where I live, Loudoun County, VA, contained farms that grew organic fruits and vegetables, I hadn't expect to get a tour of one, modeled on subscribers such as the one in Edith's book. I thought that was very coincidental. It also gave rise to questions for the interview I'm doing with Edith.