Why I Hate TV

Without today’s safety standards, it was said that at age nine months, I hopped myself in a bouncy chair (some contraption on springs without safety belt) over to the TV and turned it on (1956). My mother, who was in the kitchen at the time, heard the sound of the TV, ran out of the kitchen and came upon me, happily watching the box. Since that time, my relationship with the required home appliance has gone down hill. 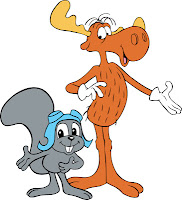 In between, I had a love affair with Romper Room, Perky Platypus and Mary Jane (for those of you in the South Central Pennsylvania area) and Captain Kangaroo.  I had affection for Yogi Bear and Boo Boo, Mr. Magoo and Rocky and Bullwinkle (okay some F-Troop too). I watched my share of McHale’s Navy, The Addams’ Family, and Green Acres—they were all a hoot. Later, the Monkees played heavily in my Monday night schedule.

In high school, I invented a curfew, so that I could watch Johnny Carson’s monologue, rather than endure heavy petting that my dates finally and much too late screwed their courage to advance. Had they started at nine p.m. rather than eleven, who knows what would have happened? As it stood, Johnny and I had a date. My blind parents never knew to whom my true affections allied, and they were worried!

In my college years, TV held no appeal. In my mid-twenties, after work, I caught up on a lot of reruns I’d missed, mostly MASH, which I admit I loved, as I did “Moonlighting” with Sybil Shepard and Bruce Willis. After that, I had kids, and TV went the wayside.

In my thirties, TV meant kids’ TV. I have to admit that I was impressed with much of it. When I saw George Carlin as the conductor on “Thomas the Tank Engine,” followed by Ringo Starr when George “retired,” I was impressed. My son didn’t know, but he was privileged to have seen those two doing what they did best. Then, Sesame Street had its charms, and I was thankful my kids could watch a show of that quality.

Then, they grew up and I abandon TV. Once I was free to choose what I wanted to do with my time—TV wasn’t a consideration—it became last place in my priorities. Why?

Absorption: TV sucks people into its monotony like a hypnotist. My kids absorbed twenty years of my life. They were my priority. Why would I allow some “thing” to absorb me once I was free?

Advertisements: Out of every hour of programming about twenty minutes is devoted to selling the audience products. No, thank you. 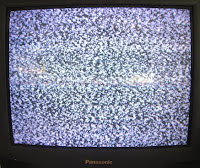 “Real”shows: Aren’t. Even HGTV, which I watch with girlfriends on occasion, isn’t real. HGTV now uses its subjects to advertise products. You’ll see the happy couple trying to buy their first house, and then when the commercial break comes, that same happy couple promotes a sponsor, which I consider over-the-top blowing every bit of authenticity the network purports. In novel writing, it would be much the same if the author included a Jeep in the manuscript and then every third chapter inserted a Jeep advertisement. Turn me—off.

Noise: I’ve heard that the FCC is now clamping down on TV stations, which increase the volume when commercial breaks happen. Of course, the FCC allowed the networks to increase the volume—all for our convenience. Refrigerator-foraging TV watchers couldn’t hear the TV during breaks unless the networks blasted the TV volume so the FCC authorized volume increases—deafening most people. I called and complained. They assured me that they were within their legal right to do so. Why did I ever think the government worked for us?

We’re not all slobs who must clean out the frig at every commercial break. For most, who stay seated, the Mute button got a big workout during commercial breaks. Now, the FCC will be decreasing the volume increase that networks can assault us with from programs to commercials. About time—ya’ think!

My sister-in-law and daughter assure me that there are those shows like “Office” and “Monk” that are worth watching. Me? I’d rather read. Take the $115 per month for satellite TV and put it on my book budget. Oh yeah!

Elaine, you won't hear any arguments from me. Many years ago, I decided that the only way I'd find time to write in my busy life was to stop watching television. I've watched very little since--usually when we're at someone else's house or a restaurant where one is playing. Things you don't notice when you watch all the time really show up when you hardly ever see it. Things such as the louder commercials, the constant mean and nasty political commercials in season, the way it turns your mind to mush for a period of time and leaves you wondering what you just did with your time.

I know there are some excellent shows on TV right now, such as Downton Abbey and Game of Thrones. We watch them on DVDs when they come out.

Yes, we recently acquired an Apple TV box that has many TV series on it. I still don't watch it, but my daughter loves the box, which also has Netflix so you can watch on your TV without squinting into your laptop screen.

I have to admit that one of the reasons that I stopped watching was due to not having enough TVs in the house for everyone in the family. Their TV priorities were more important than mine, and I found I didn't miss it at all. I've always been a reader so not watching TV wasn't a big loss for me. The more I watch, the more convinced I am that the dumbing down of America is true, and that saddens me so much that TV also depresses me.

We often watch the news during dinner. Those political ads turn me off. Maybe since I write, I can discern promotional writing, but it all sounds like a mish-mash of tag words that appeal to people's emotions, much like evangelical preachers--who I avoid.

I am selective. I like the new Longmire and I am a fan of The Closer. I also like The Daily Show and Colbert, where serous politics get discussed satirically.

I luv, luv, luv the mute button, but I couldn't survive without my crime shows!

I totally agree. I'm enjoying the Olympics right now--one thing is there are few commercials. I had to move to a different chair to watch them. I usually sit where I can't see the TV and either read or work on the computer. I got so I hate the commercials. It's bad enough they show them once, but they show them over and over again. For the really good shows, better to watch them without commercials when they become available for DVD or Netflix. Better control that way--how much to watch and when.

Glad you explained those programs, Warren, because I wouldn't have known. There are times that I think I'm missing things by not watching. Mainly just because of the social references I might miss in my writing, and I'm not sure that's enough to take away from my entertainment reading.

Leigh, I know that I lot of people love the crime shows. But when I went to the Writers' Police Academy last year they assured me that shows like CSI don't get it right as far as police procedure, forensics, etc. are concerned. So, although I may miss the social references for my writing, at least I'm not confused thinking that what I'm seeing on TV is right, then write something only to find that I got it all wrong. Worse, have something published that makes you the ridicule of all the experts. (I fear that problem. Warren's caught some of my gafs, thank God!)

Jan--I like watching the Olympics too--I admit it--but at least that really is reality TV! Try an Apple box. You can watch Netflix and TV shows for free without the commercials. They also have new movies out that are cheaper than the cable/sat. services provide. All you need is an Apple account (that I have via iTunes and a Apple box-about $100) I'm told it's great.

E.B. you could be me talking. :-) I'm sure there are some shows on cable or satellite TV that are worth watching as one of my sisters keeps telling me. She tells me I'm not keeping up with the world by not watching TV.

I keep telling her I read the newspaper, TIME and listen to the news on NPR, but I'd much rather listen to soft music I like while I read in the evenings.

When I'm somewhere with the TV on or in our hotel rooms on this past vacation where one sister always turned the TV on, as much as I tried to concentrate on my book, I found myself watching, too, and found it annoying.

Like Warren, though, I'd probably enjoy watching Colbert and I did enjoy seeing Rachel Maddock (Spelling?)when they had her on, but it's not worth paying for cable to get them. I probably could get sucked into the Olympics, too, if my TV was working right now since one of my former students is in the finals there, but I can Google her and see how she's doing.

I've lived with TV & without it, & I'm okay with either situation. I certainly can't STAND "reality" shows--for the very reasons you states--& I'm not into many dramas, but there are about 3-5 shows that I enjoy during the regular season & 3 that I enjoy on USA during the "off" season. Otherwise, I use the TV for watching movies.

One thing I can't stand is when people have the TV on (muted), music playing in the background, & are working on their computer. My husband, Craig, does this & it drives me a little batty. It's almost like I can feel the electricity overload, & I just want to turn at least the TV off.

Glad you keep up with the news, Gloria. I watch about 1/2 hour per day--glad I do--even if it is depressing. Keeping up with the social milieu is a bit more difficult without TV. But if that makes me an old f**t, so be it. Everyone can think of me as "eccentric."

Alyx, wait until your parents are old and deaf. The TV becomes an overbearing tyrant in the corner of the room. Once my sister and I caught ourselves shouting at each other because we had just come from our deaf mother's house. We had been screaming the entire evening over the TV and at Mom, who could only hear us if we screamed. When we realized what we were doing, we sat down and drank a glass of wine (in silence).

The thing is that I find it harder to find books to read then tv shows to watch. It seems like screenwriters are far more talented then novelists. But really, aren't they the same thing? its storytelling one way or another. Its been a long time scince I have read a book i really enjoyed.