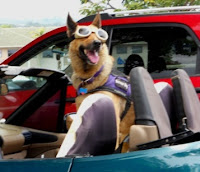 Lately, dogs have been on my mind. My husband and I plan to add a canine companion to the household but disagree on the size and type. My husband wants a large, active dog that sheds hair, slobbers and scatters drool when he shakes his head. I prefer a small hypoallergenic lap dog that naps. The truth is finding the right dog and training your friend is hard work. However, if done correctly, dogs will work unbelievably hard for humans.

Almost daily I read about dogs finding a lost child or fending off wild animals to save their owner. Sometimes it’s at the expense of their lives. In one case, a dog who fought off a snake attacking a baby, died after being bitten. (I know “who” should be “that” but I consider dogs one of us.)

They are “employed” as canine enforcers with the police and military, sniffer dogs hunting for contraband or searching for humans among earthquake rubble. On a trip to Canada, in the airport baggage area, I saw a beagle wearing an official red vest emblazoned with a maple leaf. Ears flying, he nimbly leapt on and off luggage riding the conveyor belt, intently sniffing for illegal substances.
One of my favorite photos is a military dog parachuting out of a plane wearing “doggles” and a bullet proof vest on the way to a top secret and dangerous mission. They get shot and can suffer Post Traumatic Stress Disorder like humans. In fact, doctors are now teaming dogs and humans both suffering from PTSD to help each other recover. Amazingly, the only payment dogs receive for risking their life is a bowl of kibble and a scratch behind the ears

When my sister was going through daily radiation treatment for cancer, the only thing she looked forward to was a visit from the service dog in the waiting room. He was always happy to see her, wagging his tail and nuzzling her leg. One day he was so enthusiastic with his wags that his tail knocked over a drink on a nearby table. Many patients chuckled or smiled at his well-meaning antics. Sometimes in the midst of a fight for life, comic relief is best.

Eager to please, dogs also entertain us. One of my favorites is Ashleigh and her dog, Pudsey, dancing on Britain’s Got Talent. Even Simon Cowell stood up and applauded at the finish of their routine. http://www.youtube.com/watch?v=OGt_6foIZDU&feature=related

A few years ago, toward the end of a fast moving thunderstorm, I saw a flash of lightening immediately followed by a thunder boom. It was so powerful the house shook. About ten minutes later, I smelled smoke and traced the smell outside. The smoke was so thick it swirled like fog then I looked up and saw a neighbor’s roof on fire. A few minutes later, fire trucks pulled up. How did they get there so fast? It turns out the vigilant family dog warned the owners. Thanks to this canine hero nobody was hurt although the townhouse was gutted.

When we finally add a dog to the family I will be honored to work hard to take care of her. I also hope to learn better work habits from my future dog so I can focus and give it my all until the job is done. So, remember, if anyone calls you a dog or some variant of the word, be very proud!

What have you learned from your dog?
Posted by Kara Cerise at 12:01 AM

We've never had pet, Kara, but I like dogs a lot. They are nonjudgmental and a loyal. My next door neighbor, Berry the Goldendoodle, has his own facebook page. He's much larger when his hair isn't short, and when he stands his paws are on my shoulders. But he's a gentle, well mannered soul. Here's his link: http://www.facebook.com/#!/Berrythegoldendoodle

What a cute photo of Berry with sand on his snout! He must have been snuffling on the beach. Thank you for the link. (I wonder why Facebook doesn't have a separate section for pets on timelines? Hmm)

I like dogs, but I'm particularly fond of collies from reading all the Albert Payson Terhune books in my school library. I got my first collie, a mixed breed, when I was 16 years old. Since then I've probably had 7 or 8 over my lifetime along with other breeds here and there, but collies remain my favorites because they're gentle and loving and friendly.

My last two were house dogs. One time Molly, my last one found a nest of baby rabbits buried under one of my rose bushes. I got her away from there and kept her tied up or in the house. The next day, thinking she'd forget about them or maybe I forgot about them, I missed her while doing barn chores. I went looking for her and she had every one of those tiny baby rabbits out and lined up on the lawn while she bathed each one and then nosed them to get them to move. Even when a rowdy kitten I brought home for her to keep her company, leaped on her back and mauled her ears or dug her claws into her, Molly never even growled.

My Maggie is just as gentle. My granddaugter discovered her two year old pulling Maggie's tongue out. I guess to see how long it was, and Maggie patiently put up with it.

Thank you for sharing your lovely stories about Molly and Maggie, Gloria. I didn't realize that collies are so gentle and patient. A good breed to keep in mind during my search!

Kara, I'd like to suggest that you and your husband try your local animal shelter. There are probably several around near you. Rescue dogs are wonderful companions. They repay our act of giving them new chances at life with incredible loyalty and affection. You will even find many purebred dogs of various kinds needing rescue. There's a rescue organization for every breed of dog.

Millions of dogs are killed because people won't spay or neuter their pets and because people willfully discard them--and I won't even go into the heartbreak of the loving families forced to give up their family members because of foreclosures, etc. Many shelters must euthanize dogs weekly or even daily to make room for new ones. These dogs being killed are good dogs. My last two were rescued on what was to be the last day of each of their lives. What a loss to the world that would have been and especially to us!

There have been articles in the paper about a veteran whose bomb-sniffing dog saved his life several times in the Middle East. The soldier retired and the dog kept working, training other dogs for the army. The veteran kept searching for his partner and after the dog retired the two were reunited.

Linda, we are definitely looking for a rescue! There are so many dogs in need of a good home. While doing research I had a moment where I imagined being an undercover reporter and exposing/closing puppy mills.

Kara, yes! I once had a rescue dog who'd been a puppy mill mom for many years and was turned out to die when she couldn't breed any longer. She was in such bad shape, but such a sweetheart of a dog. We only had her a few years because she was older and her health had been so impaired, but at least her last few years were happy ones.

In kindergarten and first grade my walk to and from school included crossing over an active railroad track -- one of the very many reasons I would be late going to or fro, but that's a different story. The crossing was on a sidewalk and there was a railing, but not screening as you often see now.

One of the kids in my neighborhood was nearly blind. Their family dog (I'm thinking shepherd, but it has been 55 years, so who knows) went wherever the kid did.

One day the kid fell off the bridge and onto the railroad tracks. The dog raced down the embankment and pulled the unconscious boy off the tracks. That was reported by the engineer of the train that ended up hitting the dog, but not the boy.

The dog lost a leg; the boy lived and never fessed up to how the accident happened; just from hearing the story (and having the fear of God thrust upon me should I fool around on the bridge) I still have a bit of a fear of bridges, especially leaning over and looking down.

Amazing story, Jim! The dog is a true hero.

Reading about the near tragedy gave me a chill, though. I understand why you developed a fear of bridges and heights. That's a life changing event especially when you're young and it happens to a friend.

When I had to put my beloved Molly down when she was just short of 5 years old, when I was ready to get another dog, I contacted two different collie rescue groups. I was willing to travel for one, but they had nothing younger than 7 or 8 years old or older. After what I'd just gone through holding my sweet girl and singing to her while she licked the tears from my face, I didn't want to have to go through it in a few years again. Maggie was 18 months old and the breeder was willing to part with her because she didn't show well. She's a very timid dog and had been muted. I feel I rescued her even though I had to pay for her. She's not kept in a kennel anymore nor is she used for breeding.

Linda and Gloria, I hadn't thought of rescuing a female dog used for breeding. I was touched reading your stories.Thank you!