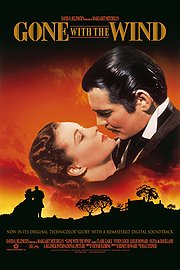 I wrote a guest blog some time ago about how writers in other genres can learn to use suspense techniques. Now, I'm preparing a workshop I'll give at a writer's conference in October on the same topic, so I thought I'd pull it all together for Writers Who Kill today.

Suspense is not only the province of thriller writers, and some of our techniques can be useful to writers of other genres. Every novel needs suspense elements to keep the reader turning the page. At its simplest, suspense consists of making the reader want to know what happens next. At its best, suspense is making the reader worry that his beloved protagonist will never reach his overpowering need or goal and what on earth is going to happen next! You will find this kind of suspense in all kinds of good novels. Will Atticus Finch be able to save innocent Tom Robinson’s life in To Kill a Mockingbird ? Will Scarlett O’Hara save Tara in Gone with the Wind ? Will Paul Atreides be able to become the Kwisatz Haderach to defeat the evil Harkonnens and the Emperor in Dune ? There are a number of ways to provide suspense in a story. I say “provide” rather than “insert” because the suspense needs to be integral to the story and not just something added on.

One of the most important ways to increase suspense is to make it clear to the reader at the beginning of the story just what is at stake. It must be something that threatens to devastate the protagonist’s self-image, life or world, and he must be willing to make any sacrifice and go to any lengths to keep this from happening. However, another fine way to keep the reader wanting to know what happens next is to open your story or book deep in the action and explain it later. Although these strategies seem contradictory, they can be combined to add powerful elements of tension and apprehension to the reader’s experience of the book. If you start in the middle of some strong action scene, and then in the next scene or chapter, establish the background of your characters and the situation, you can delineate the high stakes that are involved for your protagonist here. These combined strategies can be used in almost any kind of story.

An alternative to this kind of two-part opening can be a first scene or chapter that establishes the protagonist within her everyday world but buries hints of impending change or danger within these ordinary moments. This is foreshadowing, and it has been misused often, but when the hints are subtle enough (while still being apparent to the attentive reader), foreshadowing can build excellent suspense. Movies have it easier here because they can use the background music to warn the audience that something wicked this way comes. Writers must try to create that same kind of atmosphere with sharp dissonant details and atmosphere.

In the case of the first-person protagonist viewpoint, you can avail yourself of some of that reader foresight of disaster by stealing a trick of the traditional mystery writer. In the traditional mystery, as opposed to the suspense novel or thriller, the reader is in the dark and trying to figure out what happened and who the villain is at the same time as the protagonist does. Write in details that plant questions in the reader’s mind about the various characters, about what really happened in the past, and about what might happen in the future. Mystery writers call these “clues” and “red herrings.” Clues are actual evidence of what has happened or might happen, while red herrings are false harbingers, leading the protagonist and the reader in the wrong direction. Either of these can increase the reader’s need to know what’s going to happen. All characters have some secrets, even from themselves. Something that reveals one of these secrets, perhaps one that someone has lied about, will build suspense. When using clues and red herrings to increase suspense, keep the ratio of clues to red herrings high in the favor of real clues to keep from annoying the reader.

Another way to use clues is to plant some detail that brings uneasiness but is made to seem innocuous at the time. Later, this detail will turn out to be an important harbinger of some violence or problem. This stems from Chekhov’s gun on the wall which must go off before the play is over, or Brian Garfield’s famous dictum—“Plant it early. Pay it off later.”

A great technique to ratchet up tension in a book or story is to use a deadline. Time becomes the enemy and is working for the villain in this technique. The bomb is ticking and our heroine must find it and disarm it while that clock on it is inexorably ticking down to explosion and other obstacles are thrown in her way inevitably slowing her down. It needn’t be an actual clock or bomb, and it needn’t be minutes counting down to disaster. It could be years if we’ve been given a large enough view and long enough timeline at the beginning of the book, perhaps with a genetic time bomb ticking away.

Suspense is always present when the reader knows the protagonist is fighting seemingly overwhelming odds. The reader wants to see him stretched to the breaking point as he tries to prevent the feared disaster (remembering that this is a disaster in the protagonist’s eyes, not necessarily a “blow-up-the-world” disaster). Your character must learn new skills, access new abilities, overcome old flaws in ways he never thought he could in order to save the day. This kind of determination will keep the reader turning pages to find out what happens to him next. 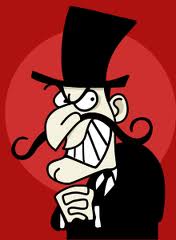 An important but often overlooked way to ratchet up tension and suspense is to allow daily life to throw extra obstacles in the protagonist’s way. She’s trying to get to the old house where her child’s been left by the bad guy before the flood waters drown the kid, but it’s rush hour and there’s a huge accident and traffic jam, or she runs out of gas on the deserted creepy road to the house, or the flood waters have brought out alligators or poisonous snakes, or the street she needs to take has been blocked off for road repairs, or her ratty old car that she can’t afford to replace refuses to start, or… None of these are things the antagonist did, but they impede her nonetheless. This technique also has the positive effect of increasing reader identification with the hero. The reader knows what it is to be in a hurry to get somewhere important and encounter a traffic jam or blocked-off road. It also helps with the writer’s most important goal—verisimilitude. We all want to make our story-world become so real to the reader that he will never wake from the story-dream.

Suspense is a technique every writer can use. It’s a matter of creating a steam engine with no whistle, so that the steam builds in pressure, and at any time there could be an explosion. As a writer, in a thousand ways, great and small, your job is to keep turning up the heat under that engine.

In my own mystery-suspense novel, Every Last Secret, I can show some of these techniques right in the jacket copy. I’ll bold them. Marquitta “Skeet” Bannion fled a big-city police force and painful family entanglements for the peace of a small Missouri college town and a job as chief of campus police. Now, the on-campus murder of the student newspaper editor who traded in secrets puts Skeet on the trail of a killer who will do anything to keep a dangerous secret from being exposed. While Skeet struggles to catch a murderer and prevent more deaths, a vulnerable boy and ailing father tangle family responsibilities around her once again. Time is running out and college administrators demand she sweep all college involvement under the rug, but Skeet won’t stop until she’s unraveled every last secret. Secrets, high stakes, motivated and strong antagonist, overwhelming obstacles, everyday difficulties, a deadline, and dedicated protagonist.

You might take your book’s synopsis/summary and try bolding or underlining all the various techniques of suspense you find in yours. If you only find one or two, perhaps you’ll want to rethink your story so it will include more elements of suspense to keep your readers turning the page.
Posted by Linda Rodriguez at 12:00 AM

Thanks for the tips for adding suspense, Linda. My ms must be suspenseful so I'll will print out this blog while I'm revising to see if I've met some of your techniques. Good luck with the workshop. I hope you get to do some marketing as well. ;>)
Elaine

This is an excellent blog, Linda. As I go over the nine 20 page submissions I need to read and critique for my Seascape group, I'll be sure to look for suspence as one of the things I'll look for.

Enjoy your workshop as I'm sure everyone attending will do.

Thanks, EB. These are things I try to keep in mind as I'm revising always, too. Don't know that I'll get much marketing done at the workshop, but that's not what I'm supposed to be doing there anyway. :-)

Thanks, Gloria. I think most of us know about most of these from our reading and classes/workshops we've taken, but I thought it would be helpful to pull them all into one document.

Thanks for putting these all in one place, Linda. It's helpful to have a checklist rather than only amorphous 'knowings' which are slippery characters.

Valerie, i know what you mean about amorphous knowings. We learn these things and keep them in the back of our brains, but are we always accessing all of them when we need to? I'm never sure. If I've got them written down, I can be sure.

Thanks for stopping by.