If You Can’t Say Something Nice…

Linda’s Blog a couple of weeks back on internet bullying got me considering once again the sage advice Thumper received in the movie Bambi. “If you can’t say somethin’ nice, don’t say nothin’ at all.” This holds doubly true for the internet age where anything can and will go viral. Ben Franklin hit the bull’s-eye in the July 1735 issue of Poor Richard’s Almanac, “Three may keep a secret, if two of them are dead.”

Before written communication, for an uncomplimentary comment you made about one person to a second person to go further, one of you had to repeat what was said. By grade school you had learned how well keeping such a simple secret worked. Your best friend forever promised to keep your deepest secret, which was fine until your BFF got mad because you took the last goldfish from the bag and paid you back by sharing your secret with the person you dissed, either directly or through the insidious grapevine. 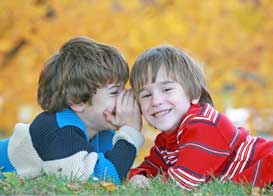 Worse, the something rather innocuous you may have said can morph into something more negative than you intended. As kids we played the game of telephone. You whispered something into the ear of one person who transmitted it to the next and so on until it came back around the circle to you transformed, sometimes beyond recognition.

Flash forward to the internet. Whatever you write in a blog, a post, an email may stay on a server for ever and ever, Alleluia! If it is public, as this blog is, anyone anywhere anytime can perform a search and find your comments. Ah, I only vent in private forums, you say. And what happens if the person upon whom you dished your best insults happens to later join that private forum and checks prior posts? Or it turns out that person’s second cousin twice removed also happens to be a member of the private forum. Or some “friend” agrees so strongly with what you said that he cuts and pastes your snarky gem and tweets it to the world.

Even something posted on a no longer extant website can stay alive. Websites exist to archive much of the web as it exists at a given point in time. My son demonstrated this to me by finding pages from an old website he and I developed while he was in high school. We abandoned that website some ten years ago.

With electronic communication, the world has shrunk and so has our ability to say something anonymously. As evidenced by the imbroglio at GoodReads described in Linda’s blog, people with certain skills can and will uncover the person behind a post and publish their real life vitals. One very selfish reason to be nice in this age of crazies is to protect yourself from them.

I remember a colleague who would always go out of his way to put down the company he had previously worked for. He’d badmouth their bosses, his former co-workers, their business practices. No matter what endeavor you engage in, the chances of something nasty you said or wrote about one person coming back to bite you are larger than ever. This person’s comeuppance occurred when his former company bought his current company. He was soon unemployed. This is an extreme example, but consider the ramifications of long ago forgotten posts or unflattering pictures unearthed by a company checking your web presence while considering you for a new job. 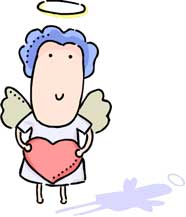 Before you think I am self-nominating for halo status, I want to fess up to occasionally getting sufficiently angry at someone or something to want to tell the world exactly what I think. I may even write a wonderful gem that skewers the jerk with my perfect use of wit, comparative analogies, similes and a touch of sarcasm. I write on my personal computer, never on a work computer. Should my blast take the form of an email, I never fill in an address. I have witnessed too many mea culpas for emails drafted and unintentionally sent—or unintentionally copied to the immediate world. I remember a particularly lusty email one person sent to a co-worker (and all 30,000 people in the corporation) as an egregious example of what can go wrong.

So what about you? Do you have any funny, interesting or cautionary tales to share?

I don't think that anyone who uses email hasn't experienced an embarrassing moment when making a snark reply to an email only to discover that by replying to one person, they've actually broadcast to an entire group.

It happened to me when I served as treasurer on my HOA board. Our president was in the habit of not paying his homeowner assessments, as if by volunteering he was exempt. Every year I'd have to beg him to pay. We had a particularly controversial vote coming up one year. Only those members "in good standing" were allowed to vote and I intended to ban him from voting because he hadn't paid up. I'm afraid I voiced my feelings about him to everyone instead of one person.

I'm not ashamed of what I said because it was the truth, but I wouldn't have been quite so honest with everyone. He still is president, but I stepped down from being treasurer. I'd had enough. I guess that says it all for most volunteer organizations.

Perhaps including everyone on that email falls in the category of a "Freudian slip." Sounds like the President deserved the email.

Perhaps, and he did deserve it, but the shame is that no one else will volunteer to be president so we're stuck with him.

Have you ever made that mistake or made a flaming online statement?

I haven't made that mistake and have not intentionally flamed anyone online. However, you may recall I did create something of a kerfuffle in November 2010 with my Writers Who Kill blog about
Nathan Bransford's retirement as an agent.

One problem with writing rather than with a conversation is that it is much harder to correct a misunderstanding caused by imprecise language.

Three family members will most likely never be completely reconciled because of what a daughter-in-law/sister-in-law posted on Facebook, and comments she put her friends up to posting there, too. The sad thing is we've all been drawn into it to some extent, and the saddest thing is the children of said daughter-in-law are missing out on a close relationship with their grandmother and cousins.

I know as a writer I need to be on Facebook to some extent, but the truth is, I probably wouldn't be if I weren't a writer. At least I haven't seen much snarkiness from my "friends" when I do go on.

I don't send snarky emails or letters, either. I'm even careful about what I write in my journals because someday someone may read them, and I don't want anyone hurt because of a temporary irritation on my part.

Interesting you should mention journals. My father was reading through century-old dairies passed down through the family and ended up destroying some of them (a policy with which I do not agree) because they contained derogatory comments about neighbors, whose progeny still lived in the area.

I've left a very smartly-written "F-You" letter to a boss before. It was before the age of the internet & I had taped it at the register area where I worked one morning before anyone came in. That boss shared it with the upper bosses, who wanted to "discuss" the situation with me, because they were "concerned" that I was in the store during non-business hours.

I told them "no thanks," & said their video feed would show I hadn't taken anything (if that's what they were implying) & that I'd written all of my feelings down in the note. I had no need to discuss it further.

Now I prefer to have what I call "mock conversations" with whomever I'm upset. Anyone walking by might think I'm talking to myself, but I don't care. They're private, & can be very cathartic in those times when I feel yelling at someone is what's needed.

Having a life partner to whom you can unload your feelings about other people or situations can be a real godsend. I think this ability to safely reduce stress may be part of the reason couples live longer than single people.

When I get tired and/or am not feeling well my "inner editor" comes out as those of you who write on this blog have experienced. Thank you for keeping our inner dialogs private.

Not having a life partner anymore, Jim, I had a very close friend I could share my irritations with, but she died almost two years ago. Fortunately, I also have two cousins I can share life's irritations with, and they do the same with me - nothing major, just little things that irk me about my family or friends, minor things that I can let go of once I've had my bitch session.