The Demise of Letter Writing 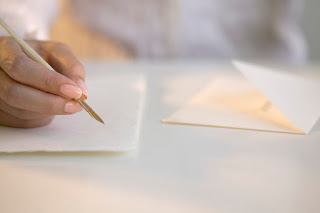 This morning I went to my mailbox to mail a letter to my sister and brother-in-law to thank them for the Natalie MacMaster CD they'd sent me from Nova Scotia for my birthday. I could have emailed them my thanks, but a written letter seems warmer and more sincere. I think I'm close to becoming one of the last of the letter writers and that worries me.

Later I'll go to the mailbox and there will be my usual mail; flyers for local businesses, political please vote for me and donate while you're about it mail, letters wanting me to change my insurance or bank, magazines wanting a renewal even though my subscription doesn't expire for months and months yet. And then there's a plethora of letters wanting donations for every charity out there, some I've donated to in the past and others that got my name from one of the other charities. Most of them I feel guilty about tossing, but I'm limited on how much I can donate. The letters that annoy me the most are the ones for charities that announce it's a "Final Notice" in bright red letters. Those I'll never donate to because it's a blatant scam towards senior citizens who are already a little befuddled and believe it's an overdue bill.

Just maybe when I go to my mailbox today there will actually be a letter or postcard for me. My sisters and a sister-in-law still write letters, and I get thank-you letters from nieces, nephews and grandchildren. My youngest daughter sometimes writes to me as do several cousins. When real letters come mixed in with the junk mail and bills, it always brings a smile and eagerness to see what the writer has to say. It may be from a sister I'd just talked to a few days ago, but that doesn't matter. There's something special about a real letter. 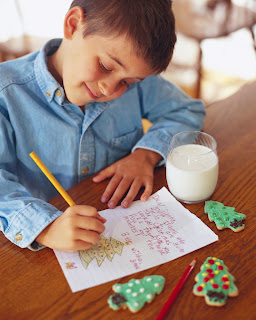 Some years ago one of my sisters took every letter I'd written to her when she was in college and after she graduated and lived further away, and she put them in a scrapbook with a cover she'd hand quilted and gave it to me for Christmas. I treasure that gift because the letters were written during a busy time in my life when I was raising four kids all close in age and didn't keep a journal. There were so many things I wrote that happened and had forgotten about over the years.

What worries me about the dearth of letter writing today will be the loss of written records. I loved reading the letters of Emily Dickenson. What if she'd had email then? There would be no record of her thoughts and feelings about her life other than her poetry.And what if Robert Browning and Elizabeth Barrett Browning had sent their love letters by email? Or worse yet, texted them; "How do I luv U?" In one of my book clubs last fall, we read Founding Mothers; the Women Who Raised Our Nation by Cokie Roberts. So much of our history would have been lost were it not for those letters. Indeed what will the historians of the future do without letters to help them piece events together? Even letters from people, who were never famous, like the majority of soldiers who died on the battlefields in the Civil War, have added to our knowledge of the war because their letters sent home to their families were saved. Today historians lament the fact that Jane Austin asked her sister to burn all her letters when she died. So many questions about her remain unanswered. Will future historians lament the fact that so many people have given up writing letters?

I just came back from my mailbox. There was something from GoDaddy promising instant savings, a letter from a bank I have no account with promoting their money market account and Time Warner Cable telling me I'll get a better TV experience for only $29.99 per month. but along with those three missives to be tossed was a thank you note from one of my former students who'd graduated this year. Jocelyn sent me a personal and sweet thank you note. I'll save it like I do most handwritten messages.

Do you still write and send letters by snail mail? Do you like getting letters or postcards in the mail?
Today or tomorrow why don't you send someone a letter or even just a short note.

I also love writing letters, although I'm afraid my handwriting has deteriorated a bit. What's even better is that my adult sons love writing letters, too, and since they both live far from me these days, we actually get to exchange missives regularly. I agree - there's nothing more special than seeing a handwritten envelope amongst the junk mail!

Although my hand aches when I write with pen for very long, I still send paper greeting cards with personal messages when I feel the occasion demands something more substantial and when I happen to think of it. I do have friends who still don't or won't do email or Facebook, so I either have to call them or send them letters. Actually, I need to do one ASAP. Ack!

What a beautifully written column! Yes, I still send snail-mail notes and letters, though I admit that I type them if they're more than a page long, mostly because my handwriting is (and always has been) terrible. And I tell my composition students that after a job interview, they should send snail mail thank-you letters, not e-mail ones. These days, snail-mail letters stand out so much more--everyone's happy and a little surprised to get them.

How lucky you are, Edith, that your sons write letters. My son lives next door, but I have a feeling he wouldn't write letters even if he lived far away except maybe, just maybe emails. He has been calling me every few days, though, while he's out of town on an extended vacation.

Rhonda, my hand or wrist aches with extended writing, too, which is a problem since often my letters are long. I also write in my journal daily and almost all my writing starts out written with a pen on paper and then typed in on a computer. Somehow the ideas flow better with a pen in my hand. I have to write and rewrite my poetry over and over, too, before I can put it on the computer.

Thanks you, B.K. My handwriting has deteriorated, too. I try to start out writing neatly, but before long it gets sloppier and sloppier. I actually had someone I met at Malice years ago and we corresponded every few months or so for years. Now her writing was tiny and very, very hard to read so I tended to put her off because I wasn't always sure what she was writing. I wonder if it was because she's a doctor??????

Lovely post, Gloria! I used to love to write letters to friends and family. Now, I'm lucky to get an email off to them most of the time. I do write occasional letters by hand to certain people, and I have to admit they get put off and are sometimes late.

I am adamently in favor of hand-written Thank You notes and seasonal and birthday cards that include a personal note.
Letters? Not so much, I've embraced email. HOWEVER, I do Not embrace the code or abreviated words. Texting for me is tedious because I do not use any B4s or Oks. Before and Okay.
Patg

Thanks for a terrific column. I love receiving "personal" mail. However, a big disappointment is getting a card with only a signature. We can't leave our comments to Hallmark. My children are good about writing long notes in cards, and I cherish them.

One thing that can be contributing to the dearth of handwritten letters (besides e-mail) is that many school districts in a number of states no longer require that children be taught cursive handwriting. Printing a letter or card has to be laborious using block letters. As a result, fewer letters.

Linda, I know I tend to send more emails to my Tacoma sister in response to her emails to me than actually writing one, but that's partly because once I start writing, my letters go on, and on, and on forever. Now you, Linda, have great potential to be a writer someone may want to write a biography of you someday and use your letters. :-)

I'm that way, too, Pat, which is why it takes me so long to take care of my Christmas cards. Only a few get just one line and a signature. I have not resorted to the typed and printed form letter to include in my Christmas cards, nor will I ever.

I agree, Grace. A card with only a signature and no message isn't much more than getting junk mail, in my opinion. I'm appalled that handwriting is no longer taught, because it does take much longer to print using block letters. You're lucky your children write personal notes in the cards you receive.

Beautiful post, Gloria! I agree that it is a treat to receive a handwritten letter or card in the mail.

I have family letters written during World War II that I cherish. They wouldn't feel as special to me if they had been typed.

Kara, what a treasure those letters must be. When a cousin of mine died, he sent me all the letters my dad had written to him over the years. I've also saved the postcards my parents sent me and the few letters my dad wrote me.

I try to answer letters as soon as I receive them, but sometimes I prograstinate or life gets in the way like all those tomatoes, cucumbers and green beans in baskets filling the kitchen table waiting for something to be done with them like canning and freezing. Right now I should be writing another letter to a cousin who lost her Green Beret son last April in a car bombing. I try to write to her every few weeks or so.

I'm with you, Gloria! I love to write real letters, and since I'm a designer, I love to make hand-made cards for people, too. Personal art is another part of what I think we lose when we only email. Now you've inspired me to write about THAT!

The thing that I find most frustrating is that I can't send a spur-of-the-moment note to so many people I'd like to, because I don't know their mailing address.

Gloria, you are such a sweetheart! Though I have to laugh at the thought of someone wanting to write my biography. I don't even want to write the memoir my agent wants me to do. I lived through all that misery once. Who'd want to go through it if they didn't have to? LOL

Gigi, I think it's wonderful that you design your own cards. That makes any card someone receives from you especially welcome.

Linda, I started a memoir years after the fact dealing with my son's death. I thought it might help other parents deal with the loss of a child, but I gave it up. Too much time had elapsed and I didn't want to include the hard times my other children had with the death of their brother, either. That wasn't my story.

Does this mean I should handwrite a note to you?