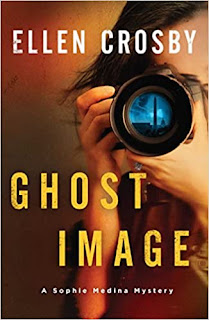 Ellen Crosby’s Ghost Image, published in 2015 and reissued in 2022, is the second in her Sophie Medina mystery series.

When I visited the deserted Franciscan Monastery gardens in Washington, D.C. during Thanksgiving week, 2021, I made some mental notes for a future mystery setting. I then discovered Ellen Crosby was way ahead of me. In Ghost Image, intrepid international photojournalist Sophie Medina finds the body of her friend, Brother Kevin Boyle, in the monastery gardens. 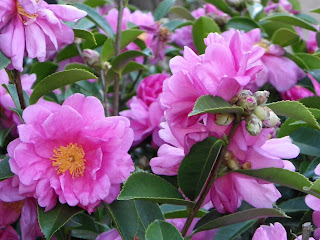 Brother Kevin is a noted scientist and environmentalist. Before his death, Brother Kevin tells Sophie someone is stalking him. One of his fellow Franciscan friars suggests it’s a spirit or ghost. The only clue to Brother Kevin’s death is a locker key. Sophie suspects he was murdered, and starts the hunt for Brother Kevin’s killer. When she uploads photos from her last meeting with Brother Kevin, she spots an indistinct image of a man watching them from a nearby bridge. 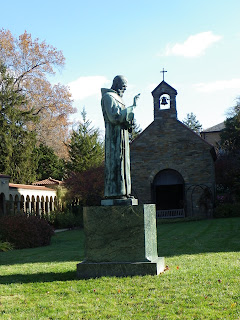 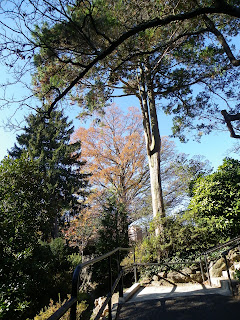 During her investigation, Sophie interacts with a senator, Smithsonian archivists and historians, and botanical experts in Virginia and England. Brother Kevin had a rare, seventeenth century compendium of medicinal plants in his possession. How did he purchase it and what secrets does it potentially reveal to the pharmaceutical industry? And how does it figure in the search for heirloom seeds from eighteenth-century America? 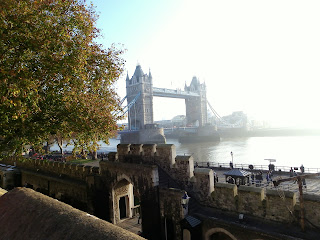 One of the most engaging settings in the book is the Millennium Seed Bank, housed on the grounds of Wakehurst Place, a Sussex, England estate. The goal of the organization is to preserve plant seeds from all over the world before they become extinct. Sophie hears this story during her visit:

Yesterday Alistair told me that for more than a century the leather seed pouch belonging to the Dutch sailor Jan Teerlink had been locked away in the Tower [of London]. More than likely it had been put in some dark cool room deep within the complex, a sprawling fortress of multiple rings that enclosed thick-walled buildings and dozens of smaller towers. Wherever it had been, at least a few of the seeds had been preserved well enough to be regenerated two centuries later, producing plants that were now healthy and thriving at the Millennium Seed bank. (p.229) 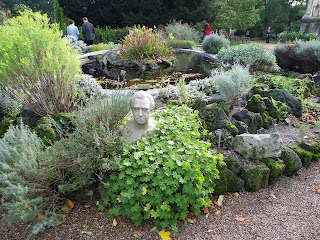 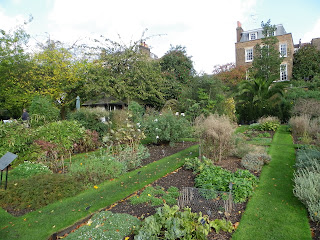 In addition to the extensive gardens at the Franciscan Monastery, Crosby uses many of my favorite places as settings: the Mary Livingston Ripley Garden nestled next to the Smithsonian Castle in Washington, D.C.; the Chelsea Physic Garden in London; the crypt cafeteria in St. Martin-in-the-Fields on Trafalgar Square in London, St. Paul’s Cathedral, and the pedestrian Millennium Bridge across the Thames. With my memories and photos of these places, I enjoy studying how Crosby’s sleuth reacts to, and photographs, these settings. 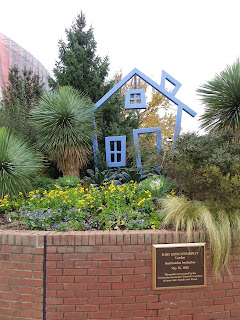 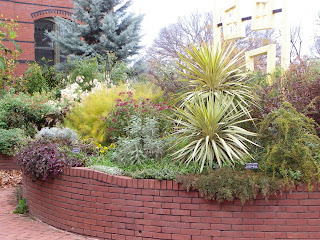 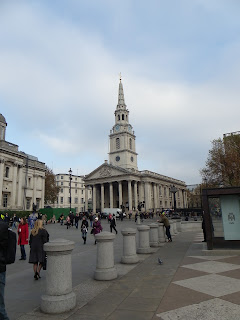 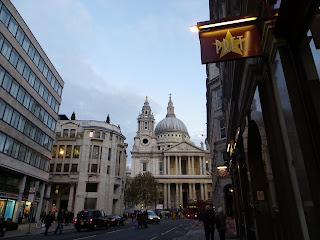 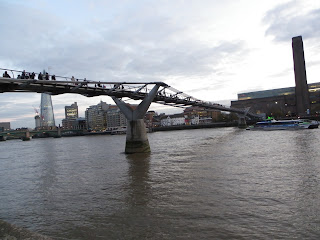 Crosby hasn’t used two of my favorite gardens in her books—the United States Botanic Garden on Capitol Hill in Washington, D.C., and the gardens at Dumbarton Oaks in Georgetown. Perhaps in her third Sophie Media book, to be released in 2023.

Readers, do you have a favorite garden you’ve visited in a book? Writers, do you use actual garden settings in your books?

Margaret,
I love your photos, too!

Wonderful blog and gorgeous photos, Margaret. I recall many hours in the National Arboretum when I lived in DC and in Fairchild Tropical Gardens in Miami. While gardens have figured in my personal life, they have not yet figured in my writing. Hum, maybe time for a change-up!

Settings can be such a supportive element in a book--or even be a "character" in its own right.

Margaret, Love your photos and taste in gardens and books - yours are some of my favorites, too!

Jim, Marilyn, Kait, Kathleen, and Shari, thanks for the comments. I'm looking forward to the third Sophie Medina book coming out in 2023.

I'm not a good photographer and I lack a green thumb, but I love living vicariously through your pictures on the blog and on Facebook/Instagram. You are obviously gifted in both areas.

I loved the botanical garden in Montreal. I'm especially drawn to your photos of the bridges. Wonderful photos and post about an interesting book!

I loved both books in this series and am excited to hear there will be a third! Your photos bring back the story and give it a dimension that was missing when I first read Ghost Image. Thank you for sharing all of this with us! —Kate, writing as C.T. Collier