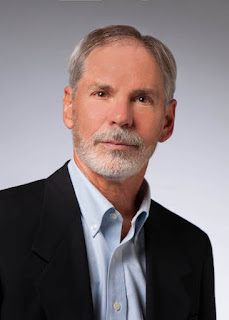 My Writing Process by Terry Ambrose

I confess. I’m a plotter. But I wasn’t always that way. In the beginning, I was happy to let the story take me where it would. And then…bam! Disaster struck in the last quarter when I put my protagonist in two places at once. And those places were 150 miles apart. That wouldn’t have been a serious problem—if I had been writing sci-fi or fantasy. But a current-day thriller? Oh yes, serious problem.

Fast-forward to today, and my current process, which is what I did for Lies, Spies, and the Baker’s Surprise. I began the same way I’ve always begun. I wrote a synopsis for each of the five storylines (or arcs) in the book. The most important of those is, of course, the actual mystery. The others include the murder backstory, the love story between the main characters, another about Alexandra “Alex” Atwood growing up, and what I call ‘the treasure story,’ which allows me to add historical elements.

Keeping your sanity while weaving five loosely connected stories together can be a challenge. For

instance, in Lies, Spies, and the Baker’s Surprise, the murder storyline begins with Alex writing in her journal. Alex is the co-protagonist (along with her dad, Rick Atwood). She’s a delight to write because she’s eleven-years-old, has a wild imagination, and loves a mystery. Via Alex’s journal entry, we learn that a young married couple, Henry and Tara Nicholas, have checked into the Seaside Cove Bed & Breakfast. We also learn that Henry has a secret—he’s married, but not to Tara.

There are four characters involved in that one event—Henry, a woman on the phone, Tara, and Alex. After Alex outs Henry to Tara, the tension ramps up. When someone murders Henry, Tara becomes the primary suspect. As the suspect list grows, the timeline becomes very complex and detailed. For Lies, Spies, and the Baker’s Surprise, there were over 200 entries in my timeline. The process can feel very laborious at times, but it helps me make sure I never put a character in two places at the same time again. Unless I decide to write a multidimensional sci-fi thriller. In that case, I’m sure the timeline would be even bigger.

How would you like to win a $35 Amazon gift card? Click here to enter my Book Birthday Contest. Use the bonus code #WritersWhoKill for the “May 21: Writers Who Kill“ entry option and you’ll get three bonus entries!

Terry has written over twenty novels, several of which have been award finalists. In 2014, his thriller, “Con Game,” won the San Diego Book Awards for Best Action-Thriller. His series include the Trouble in Paradise McKenna Mysteries, the Seaside Cove Bed & Breakfast Mysteries, and the License to Lie thriller series.

Oh Terry, I wish I could be like you when I grow up, but my mind just doesn't seem to work that way. Best of luck with your latest.

Congratulations on your latest release!

Thanks for hosting me today! Jim - my mind is far too disorganized to do this any other way! :-)

I tend to be a pantser, but unless I'm writing a short story that covers a very brief period of time, I do keep a "calendar" for my story so that Tuesday always follows Monday and I don't have a fully conscious and energized character who hasn't slept or eaten in ten days.

My favorite part of your process is where you attempt to keep your sanity. That's a useful part of my process, too. Best of luck with the new book, Terry!

That pantser thing can be deadly. Thanks for the glimpse of your process! Looking forward to reading Lies, Spies, and the Baker’s Surprise.

I need to try to work in writing separate synopses like that. It's a great idea but I just have never taken the time, although I am a plotter. The book sounds terrific.

Thanks everyone for the comments! Korina, the nice thing about writing a synopsis for each storyline is that it's my big chance to, in a sense, be a pantser. I'm not worried about much of anything except getting down what the story I want to tell.

congratulations on your newest book. this was a fun post. I enjoy reading about authors.

Congrats on the new book - enjoy the entire series, but this one was especially fun. Thanks for sharing your writing process today.

Thanks for sharing your process - I'm always fascinated by what happens behind-the-scenes.