Confessions of an Ex-Punctuation Nazi


A period, a comma, and an exclamation point walk into a bar… 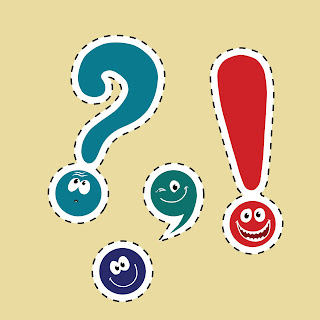 I wasn't always a punctuation Nazi. In my carefree youth, I used punctuation willy-nilly. I knew the basics—periods after complete, declaratory sentences and commas before conjunctions joining independent clauses—but further rules were fuzzy. Generally speaking, I tossed in commas whenever I felt a brief pause was needed. Then my world changed. I attended Katharine Gibbs' Executive Secretarial Course for College Women in New York City.

Having graduated from DePauw University with a degree in pure English Literature (I say pure because my degree was untainted by anything useful, like teaching credentials), and since the job market for refined ladies reading great literature was small and terribly overstocked, my father insisted I learn skills that might one day earn me a living. As it happened, a friend from high school was on her way to Katharine Gibbs and asked me to join her. What could it hurt? With my fiancé a year away from graduation and a stint in the Air Force facing us after that, at least I'd have a year in the Big Apple.

Katie Gibbs occupied a high floor in what is now the MetLife building above Grand Central Station. The strategy (strongly implied, never stated) was to enter the corporate world as a secretary, rising rapidly through the glass ceiling through a combination of intelligence, hard work, determination, and proximity. How often that actually happened, I don't know. I do know that during those nine months I discovered five important truths: 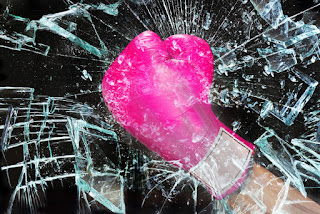 1) I was never cut out to be a secretary.


3) My fingers were born for lightning-fast typing.


4) New York City is an exciting place to visit.


5) Punctuation has rules. Lots of them.


Students at Katie Gibbs were given a style sheet that included an extensive list of punctuation rules. Not only were we asked to apply those rules, we were also expected to memorize the rule numbers. A frequent exercise required us to punctuate a business document before reading it aloud, stating the appropriate punctuation mark and the applicable rule number. It went something like this (I swear I'm not making this up): 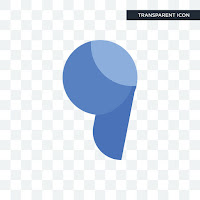 
In the interest of full disclosure, Rule 29a is the only number I actually remember, but the point is, I loved it. Not only did the punctuation rules feed my mild OCD disorder, they also gave me a sense of purpose. I would die on the hill of the Oxford comma. I would show the world how to use semi-colons. Later, I laughed my way through the book Eats, Shoots & Leaves: The Zero Tolerance Approach to Punctuation, secure in the knowledge that I was in the know.


Then came the change in the two-space typing rule. Yikes.

Rules, I learned, can evolve. They can even *gasp* be broken. Think Marcel Proust's 601-word sentence in the first volume of A Search for Lost Time. "Lost time isn’t the only thing searched for," remarked one scholar. "So is a full stop." The work killed him. Literally. He died while still working on the final volume.


Anyway, once the chains were broken, I was free to comprehend the obvious: punctuation isn't an end to be served; rather it is a means to facilitate comprehension. Facilitating comprehension is something writers care about—or should. That's why the rules exist. One of my goals in editing is to rewrite any sentence that causes a reader to stop and reread. I ask my beta readers to place a check mark in the margin every time they stop reading to clarify.


Raising questions in a mystery is good. Creating confusion is bad.


Think of the confusion caused by the addition of two commas in the Second Amendment. In its present form, the amendment reads, "A well regulated Militia, being necessary to the security of a free State, the right of the people to keep and bears Arms, shall not be infringed." Upon arrival home from assignment in France, Thomas Jefferson was so shocked by the poor grammar in the sentence that he removed the first and third commas. Too late. The amendment had already been ratified and couldn't be changed (Bodenner, C. "The Most Consequential Comma in U.S History?" The Atlantic, January 25, 2016). Trust me, I make no political points here. Both sides in the controversy have cited the comma confusion to bolster their arguments.

So let's get real. We all know the importance of a comma in the sentence, "Let's eat Grandma."


Bottom line, punctuation is no joke. Lives are at stake.

Seriously, though, what is your attitude toward punctuation rules?
Do poorly punctuated novels drive you crazy?
Do you read Facebook posts with an imaginary red pencil?
Have your thoughts changed over the years?
Oh—and if anyone can think of a punch line for the joke I began with, do tell.
Posted by Connie Berry at 12:30 AM

Punctuation is annoying, especially Oxford commas (Jeffery Deaver said Oxford's slow his pace). My husband does a final copy edit before I submit with good results.

I took typing and shorthand classes in high school, which really helped me in college. To this day, I still make notes in shorthand, although it takes me a while later to decipher what I wrote. The problem in the business world with knowing how to type was that the person admitting to knowing how to type always got to be the one taking the minutes at meetings and distributing them. It got to the point where everyone would say they didn't know how to type. That won't fly any longer since everyone who uses a computer needs to know "keyboarding."

And I am a strong supporter of the Oxford or serial comma!!

My mother went to business school and afterwards wrote all her Christmas lists in shorthand. It drove me crazy. It was a secret code I couldn't decipher.

Welcome to the blog, Connie!

Ah, yes. The purpose of punctuation is to assist in clear communication. Not to be "correct" or to nitpick.

That said, writers need to know how to punctuate. "It's a poor craftsman who blames the tools for mediocre results."

Hysterical, (8b???) Connie. I am thankful for the comma Nazis, I try, I was well schooled, I miss more than I get. FAILURE. Of course, I can't spell well either...what can I say.

You are 100% correct, punctuation exists to clarify the words on the page!

Did you read about the case in Maine where the want of an Oxford comma cost a dairy company a ton of money? It's true, check it out. Commas rule.

I love all the comments! Christmas lists in shorthand? Devious!