What language will your readers find offensive?


It varies. Offense is in the eyes of the beholder, not the producer, of the language. Often similar types of expression are viewed very differently.


For instance, many people find the name of the Washington football team, the Redskins, unacceptably offensive, and think it should be changed. On the other hand, Notre Dame’s Fighting Irish, which has its uncontested origins as an actual ethnic slur[1], seldom elicits such a reaction.


Some written works are drowning in profanities. There are people who do talk in endless profanities, which at times have unintended consequences. I can remember acting as a job coach to a young man who was desperate to have a job, any job, so he could proceed with being released back into the community from a halfway house. His language was a problem, and despite my expressed concerns, he assured me he had total control over his use of profanity. He would never talk like that on a job!


He was hired to work in a fast food restaurant. After training, he was assigned to the drive-through window, and lasted less than an hour. A woman with several young children in the 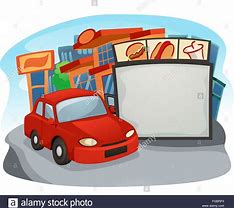 car put in her order, and, a bit flustered since it was still new to him, he asked her if she wanted "any f.....g fries with that."

Others avoid profanities at all costs. Snagglepuss, a popular Hanna-Barbera cartoon character, would exclaim, “Heavens to Murgatroyd”[2] when others might use a profanity. Another character often said, “Oh, my stars and garters!” which is actually an old English expression, first cited in 1765. The garters in question have nothing to do with hosiery, but rather with the Noble Order of the Garter, which is the highest heraldic order bestowed by a British monarch. “Stars and garters” was used as a generic name for the trappings of high office.[3]


Most writers use potentially offensive language sparingly, as a tool, where they feel it is appropriate for the character or the story.


Raymond Chandler had this to say to his editor at the Atlantic Monthly. “When I interrupt the velvety smoothness of my more or less literate syntax with a few sudden words of barroom vernacular, this is done with the eyes wide open and the mind relaxed and attentive. The method may not be perfect, but it is all I have.”[4]


Mark Twain, whose colorful writing sets a standard, said, “Under certain circumstances, profanity provides a relief denied even to prayer.”[5]


What about actual “obscenities,” which are not protected as free speech by the1st amendment?


“The Miller test was developed in the 1973 case Miller v. California. It has three parts:


·       Whether "the average person, applying contemporary community standards", would find that the work, taken as a whole, appeals to the prurient interest,


·       Whether the work depicts or describes, in a patently offensive way, sexual conduct or excretory functions specifically defined by applicable state law,


·       Whether the work, taken as a whole, lacks serious literary, artistic, political, or scientific value.


The work is considered obscene only if all three conditions are satisfied.”[6]


Opinions on how appropriate it is to use potentially offensive language will differ.

In Theodore Roosevelt's opinion, "Profanity is the parlance of the fool. Why curse when there is such a magnificent language with which to discourse?"[7]


But he wasn’t primarily a writer. Margaret Atwood, who is, said, “There is something powerful in the whispering of obscenities... There's something delightful about it, something naughty, secretive, forbidden, thrilling. It's like a spell, of sorts. It deflates them, reduces them to the common denominator where they can be dealt.”[8]


How do you deal with profanities, both as a writer and as a reader?

Great blog! I skim past profanity while I'm reading. I find an excess of profanity in movie dialogue annoying.

Oh, I have a problem with this issue. My last editor COUNTED the number of F-bombs I dropped but the character is very foul-mouthed. I learned to tone it down, reluctantly, so I won't lose too large a chunk of my audience. Thank God for "search and replace"!

Excellent post, Kathleen. One of the statements a high school teacher told us has stuck with me: Bad language is the sign of a bankrupt vocabulary.

Interesting thoughts about profanity, Kathleen. I use very little since I write cozy mysteries bordering on traditional. But I don't mind it in a book when it reveals what the character is like, especially a villain. In movies or television, I become quite tired of all the "F" words used as practically every part of speech. I know people talk like that, but they aren't people in my world.

There are times that profanity is essential and other times it is not. Learning when is important. One author I read used it judiciously and it was LOL funny. Concepts are more obscene than language. If the language puts forth a characteristic or emphasizes a point, then I don't mind it a bit. Using it when it doesn't cause an effect, doesn't make sense.

Great topic! I use profanity if that character would use it. I avoid it in my cozy mysteries, but am more liberal everywhere else, being the most liberal in my short stories, I think. I love Mark Twain's quote, but then, I love Mark Twain.

Funny story--A novel of mine that does contain a few F bombs was reviewed by someone who was so glad there was no bad language in it. I'm assuming she attributed the bad language to my character and not to me. He was a bad person.

Margaret, I don't go to many movies, and the language is one of the reasons. I'd rather wait for Netflicks or something, when I can just turn it off if I don't like it.


Carla, you have to know your audience. Your character can always say "What the..." and trail off. Everybody knows what he/she was thinking.

Grace, your teacher was right. So many people don't have a sufficient vocabulary, and they resort to bad language.

You're certainly right, E.B. Language is a bit superficial, but obscene concepts are chilling.

That's interesting, Kaye. I had one reviewer who object to the "sexual content." After a bit of mild flirting, my characters had gone into the bedroom and closed the door.

I detest the F-bomb in books, movies, and everyday speech simply because it's been overused to the point of being useless and meaningless. I stopped watching "The Sopranos" for that very reason. I know people who can't seem to utter a sentence without it. I do my best to avoid
conversations with them. Yet, in my first book, I allowed a character to use it six times. He was an ex-con and a serial killer and would not have been realistic without it. In my second book, I have gunfights, fistfights, explosions, and car chases, and the characters use common everyday cuss words here and there, but not a single F-bomb. No one has complained about the lack of it. In fact, several readers complimented me on it. Everyone has the right to say it or write it as they choose. And I have the right to avoid listening to them and reading what they've written.

I have no problem with profanities as either a writer or reader when used appropriately. Inappropriate is when it takes me out of the story in a manner that I don’t believe is intended by the author.

Earl's point is interesting. I don't have the vehement distaste for the f-bomb that he does, but when Earl finds it necessary for certain characters to speak a certain way, that says a lot.

Earl, I think you're right that you can use other cuss words and have your dialog be totally believable. I'm aware of knowing only one serial killer, and he seldom used even mild profanities. Two of my brothers married into Cosa Nostra families. I don't remember anyone being anything but polite and respectful. Of course, I never saw them "at work," so who knows?

Jim, it does all come down to what a writer feels is appropriate for the story.

Kathleen, you have the most interesting life! Are you writing an autobiography? You have to.

Jim and KM, we agree on giving characters some space to be themselves. A writer must be able to step aside and not have characters say and do as the writer would say and do.

I didn't mean to off on a rant here, but everyone has their fingernails on chalkboard thing and the F Bomb is mine. Not far behind it are people who pepper their speech with "like" and "you know." (As in, "I was, like, you know, whatever.") But I don't expect people to think as I do out there in the big old world. I'm happy here in my own little world. They take good care of me here. They make sure I take my meds and don't let me go outside without clothes on.

Best regards to all.