An Interview With Nicole J. Burton

This interview ran in 2018 and deserves a repeat.
Here at Writers Who Kill we generally blog about writing and reading books that fall into the “whodunit” category. But occasionally we find a book that may lack a body in the library but is still full of mystery and just as suspenseful. Nicole J. Burton’s book, Swimming Up the Sun, a memoir of her search for her birth parents, outside the mystery genre, but it has as many twists and turns as the latest bestselling page-turner. It was a pleasure talking to Nicole/Nicki about her search, the roller-coaster ride of emotions it evoked, and her varied career.

Swimming Up the Sun

Adopted in Britain, playwright Nicole J. Burton always wanted to find her birth parents. After immigrating with her family to the United States, she sought the elusive characters haunting her imagination. With an appointment with one of Her Majesty's social workers and her birth mother's name in hand, she returned home. There she began a search that led to more drama than any play she could possibly conceive.
https://www.nicolejburton.com

Welcome to Writers Who Kill, Nicki.

In your book Swimming Up the Sun, you tell the story of your search for your birth parents. What motivated you to start your search?

When I was nineteen, the British government passed a law allowing adult adoptees to gain access to their original birth certificates, if they passed a screening interview. I knew immediately I would go and get my document because all my life I’d wanted to know my biological kin and my true story.

What prompted you to write about it?

You ! And many others to whom I told the story as it unfolded. It was engaging, with plot twists and turns, and even though I’m a playwright, many people said to me, “You should write a book!” So I did.

Where did the title come from?

My natural mother “Eve” (I changed her name in the book to protect her privacy) lived in a stone cottage on the east coast of England in Suffolk when my sister was young.  She used to swim every day in the North Sea, in the morning, and as she swam due east up the carpet of the glittering light cast upon the water, she called it “swimming up the sun.” As soon as my sister told me this, I thought, what a lovely image and how apt for a story of adventure and discovery.

Your search was complicated by a number of factors but particularly because you had been born in England but now live in the U.S. How did you overcome this hurdle?

I came to the U.S. as a teenager when my adopted family emigrated here. I had to travel back to England to pursue my search, which was expensive and time-consuming for a young person in her 20s. This was the era before the before documents were digitized, and you had to go in person to libraries, adoption agencies, and the like. Some English people didn’t even have phones in the 1980s. And even when they did, international calling was prohibitively expensive as well as awkward. It took two trips six years apart to complete the search.

Besides living in a different country from your birth parents, what was the major obstacle blocking you from getting the information you needed to locate them?

The shame. The social ostracism that women were subjected to when they faced single motherhood in the bad old days. People who could help me trace my parents were reluctant to speak to me. The law stood in my path until it didn’t. Thank goodness we live in a more enlightened era, at least in the U.S. and Europe. Other countries, from which offspring are obtained for adoption, still use social stigma and ostracism to keep the industry going. I favor family preservation instead of adoption.

Your story had so many twists and turns that it read like a suspense novel. What the best thing and worst thing about your experience? 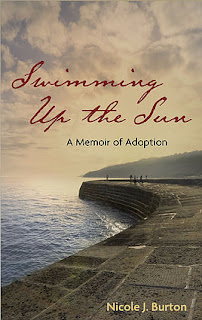 The best and worst things were meeting my natural parents. I was both excited and terrified, excited that I would finally see faces that looked like mine and learn my true story and family history, and terrified that they might reject me again. To meet one’s parents at the age of 27 is life-altering in many dimensions.

How did you deal with the emotional fallout from it while balancing a full-time job, going to school at night, and having a home life? Did the search take a toll on you?

I survived and thrived because humans are resilient. For years, during what’s called “The Honeymoon Period,” I was obsessed with my search, meeting my parents and siblings, soaking up and analyzing every detail as I learned it. I know my friends got tired. Fortunately, my husband, whom I met before I found my natural parents, was 100 percent supportive and the essence of patience. I could not have done it, meaning broaden my family circle to include all my relatives, without his support. The spouse or partner of the adult adoptee is the unsung hero of reunion.

Did you ever have a moment of “Now that I’ve found them, what do I do?”

Often. I once had drinks with my natural father and my husband in a hotel while my adopted father was upstairs in his room. The feelings that accompany reunion are intense and textured. Some of my relatives had difficulty dealing with their feelings, which made it harder for me, but we managed and we got through those first years when the feelings are especially intense. Time is a great healer.

In your you used different names to identify your parents and their extended families. Why?

My natural mother had not told anyone about me and had become an intensely private person, a posture she conveyed to my sisters. Consequently, I changed all the names in the book on my natural mother’s side. My natural father’s family, however, was the opposite. After the shock of learning I existed, they were quite comfortable with my talking and writing about them, and because they were tickled to be included in a book, I used their real names. I think a writer must be sensitive to relatives’ preferences and these can vary across the spectrum of openness to secrecy.

How was the book received by your adoptive family and your birth parents and their families?

A book is a powerful statement, more than I imagined when I set out to publish. People feel unclothed by words in print, and if they don’t grasp and accept their own feelings, they may lash out or close up. My natural mother’s family was guarded in their response, but my natural father’s family and my adopted family were accepting, even excited. After reading the manuscript before it was published, my father said to me, “I had no idea how difficult reunion was for you.” I so appreciated his support.

I understand that you have since adapted Swimming Up the Sun into a stage play that was recently performed here in the D.C. area. Why ? 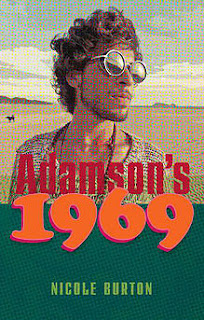 I’m a playwright. I thought it would be relatively easy to write a stage adaption that would allow new audiences to experience the story, but it was a hard process. Plays are deeper and narrower than books. I thought I had “gone deep” with the book, and I had, but I had to go a hundred times deeper with a play, oh boy! That said, I stuck with it to learn what this particular play had to teach me as a writer, and I’m delighted with the resulting script.

Any hope of readers getting to see a stage production of Swimming Up the Sun?

You’ve written a memoir and a number of stage plays (some performed at the Kennedy Center and even at a federal prison). Have you ventured into other areas of writing?

My first novel, Adamson’s 1969, is coming out in late summer in August. It’s something completely different, an adult/young adult coming-of-age romp. In the book, Adamson, a young Englishman, navigates his first full year alone in America during the war protest, rock 'n' roll, year of 1969. He faces dating, a cross-country adventure, Woodstock, antiwar protests, college, personal tragedy, and more, all while avoiding the draft.

You are known as an author, playwright, and publisher. Where does the publishing part of your life come in?

As a playwright, the peak of one’s literary experience is production. Later, the play may be published to make other productions possible but production is the goal. When I wrote my first book, Swimming Up the Sun, I needed a publisher. I followed all the recommended steps and had an agent at one point, but I came up : no one wanted to publish my memoir. I knew it was well written and a good story, so I decided to learn the publishing business and create my own small imprint, Apippa Publishing Company. Since then, I’ve published an exceptional Vietnam-era novel by Grady Smith, Blood Chit, and a color photography book by James Landry (my husband) called Memory Music. Adamson’s 1969 will be the fourth publication from Apippa Publishing.

As a result of your experience, you’ve become an advocate for adoptee human rights and adoption reform. Please tell us about that.

When Swimming Up the out, I set about marketing the book, going to conferences doing bookstore readings and interviews. I thought I knew the field of adoption from the adoptee perspective, but I was wrong. I knew what reunion had been like in England, but there was much I didn’t know. For instance, do you know that even today, millions of adult adoptees in all but fifteen states are permanently denied access to their own original birth certificates? It’s a terrible human rights violation that I’m working with adoption reforms activists to correct. Through my own and others’ stories, I’ve learned that relinquishment into closed adoption is traumatic for mother and offspring alike, even when the offspring ends up in a decent family as I did, and that the trauma lasts a long time.

What advice would you give an adoptee thinking about doing a search? 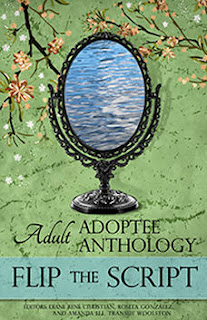 I say, if you have the slightest interest in knowing your biological kin (and why wouldn’t you?), then do it! Be prepared for the ride of your life. There will be ups and downs, joy and heartbreak, but it will be real and the story will be yours. Don’t make the journey alone: Enlist supportive friends and family. Find a good adoptee support group and use the services of a therapist experienced with working with adult adoptees in reunion. Employ DNA testing and search services to knock down the remaining walls to claiming your birthright. I’ve never met a single adoptee who said that she regretted searching.

What would you most like to be remembered for?

I want to be remembered for my kindness to others and for my books. James Baldwin said, “Remember, baby—a shelf of books—a whole shelf.”

To learn more about Nicole J. Burton, her plays/books, and her publishing company, visit her web site: https://www.nicolejburton.com

Fascinating interview and an emotionally complex subject. I will recommend the book to my book club.

I meet so many writers slaving away on family memoirs. Congratulations on breaking the publication barrier!

Perhaps your brave publication of this very personal journey will encourage others to explore their feelings and reach out to all of their families.

You are a brave person to share so much. Thanks for your fascinating story.

Thank you for sharing your journey, Nicole. What a reminder that life can be more complex and hold more drama than most fiction.

What a story, Nicole. I plan on ordering and reading your book.

I somehow missed this interview. Fascinating topic. I'm looking forward to adding it to my non-fiction shelf.