“Writing is like giving yourself homework, really hard homework, every day, for the rest of your life. You want glamorous? Throw glitter at the computer screen.”

I love that quote by author Katrina Monroe, don’t you? Now, don’t get me wrong, I love being a writer, and I’ve been doing it as a fulltime job since May 2003, when I boldly left the corporate world to become a freelance writer and editor. It hasn’t always been easy, and at times it’s been humbling, but the thought of going back to a Monday-to-Friday, nine-to-five workday is enough to give me hives.

So yes, it’s a satisfying life (if not a particularly lucrative one), and I’m sure there are some authors out there who even lead a glamorous existence.

I’m not one of those authors. Nothing drove that point home deeper than the time my friend, Michelle, invited me to speak to her Girl Guides’ troop for Career Night.

“It will be fun,” she enthused, “just you and one other woman, not sure what she does, exactly. We’ll break into two groups and you can talk about writing.”

Now, as I recall, the girls ranged in age from eight to ten. I hadn’t yet written a book—and even if I had, I write murder mysteries geared to adults, nothing even remotely Harry Potter-ish in my repertoire. But I had been writing for magazines for a few years, including a couple of magazines geared to kids. I had this! 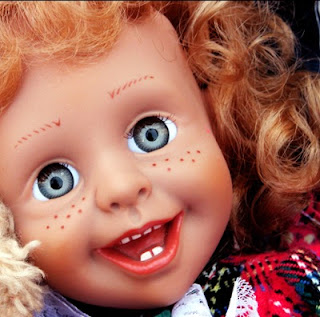 The night came and I was prepared. I brought a couple of magazines with me, thinking back to my school days of Show and Tell.  And then I met “the other woman.” Turns out she custom made dolls with hair, skin, and eyes to match the owner. Really cute dolls. Some of them even had freckles.

Magazine writer. Doll maker. Suffice it to say that the Guides, try as they might to politely listen to my spiel, were drawn to Ms. Dollmaker, and who could blame them? But I survived that night, sense of humor—and friendship with Michelle—firmly intact. And I kept on writing, eventually finishing my first book, The Hanged Man’s Noose, and getting a publishing deal. It may not be as glamorous as making dolls, but that’s okay. I’m a writer. And there’s nothing else I’d rather be. 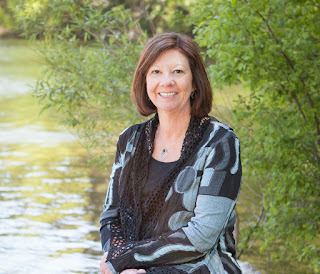 BIO: Judy Penz Sheluk is the author of two mystery series: The Glass Dolphin Mysteries (The Hanged Man’s Noose and A Hole In One) and The Marketville Mysteries (Skeletons In The Attic)
Judy’s short crime fiction appears is several collections. She is a member of Sisters in Crime, International Thriller Writers, the Short Mystery Fiction Society, and Crime Writers of Canada, where she currently serves on the Board of Directors as the Regional Representative for Toronto/Southern Ontario.
Find Judy on her website/blog at http://www.judypenzsheluk.com, where she interviews and showcases the works of other authors and blogs about the writing life. 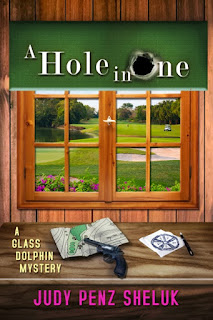 ABOUT A Hole In One: Hoping to promote the Glass Dolphin antiques shop, co-owners Arabella Carpenter and Emily Garland agree to sponsor a hole in one contest at a charity golf tournament. The publicity turns out to be anything but positive, however, when Arabella’s errant tee shot lands in the woods next to a corpse.

They soon learn that the victim is closely related to Arabella’s ex-husband, who had been acting as the Course Marshal. With means, opportunity, and more than enough motive, he soon becomes the police department’s prime suspect, leaving Arabella and Emily determined to clear his name—even if they’re not entirely convinced of his innocence.

Dogged by incriminating online posts from an anonymous blogger, they track down leads from Emily’s ex-fiancé (and the woman he left Emily for), an Elvis impersonator, and a retired antiques mall vendor with a secret of her own.

All trails lead to a mysterious cult that may have something to do with the murder. Can Arabella and Emily identify the killer before the murderer comes after them?

Cute story, Judy. Best of luck with your most recent publication.

Compete with a dollmaker for kids' attention? At least they were polite!

Thanks for a morning smile!

Thanks Jim and KM, I can laugh about it now, but at the time it was pretty much of an ego-bash!

Talking with children is always a high wire act. I spoke to a class and asked if anyone had questions. One hand popped up: "How old are you?"

Fun story, Judy. Back when I was a librarian I did school visits every summer to talk about the library's summer reading program. My first year I had to follow not just a magician, but also a karate demonstration! I feel your pain!

I agree with those who say it's a fun story. As a teacher of third grade for twenty years, you have to love kids and what they say. Once a parent at a parent teacher day, said her son said that my son had come over on the Mayflower. It was when I was teaching about the Pilgrims and had brought in a book that my son, John Alden, had signed the was about the Mayflower on which the pilgrim John Alden had come over on. I've written your book down to order, Judy.

OMG Shari, a magician AND a karate demonstration....you win!

Thanks Gloria and that's also a very funny story. You should use that in a story of your own some day.