Can Myths be Mysterious? 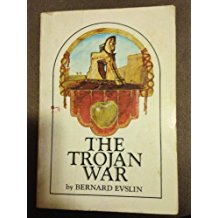 One summer when I was a high school student assisting with Vacation Church School, I was assigned the duty of manning the supply room. This meant that I got to read until a teacher needed something. My perhaps unusual selection was Bernard Evslin’s retelling of The Trojan War. I was captivated by how the author brought to life the ancient gods and mortals, and I imagined how exciting the spectacle would be as a TV ministries featuring a well-known cast of actors.

This year, as summer begins, I find myself enthralled with another retelling of some of those mythological events, Madeline Miller’s The Song of Achilles. The novel, published in 2012, after Miller had worked on it for ten years, has been widely praised, and it won the Orange Prize for fiction. 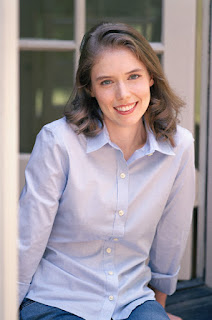 Miller first became fascinated with Achilles’ story as a child when her mother read it to her. She grew up in Philadelphia, received her bachelor’s and master’s degrees in Latin and Ancient Greek from Brown University. She also studied at Yale School of Drama, learning how to adapt the classic texts for modern audiences.

She tells the story from the viewpoint of Patroculus, Achilles’ chosen closest companion. Next to Achilles’ legendary achievements, Patroculus seems to be a mere helpmate and encourager. Yet, in Miller’s telling, Patroculus’s admiration for Achilles becomes the catalyst for so much that happens in the hero’s life. Watching the characters’ growth is a major draw to the narrative’s appeal. At one point, they pass each other, as Patroculus becomes stronger and more heroic in his own right. 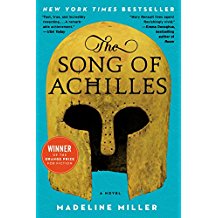 Part of any retelling of any popular tale is determining how to keep it interesting for the audience that knows the ending. Miller is incredibly adept at immersing the reader in a new world dominated by connections to the environment. Her descriptions incorporate all sensory perceptions as they reference trees, water, foods, and cultures.

Each character is intricately drawn. At the beginning, Patroculus is a child -- ineffectual, dismissed, and used. His own crisis comes when he accidentally kills a playmate and is exiled by his father. He enters Achilles’ father’s kingdom where unwanted boys are fostered, potentially building an army, for which Patroculus is the most unlikely candidate. Eventually, troops from that island join Achilles and Patroculus at Troy as the Myrmidons or “ant men.”

A trajectory that is particularly fascinating is watching how Achilles moves from being the golden boy to becoming a war machine in search of reputation alone while Patroculus develops wisdom and compassion, unconsciously becoming the best of the Myrmidons who must fall before Achilles is defeated.

Miller chooses to portray the relationship between Achilles and Paroculus as a physical one. It’s a modern choice that is rooted in some ancient texts and critical analyses. 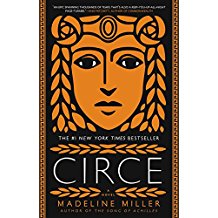 As I went through the novel, I found myself going back to Wikipedia and online sources to understand how Miller constructed the story, what she selected and what she discarded. Her decisions made the ancient world she created more vivid and more understandable in the reactions Achilles and Patroculus have toward women.

I recommend this novel for a number of reasons: to evaluate how the author portrayed both characters and plot, to admire the intricacies of her detailed descriptions, and to revel in her creation of a near-new world.

Already, I’ve begun her new work, Circe, a fascinating second book. Like Patroculus, Circe is an outcast; however, her life is in exile, rather than in the midst of wartime adventures. Circe sits on her island and hears stories of the outside world from Hermes and Odysseus. Yet, Miller keeps my attention by making me care about this immortal who is consumed by curiosity about mortals.

Are you a reader of mythology? What retellings have you found to be the most captivating?
Posted by Paula Gail Benson at 12:00 AM

I love myths, and I have a certain fondness for Scandinavian myths, which began when I learned in elementary school that the several of the days of the week are named after their gods and goddesses.

Some of my favorite college classes were in mythology (my professor and her husband had matching cars, with the license plates HERA and ZEUS). Thank you for recommending it, Paula!

Mythology is a rich field for authors. I enjoy seeing a familiar tale from a new perspective.

I love mythology-based characters. Shari and I must have take the same college class at different times: Homer and Virgil in translation, followed by classical mythology (including Singer of Tales) in literature and art. I've retained much of what I learned.

Paula, fascinating as our myths. I haven't thought of writing myths in what could be current stories. Now I'm going to think about writing something from that perspective.

Wonderful! I read Edith Hamilton's Mythology until the covers wore off. In high school, we read Greek and Latin mythology in the original language and fell in love with it. When we put out an underground newspaper (OK, I'm dating myself) the five of us who wrote it used names drawn from mythology so we wouldn't be identified. Even today, I find myself returning to the myths for inspiration for characters and motives.

KM, yes, the Scandinavian and Nordic Gods, so hale and hearty. What a vibrant field.

This is wonderful to read about the different experiences and cultures of myths. KM, Shari, Warren, Margaret, Gloria, and Kait, thank you for sharing. I've finished Circe now and recommend it.

This sounds fascinating. I don't normally read mythology and regret it nearly EVERY time I watch Jeopardy. I might give this one a try!