Ready Player One byErnest Cline: A Review by Warren Bull

Ready Player One byErnest Cline: A Review by Warren Bull 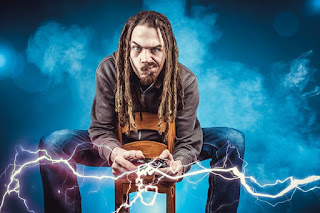 Image from pixabay
Wade Watts is a teenager in the dark and depressive future of 2045. He lives in a stack of no-longer mobile homes with his grandmother who spots his homemade computer and hocks it over his protests. Most people live lives of grinding poverty one step away from being forced into virtual slavery by a ruthless corporation. One bright spot in Wade’s existence is OASIS, a virtual reality game that allows millions of people to escape gritty reality. The 1980s-obsessed creator made the game open to all people but the Innovative Online Industries (IOI) corporation would do anything to take over the game and add it to their schemes to wring as much money as possible out of people who have very little. Within the game that are clues, called Easter Eggs, based on the 1980s that will allow one person to inherit the game and the boundless wealth that the inventor accumulated during his lifetime. When Wade stumbles upon the first clue he attracts the attention of IOI. The head of the corporation makes an offer that Wade refuses, only to discover that the competition is willing to kill him and everyone around him to keep him out of the race.  Wade will have to win to survive the contest. To do that he will have to face off against the forces that force the world into the depressing state it is in.
I’m old enough to remember the 80s, which added to my enjoyment. I remember some of the most obscure moves and television shows mentioned. The mystery is a very good mystery and the author plays fair with the readers.  There is a movie about the book coming out or maybe out already. I haven't seen it.
I think teenagers, their parents and their grandparents could enjoy this together. It held my attention through a long airplane flight and I am happy to recommend it,
Posted by Warren Bull at 12:00 AM

Warren, you're right. It looks like a great airplane read and I'd like to compare thoughts with my millennial kids.

Certainly an interesting premise for a book!

Can't wait to see this and compare it to the book. Thanks for sharing, Warren!

Warren, I'm putting that on my list to read. I'm old enough to remember the 80s, too.