Still Life by Louise Penny: A Review by Warren Bull 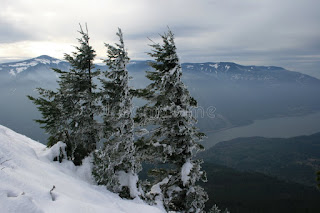 Still Life by Louise Penny: A Review by Warren Bull
It’s no great surprise that the ice in the cooler has melted. The buffet is down to those unidentifiable morsels of maybe meat or possibly cheese. I’m not sure I want to know. The bowl that held the chips has loose salt and crumbs. There are no napkins left. What does all this signify? Only that I’m late to the party again.
My wife is way ahead of me, as usual. She’s read all the Louise Penny books that have been published and she waits eagerly for the next installment in the series. I, on the other hand, only recently read Still Life, the books that introduced Chief Inspector Armand Gamache and his crew of investigators to the world.
Don’t tell me that mysteries have to be formulaic or gruesome or vapid to sell to today’s readers. Don’t tell that they have to be written with less than a sixth grade vocabulary or pedestrian in the their word flow. Still Life is not. It is another example of books written in what I believe will be seen as a golden age in crime fiction writing. Three pines, the village, is as much a character as the murdered and the murderer. Although the murder starts before the action, I would not characterize this as a light-hearted cozy. It is not a police procedural, even though the reader follows the police from their entry in the story through to the end. I don’t intend to sound disrespectful to either subgenre. I read and admire good work in both. I am saying that in my mind, this is a mystery needing no additional definition that will be considered a classic, if it isn’t already.
It respects the complexity of human beings. It entertains even as it comments on the ways of the world. It surprises without loud bangs. It reveals, leaving at least this reader thinking, “Why of course that’s what happened.” I felt like I was meeting old friends and lovers for the first time.
It is no surprise that I give this my very highest recommendation.
Posted by Warren Bull at 12:00 AM

Louise Penny delivers a reliable mystery in a complex, satisfying package. Her latest book just won an Agatha award; her next is due out in November.

I've heard Louise Penny deliver acceptance speeches at Malice several times--she is super loved by her fans. And there is a good reason for that. She writes an excellent book series, and she is one of the most gracious individuals you will ever meet. She is genuine, friendly, and approachable. Her acceptance speech this year was quite touching when she spoke of her late husband, Michael. This is a woman who is so impressive that you want to read her books because of who she is.

I've met Penny twice at book readings and she is exactly that: friendly, approachable, and gracious. I remember her stories of driving with her husband in ever-widening circles to bookstores to pitch her first book in person.

Great Blog. I love Louise Penny. When I retire I want to live in Three Pines and go to the Bistro and be insulted by the old poet and her duck. LOL

Warren, I've read all of Louise Penny's books and each one gets better and better. I met her at the Malice where she had published her first book Still Life. She sat at a table with me and her husband in Malice Go Round. She's such a friendly and wonderful person with a sense of humor, too. On a camping trip in Quebec with my sisters and a brother-in-law who had all read her books, as we headed south towards the border, we all joked that we wanted to find Three Pines to visit there.

Welcome to the club, Warren!