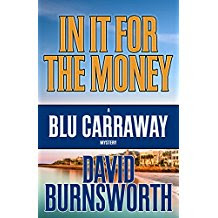 The action takes place around the Charleston, SC area. After reading In It For The Money, I decided to interview David. I’m not one for violence and there is some—but it doesn’t feel written in for affect—it results naturally from the plot. And, as I’ve said before, I’m a fool for Lowcountry mysteries. What really sold me was his likeable main character, Blu Carraway.

Who wouldn’t like a guy who fights for the truth, tries to be a good dad, feeds “wild” horses, wants to keep his family’s private island in the family even if taxes are killing him, and still gives back a client’s check that would have paid the taxes in full because he fears the check is blood money? Anyone would like Blu. He has that all-American hero vibe, which is irresistible.

Brack Pelton, in his mid thirties, is a Marine veteran having served in Afghanistan. Blu Carraway is about ten years older than Brack and served in Desert Storm as an Army Ranger (sniper). I would have thought you would have conceived of Blu first. How did the second series come about, David?

My original publisher for the Brack Pelton series decided not to publish mysteries anymore, which left a lot of authors twisting in the wind. I had already been in discussion with Henery Press for a new series, so I guess the best answer is Blu Carraway came about out of necessity, and then I really grew to like him as much as Brack. In BLU HEAT, I got to pair them up and they were very complimentary characters.

How do you choose weaponry for your main characters to use? What is a nineteen eleven anyway?

A 1911 is a Colt 45 automatic pistol that came out in 1911 and has been in production in one form or another since. It’s a classic pistol and I thought it fit Brack’s character. Blu carries a Beretta 9mm most of the time because he carried one as a Ranger, but he also has a Glock.

What is “boots on the ground” mentality?

“Boots on the ground” mentality is about being a grunt, someone doing the actual fighting, not sitting in a conference room at headquarters.

Blu Carraway lives on family-owned Carraway Island, located near Charleston, SC, in a small house lacking in modern comforts. Are there many privately owned islands off the South Carolina coast?

Yes, there are quite a few private islands.  Some of them have horses. 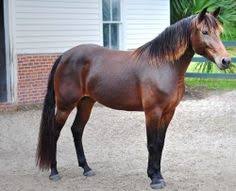 Dink and Doofus are two Carolina Marsh Tackeys from the small herd living on the island, who act more like dogs than horses. Did you get to know any horses of the breed while researching this book?

I wish I could say yes to this question. But, my experience with horses goes back thirty-five years when my mother and I would go riding in the mountains of western Pennsylvania.  I got to know Dink and Doofus really well by writing them.

Wealthy client Cynthia Rhodes hires Blu to find her son Jeremy, who has disappeared. Why does Blu distrust her?

Things don’t seem right about the story she told him. He is used to clients not telling him the whole truth, but he doesn’t get a good read on her.

Blu’s describes his partner Crome, who he met in the Rangers, as “an ex-speed addict,” “a savage-soldier, but not a very reliable business partner,” and “a cold-blooded killer,” yet Crome never forgets to bring Dink and Doofus snacks and Crome acts like a true uncle to Blu’s daughter, Hope. How would Crome describe Blu?

Uptight. Reliable as the day is long. Quick. Smart. Committed.

Blu and his girlfriend, Billie Day, have a strange relationship. Their timing in the past hasn’t been good. They’ve married and divorced other people and keep coming back to each other. But, in the story’s beginning, they haven’t seen each other in six months, and Billie decides to stop seeing Blu until he ends the Rhodes case. Why does she do this?

Billie realizes she now has Blu, but based on their history, has trouble believing he is hers. Blu doesn’t help matters by spending time with the young female reporters, even if it is to help locate the missing person he is hired to find.  When things get too close, Billie feels she needs to back off and reassess the matter.

Have there been changes in the laws since The Driver’s Privacy Protection Act of 1992? I see ads on the Internet where you can buy DMV information. Is this illegal or has the law changed?

As far as I know, the law has not changed. I imagine if one is tech savvy, they can find almost anything these days. Blu is a lot of things, but being tech savvy isn’t one of them.

Blu’s simple missing person’s case turns deadly when he realizes someone else is looking for Jeremy and that someone has put a hit out on him. He enlists the help of Patricia Voyels, Brack’s aunt, who owns a news organization to find out who is behind the hit and why. The reporters Patricia puts on the job seem like naïve actresses. Why would she endanger their lives?

Patricia doesn’t realize how dangerous the job is, or has gotten immune to the dangers. And the reporters wouldn’t take being told “no” as being in their best interest anyway. As a side note, I’ve finished the first draft of the second Blu Carraway novel, and these two characters really come into their own in a way I hadn’t anticipated.

What’s next for Blu or is the next release a Brack book?

The next book will most likely be the Blu Carraway novel I am working on that I already mentioned. However, I do have ideas for another Brack Pelton as well. Now that I have both characters, each will make a guest appearance in the other’s book from now on.

At a restaurant, would you choose the grouper, tile, or mahi? 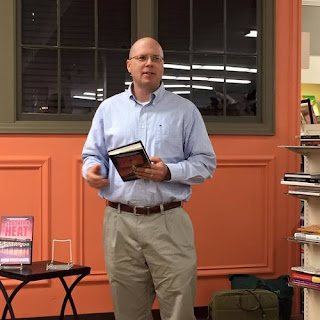 In It For The Money Jacket Copy
Lowcountry Private Investigator Blu Carraway needs a new client. He’s broke and the tax man is coming for his little slice of paradise. But not everyone appreciates his skills. Some call him a loose cannon. Others say he’s a liability. All the ex-Desert Storm Ranger knows is his phone hasn’t rung in quite a while. Of course, that could be because it was cut off due to delinquent payments.

Lucky for him, a client does show up at his doorstep—a distraught mother with a wayward son. She’s rich and her boy’s in danger. Sounds like just the case for Blu. Except nothing about the case is as it seems. The jigsaw pieces—a ransom note, a beat-up minivan, dead strippers, and a missing briefcase filled with money and cocaine—do not make a complete puzzle. The first real case for Blu Carraway Investigations in three years goes off the rails.

Thanks so much for sharing! If you haven't read David before, you are in for a real treat.

Gloria, Rowe, and Warren, thanks for your comments! Let me know what you think if you read it.

Warren summed it up--David's book contained fun characters anyone would like to meet. I liked Blu, I liked his "family," including the horses--which were a fun addition. I enjoy reading authors who create interesting side bits, enhancing the characteristics of the main character. Living on an island myself, how could I not appreciate Blu's home setting.

I've made many visits to the Savannah area and enjoy reading about the Low Country. Looking forward to your books.

I've read the Brack Pelton books and really enjoyed them. I will have to read the new series.

I hope you enjoy my latest book, Margaret. Thanks for your comment!

Hope all is well with you, KM. I enjoy your books, too!

Congratulations, David, on the new series. I look forward to reading it. I hope Brother Thomas makes an appearance.