The Deep by Mickey Spillane: A Review by Warren Bull 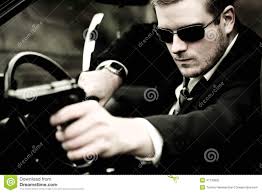 The Deep by Mickey Spillane: A Review by Warren Bull

The Deep was published in 1961. Deep, a man with a history of violence and delinquency as an adolescent, returned to the streets he used to rule with his friend and their gang after twenty-five years. Long ago Deep and Bennett flipped a coin to see who would run the criminal empire in New York and who would leave to start in a new empire away from the city. Deep lost and departed. Nothing was heard from him again for those twenty-five years. Then Bennett was murdered. Four days later a big man arrived. It was Deep.

In his will Bennett left his real estate, businesses and cash to Deep with the provision that if his death is a violent one, Deep will identify Bennett’s killer within a week.

Deep renewed his acquaintances with friends and foes of long ago. He announced that he would take over Bennett’s operations. He lived up to the worst fears of those who wanted to take over the illicit enterprises themselves. He also reconnected with the woman who loved him.

Through shootouts, rumbles and ambushes, Deep proves he is still the toughest of the tough. The novel rocks along to it satisfying conclusion. The Deep is a fun easy read.  I recommend it.
Posted by Warren Bull at 12:00 AM

Spillane books were so much fun to read. The genre is out of style now, but maybe, with this crazy world, it's time to bring them back. Thanks for a fun review, Warren!

Sounds like it has all the elements that make Mickey Spillane a classic!

I've never read a Mickey Spillane book. I'll have to try one of them someday.

I enjoyed all of the Spillane books as they came out, even now with MA Collins finishing up some rough drafts, and I thought THE DEEP was one of his best.