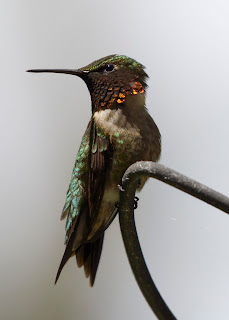 The beginning of a new year means for many the beginning of new goals. Gyms will be filled with people intent on getting into shape; weight-loss reduction programs will experience a spike in memberships; budgets will be crafted to curb “unneeded” spending and allow more savings for retirement or college or whatever. Flash forward three months and most of the goals are distant memories over which we feel guilty. Gym equipment languishes unused, some of the weight lost in January has returned by April; who knows how we’re doing against budget, but we don’t seem to be saving more.

Each of us has our own reasons for setting goals, but in general goals provide structure to help modify behavior and improve chances of success. SMART goals make it more likely you can succeed in attaining your goal.

What are SMART goals?

SMART is an acronym to remind us how to construct goals:

S stands for Specific. The best goals are those formed with a specific outcome in mind. Let’s use weight loss for our example. Setting a goal to “lose weight” is less likely to encourage you to meet your objective, than is a goal to “lose 10 pounds,” which has specificity.

M stands for Measurable. Not only should a goal have specificity, it should be quantifiably measurable. A goal such as “lose enough weight until I look good in a bathing suit” may be what you want, but it is subjective. Further, it may have several components to it. Yes, losing weight may be necessary, but so too might be increasing muscle tone. We can measure pounds lost on a scale. We can measure muscles by number of pushups or how long we can hold the plank position.

A and R can have two different meanings depending on whether you are setting your own personal goal or whether a boss/parent/significant other is “helping” you set a goal. If the goal is personal, then A stands for Attainable and R stands for Rewarding. If your goal has a top-down element to it (as in someone else is top and you are down), A stands for Agreed and R stands for Realistic.

The combined meaning of these two letters assures the goal is something you agree is realistic, attainable, and provides some measure of reward. The reward can be anything from personal satisfaction to a corporate bonus, but it must be sufficient to make the challenge of attaining the goal worthwhile.

Your spouse telling you that you will lose 25 pounds in the next six months when you think 15 is more realistic means you have not agreed. Even if your spouse is correct that twenty-five pounds is realistic; this goal is not SMART. Similarly, if you set a goal of 25 pounds, which you would find rewarding, it might not be realistic if you haven’t weighed that since you were in high school—and that was thirty years ago!

T stands for Timely. The goal must have a timeframe attached to it. “I will lose 10 pounds” can meet the SMAR components, but when should this happen. Without a specific date, it is too easy to defer changes in your behavior until mañana—which never comes. Our SMART goal could be “I will lose 10 pounds by June 30, 2017.”

Helpful Tips on Succeeding with Your SMART Goals

We’ve developed our SMART goal of losing 10 pounds by June 30, 2017. Can we set any intermediate goals to help us stay on track and provide positive feedback along the way to achieving our main goal?

Well, of course we can! We don’t want to be in a position where we haven’t lost any weight for five and a half months and then we need to lose all the weight in two weeks. Even if we starved ourselves and dumped a bunch of water weight, we wouldn’t keep the weight off. That was not the original intention of what we meant by losing the weight.

Many goals require multiple steps to complete them. Each of those steps can be a separate goal. For example, anyone who has dieted knows losing the first pounds are the easiest. Our motivation is often high and simple changes can bring initial success. How about we set an interim goal to lose four pounds in January 2017? Specific—yes; Measurable—yes; Attainable—yes, we believe a pound a week is doable; Rewarding—you bet 40% of the way there; Time-specific—yep.

Nothing succeeds like success. You should reward yourself for attaining your interim goals. However, your reward shouldn’t be something that diminishes the likelihood of attaining your goal. So, treating yourself to a massage after losing the weight could work well. Splurging on a hot fudge sundae with all the trimmings—not so much.

Another reason to set intermediate goals is that they allow you to adjust your plan over time. You succeed with your January goal and lose the four pounds, but you felt hungry the whole month. Perhaps February’s goal is to lose one additional pound. Accomplishing this makes sure you don’t go backward, gets you closer to your goal, etc. 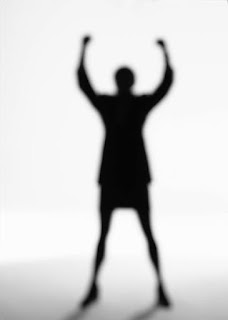 Sports psychologists have studied the powerful effects of visualizing future success. In our weight loss example, what will change once you have lost the 10 pounds? Close your eyes and imagine how good it feels when that pair of pants you struggle to button no longer crimps your waist. Visualize each step of the process. Think of what it will feel like to slip them on—first one leg and then the other—pull the pants together to button them and the button slips into its hole without the necessity of you sucking in your gut. The zipper pulls up without any strain. The waistband has a little flex and doesn’t pinch.

Perhaps now you can wear a favorite blouse that has been a bit too tight. Mentally watch yourself in a mirror pulling on the blouse, buttoning each button, maybe decorating the outfit with a favorite necklace or lapel pin. Isn’t it great to be wearing that outfit again?

The more specific you can be about visualizing what your success looks like, the more power the effect on you.

What do you think, should SMART goals be in your future?

LOL - You betcha as we say up north.

OK, I'll try again, auto correct made for a funny post so I deleted. This is the perfect blog post for today, Jim. And great advice for any goal. Happy 2017!

I want to be SMART. This was terrific advice. New years is a great time to embrace change, as long as one is realistic.

Jim, I gave up making goals on the first month of the year a long time ago. Instead, I keep a list of things to do and cross them off as I accomplish them. Things like send out thank you
letters to all who gave me Christmas gifts. Write chapter 35 and send it for review, or write a blog for next Thursday and send it for review. Or fill the bird feeders or clean the pony stalls. Clean the refrigerator, sweep and dust the living room, balance my check book, or in nicer weather, mow the front yard.These are all attainable goals and gives me a feel good moment when I cross them off.

The SMART approach seems sound to me. I'll have to try it. Thanks for the tips, Jim.

A good reminder for those of how thoughtful preparation and groundwork can improve our chances for success.

Thanks, Jim. Your Timely post will help me plan Realistic and Attainable goals I can Measure Specifically. The perfect message for the new year. Hope it's a great one for you.