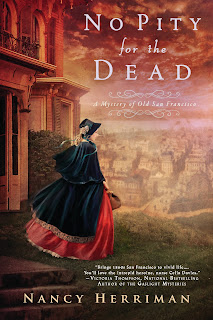 I have always been a history buff. I enjoy the escapism found in another time and place, and I also believe there is much to be learned from what has happened before. Rather a bit of “there is nothing new under the sun.” But I have never been one for the rote details you’re forced to learn in school, such as”‘this battle was fought on such-and-such a date.” Instead, I am fascinated by the history of the common people and how they lived their lives, the stories that don’t make it into textbooks. What did they strive for? What problems did they face? What do their hopes and fears tell us about ourselves in this modern world that, on the surface, seems so different?

As an author, then, it is only natural that I write historical novels. But before I could start writing them, I had to do research. I came across many interesting tidbits, such as:

-    The first medical college meant to exclusively train female doctors, The Female Medical College of Pennsylvania, was founded in 1850.
-    Spiritualism became widely popular after the Civil War as mourning Americans sought ways to contact the deceased family members they had lost in such devastating numbers.
-    Watches, usually worn as a pendant or dangling from a belt, first became a popular luxury item in the waning years of the 1500s.
-    Not only were Tudor wives expected to cook and clean, in more prosperous houses they were in charge of “surgery,” brewing, weaving, and distilling “waters” used as medicines and perfumes. Such titles as The English Huswife, An Herball, Proper New Booke of Cookery, and A Most Briefe and Pleasant Treatyse, Teaching Howe to Dress, Sowe, and Set a Garden existed to help them in their tasks. Meanwhile, their well-off husbands with free time might take advantage of such texts as A Booke of Fishing or The Noble Arte of Venerie or Hunting.
-    The word “crunch” was not in usage prior to the 1800s, making it nearly impossible to describe that sound in a mystery set in 16th-century England

But more importantly, my research has taught me that, even if folks inhabited chilly wattle-and-daub cottages or wore corsets or feared the new-fangled gas lighting, they still wanted what we do now. They prayed for peace, wrote love letters, tried to figure out which diet promoted health, enjoyed evenings spent with their friends, liked to sing and dance and gossip, argued about politics, struggled to make ends meet and find good employment for their children. Despite our outer trappings and our modern conveniences, we have more in common with them than we might otherwise imagine.

My questions, then, for you are: Do you enjoy reading historical mysteries? If so, which ones and why? If not, why not?

Nancy Herriman retired from an engineering career to take up the pen. She hasn’t looked back. Her work has won the RWA Daphne du Maurier award, and the first book in her ‘A Mystery of Old San Francisco’ series, No Comfort for the Lost (Penguin), was chosen as the Library Journal August 2015 Pick of the Month. When not writing, she enjoys singing, gabbing about writing, and eating dark chocolate. She currently lives in Central Ohio with her family. 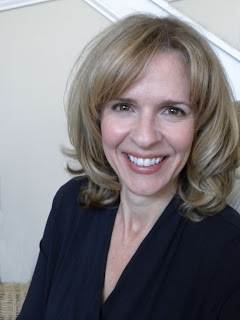 An interesting blog! I enjoy novels that shift between different time periods. Last year I wrote my first short story set in a historical time period, and was astonished with the amount of fact-checking and research I did.

Hi Nancy,
First let me say how absolutely beautiful that book cover is!
I love historical mysteries and lately have been enjoying the Maisie Dobbs series, set after World War I, a time of such tremendous change, especially for women. I also enjoy books written in another era (especially the Golden Age of mystery) and soak up their atmosphere. The small details, like the ones you mentioned, really bring the past alive.

Hi Nancy! Welcome to WWK. Yes, I enjoy reading historical novels and, in fact, after I finished barn chores instead of getting to work inside, I finished one this morning I had started a few days ago.- ESCAPE by Jean Henry Mead, a Wyoming historical novel. Like Shari, I have read all the Maisie Dobbs series and the Rhys Bowen Molly Murphy mysteries as well as other books of the past that weren't mysteries. I belong to two book clubs and often books of historical fiction or historical true stories are chosen. Because I have a daughter living in the San Francisco area, I'm looking forward to reading your book.

I love well-done historical fiction, especially mysteries.It is the details that make the story ring true and draw the reader in.

Reading historical fiction is the perfect way to be swept away from the present with all its challenges and deposited in a different time--with different challenges.