Boston Blackie by Jack Boyle: A Review by Warren Bull 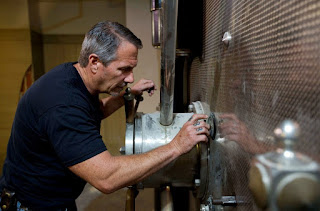 Boston Blackie by Jack Boyle: A Review by Warren Bull

Image from the New York Times

First published in 1919, Boston Blackie generated radio programs, a television and numerous movies. Since the character entered the public domain, at least two graphic novels about him have been published. The author was a former newspaper reporter who became addicted to opium and fell into crime. While in San Quentin for writing bad checks he wrote the first Boston Blackie story. A series of stories published in magazines were strung together into a novel.

The hero of the first stories and the novel was an unapologetic jewelry thief who committed crimes for the excitement and challenge. In his later portrayals, he went straight after a stint in prison. In the original stories Blackie lives by a code that he respects much more than the police and prison staff respect the law.

I found the novel to be a fun, quick read. I recommend it on that level.
Posted by Warren Bull at 12:00 AM

Thank you for this, Warren. I had no idea that Boston Blackie was ever a book. Part of my childhood years were spent near New York City and late at night I used to listen to the re-runs of Tales of Boston Blackie on my transistor radio. It was one of my favorites, along with Raymond's Creaking Door (that might not have been the name of the show, but it opened with a door creaking). Alas, my radio listening career came to an end when my radio overheated and melted under my pillow. Still, Blackie made an impression. Now, I'll have to seek out some of the books.

Interesting! I'll check out the books. I haven't heard much radio drama, but I did enjoy it, unless I was driving.

I read contemporary fiction, Warren, but this series you are presenting has me wondering what I've missed.

Warren, another excellent book review of a book I want to read.

Thanks, Warren, for introducing me to some authors I've never read. I'm making my way through Ngaio Marsh now and enjoying her books.

I've read some Boston Blackie stories, but not the novels. When Jimmy Buffet sings about a Boston Blackie pencil thin mustache, it becomes evident that this character is well ensconced in popular culture.