Life Colors by E. B. Davis

My husband and I started preparing to move from our Virginia home of thirty years, the house where we raised our children, and from the community in which we had friends, in January 2016. Eight years before, we’d bought a vacation home on Hatteras Island (HI), NC. In Northern Virginia, we increasingly felt like strangers. Leaving HI was becoming harder and harder. It’s where we felt we belonged.

Our son and daughter were grown, in their late twenties, and embarking on their chosen careers. The first four months, we spent packing and shutting down our thirty-year-old construction business. Decisions of what to take with us, give to our children, discard, or put into storage were arduous. In the meantime, I tried to write, but the immediate needs of our move prevented me from putting words to the page.

Our vacation home didn’t have enough space for our belongings (including our coats, clothing, tax records, Christmas decorations, etc.). Since it had been built as a rental with small closets and no coat closet, we needed to build an addition to accommodate our stuff. That’s what we did for a living but couldn’t build it while living in Virginia. We could have hired someone else to build it, but it would have cost three times as much and (yes, we’re up on our skillset) it wouldn’t have been built as well. 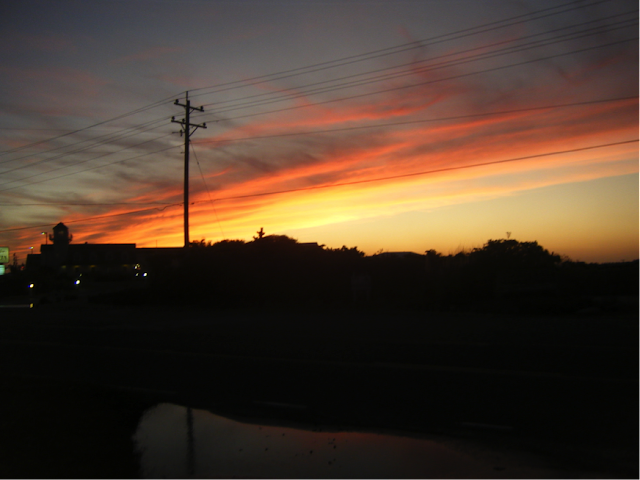 By May, we were moved into our HI house, had our Virginia home on the market, and completed our building plans. We submitted them to the county, which were approved, hired a helper for my husband, and started building in June. For income and to get to know our community, we serviced pools and spas for vacation rentals (the big tourist industry here) three times per week. The other four days of the week, we built our addition. By July, our Virginia house sold—our bridge burnt—but we had no second guesses. I had the opportunity to submit to an anthology, but not only was the theme one in which I had no experience, I also had no time to write.

The building went agonizingly slow, but by October, when the rental season and our jobs dwindled, I saw light at the end of the tunnel—a cliché, but one that especially fit on HI. Environmental colors here are more brilliant than any place I’ve ever lived. Shoals (underwater sand bars/dunes) reflect light, which surround the island from all sides. Sunrises and sunsets are spectacular. I’ve tried to capture the colors with a digital camera and my iPhone, but I’m always disappointed. The colors aren’t true. I take a picture and view it in my camera while holding the camera against the sky of the picture I just took. The camera doesn’t capture what I see. 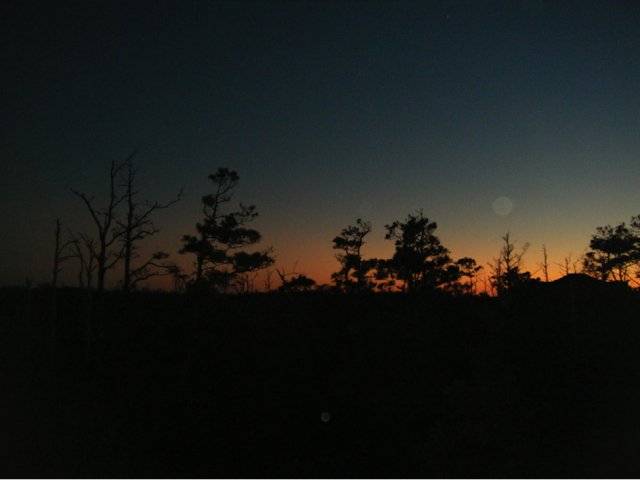 That glimmer of getting through this transition enabled me to write a holiday short story for WWK. Just before Christmas 2016, we obtained our occupancy permit and moved our stuff from storage into the addition. Since the temperatures had dropped, I was glad to have my coats and sweaters back. Part of the addition was a new office—for my writing. Our physical transition had finally ended, even if it had taken a full year. We still have a lot to learn about the island and living here, but I also feel it will contribute to my writing. My time is once again my own.

I’m still frustrated because I can’t capture those colors, but I’m also comforted because that digital contraption can’t do what I can do. No device can replace a human, and there is no substitute for the human experience. It’s divine. 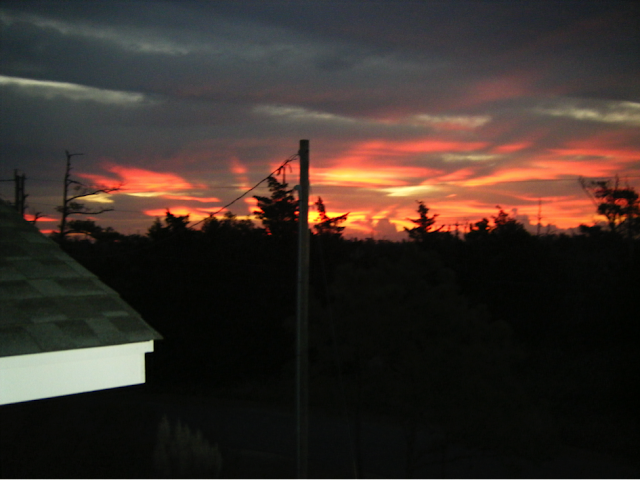 Email ThisBlogThis!Share to TwitterShare to FacebookShare to Pinterest
Labels: a writer's life, E. B. Davis

In my opinion, the only good move is a completed move.

As for getting pictures that reflect what our eyes see, camera sensors have a range in light levels that they can capture which is smaller than what our eyes can see, and therefore they must make adjustments for it.

Production software (Photoshop and the like) can change the white-balance and hue density and re-create the pop you see.

The photos are beautiful. I look forward to seeing how island life shapes your writing!

congratulations on completing the move and construction. Looking forward to more stories set on Hatteras.

The colors in the environment always seem brighter to me during the fall when the leaves of the trees change color.

What glorious photos! It is hard to capture with a camera what you see with the eye. I think it has to do with the added coloration of the physical impression the overall scene makes on the viewer. You definitely did a great job though. HI looks magnificent!

Jim--I once got a starter Photoshop. It seemed as if it would be great software, assuming there was time enough to actually learn it. It was complex and baffling. If I had that time, I'd spend it writing! Guess I'll have to be frustrated.

Warren--I'm allergic to leaf mold. Luckily, we have few deciduous trees in Hatteras. Of course our sources of mold abound in the wet environment, but as far as autumn color--nada.

Julie and Margaret--my aim is to outline a series with Sue and Woody as the main characters. So far, taxes and family demands have pushed my goal to February. I will, I will, etc.

Kait--HI is magnificent. Visit sometime since my getting to Florida will have to wait until next year.

Oh my what a great life adventure for you. I enjoyed your photos. Take it easy.

The photos are lovely! If you're using a smart phone, consider a camera+ app. Can really make colors pop!

We're by the water too, and I've seen what you are talking about - I've seen purple and orange skies that astonish me. Thank you for sharing your photos. They are still spectacular.
Glad you're settling into your new home and have time to write.

The pictures are wonderful--how beautiful it must be if you don't feel they do justice to what you see!

I know what you mean about carving out time for writing. We're having work done on the house (we moved to a location in rural Pennsylvania that we love years ago, and would like to stay in this house for a while longer) and somehow it just sucks up the energy, even though we're not doing the work ourselves. There are all sorts of decisions to make and we can't find anything. Even when I have time, I find it hard to call my mind back to the tasks at hand. I'm still concentrating on short stories, which at least don't require me to remember quits so much of what I've written.

And I'm glad to hear we will see more of Sue and Woody. Not to mention Pam and Buck.

Never heard of it Carla, but I'll go to the app store, of course.

I used to live in rural PA, KM, but South-central. I think I'll keep Pam and Buck to short stories, out side and in between the books. Maybe have them published while I scrambling to write the next.

I know how hard moving the last move I made, and hopefully it will be my last, had to go quickly because the house we (my ex and I,) sold didn't give me a lot of time to move because
the old farm house I had bought wasn't done being ready to move into. My kitchen cupboards were still in boxes in the living room. There was still a lot of other to be done, too.

I think your pictures are beautiful.

Congratulations on a successful sale and move. Living on the beach would be a dream come true for me. I hope you find everything you're looking for.

We knew going into the move that our stuff wouldn't fit. But we also had over 1000 sq.feet of deck space, some of which, we could enclose--which we did. Moving is hard, but when your destination isn't ready--it's hard, Gloria. We've felt your pain!

Thanks, Barb. We hope so--so far we are enjoying the island without tourists. There is room here, not many people, and a lot of ocean and sky! Thanks for dropping by.

Congratulations, Elaine, on successfully transitioning from Northern Virginia and employment to North Carolina and retirement. I hope you spend many happy years there. Now, get back to your writing.

I am really trying to get back to writing, Grace. I've started by editing stories submitted in my Guppy short story group, which has pulled me in with enthusiasm. I love shorts, but they aren't my goal these days. Thanks, everyone!

What a lovely post and what a hectic year! I'm glad you're settled and that you love the place you're in. Now, back to writing! Best to both of your in your new home.

Thanks, Kaye! I hope your life settles down some, too! Take care.