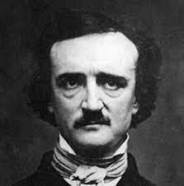 Edgar Allan Poe, inventor of the detective story, master of the short story and renown poet offered some thoughts on writing short fiction and poetry. I summarized some of them below:

1. Before putting pen to paper have the entire work including the ending worked out in your mind.

2. Write what can be read in one sitting. The time the typical reader is willing to spend reading has changed since Poe’s time but the concept is still valid.

3. Work toward unity of “effect.” Poe believed that the aim of a short story was to create a single mood, or ambience, which he called an effect. He favored melancholy and horror, but this applies to any mood.

4. Poe insisted that the effect should start at the very first line.

5. Related to the idea above include nothing that detracts or distracts from the design of the piece.

6. Regardless of the genre keep the story true to the way people really act in a given situation. It may be a fantasy, romance or science fiction but the characters’ actions should ring true to the human heart.

7. Stress imagination, invention, creation and originality. It is not necessary to invent a totally new situation. Familiar plot lines can be presented in fresh ways.

8. The resolution must be satisfying. In fact Poe suggested that the ending is often where to begin the piece.

Good stuff here, Warren. Poe was the master for a reason!

A timely reminder. I wonder how long Poe's contemporaries would read without taking a break?

I'm going to keep this close at hand, Warren. Poe is one of my writing idols, though his rule to figure out the whole story before putting pen to papers is tough for this pantser!

Interesting, Warren. I'm not sure about some of his advice though, especially not when writing novels instead of short stories or poetry, especially his rule that Shari mentioned. I have a general idea of where my story or book is going, but not the whole thing ever.

Poe defined the idea of short story, and most of us would benefit from keeping his "rules" in mind.

Whoa. Excellent rules! Who would suspect Poe of being so disciplined? I agree with all, except having the ending in mind. Sometimes the characters need to surprise the writer. But perhaps writing conventions were different in those days. I would like to discuss it with Edgar over a cognac or two.

How nice to read Poe's rules and surprising that he was so disciplined about his stories. He was the master!

Thanks for remembrance of Mr. Poe during his birthday month.