Five Lessons Learned as a Nano-Press 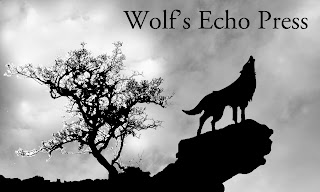 What is a nano-press? Small presses are often defined as with revenues of less than $50 million. Micro-press frequently refers to the physical size of the books (often pamphlets or comics). Wolf’s Echo Press revenues are WAY BELOW the $50 million mark, so I thought that I should come up with a distinguishing term, and nano-press sounded about right.

Last year, I decided to produce an anthology of novellas set in the lowcountry of the southeast U.S. I invited three author friends who knew the area well to participate with me. The result is Lowcountry Crime: Four Novellas. It’s on Kindle pre-order for only $2.99. Once it’s officially released the price jumps to $3.99. Hurry! Hurry!

1. Deadlines are there for a reason.

Authors are busy people. They often have multiple current writing projects, need to do their own marketing, and many have jobs in addition to their writing. For this anthology to succeed, I set target dates for each major step in the process for both the authors and the publisher: the initial submission from the authors, the first round of edits back to the authors, the second and final revisions, when the publisher owed proof copies to the authors, and when they had to give their okay.

2. Everything takes longer than expected.

I was dealing with three pros, and my first inclination was to develop a nice tight timeframe to move the project from conception to completion. The sooner revenue began coming in from book sales, the quicker authors could earn out their advances.

And then I reflected on my corporate life when I managed people. I had learned through experience that each of us has built-in biases when we estimate how long something will take. A manager’s job is to adjust the estimate for each person’s bias. Some people pad their estimates. Whatever they say can be shortened by some percent. Others assume everything will go perfectly; their estimates must be lengthened to reflect reality.

I know how long something should take, and that’s how long I want it to take. Of course, it takes longer because stuff does happen. Because I know my tendencies, I took my original timeframe and added significant “extra” time. Sure enough, we needed most of that slack.

Getting something close to correct takes considerable effort, but if you want to get it right, it takes a lot more effort. I didn’t measure the specific time each task took, but I suspect a version of the 80/20 rule is applicable to the effort of producing a book for publication.

I know that perfection in an 85,000-word document is impossible. However, the quality of this book reflects directly on me. Not only did I write one of the novellas in the anthology, I helped edit the others, and a quality product may lead others to want to work with me in the future on projects—or if I screw it up, convince them not to work with Wolf’s Echo Press. You can only make a first impression once!

Which means that I spent considerable time trying to ensure we had no typos (I suspect at least one is still hiding. Please let me know when you find it.) Laying out the manuscript for print meant looking at each page, finding ways to eliminate orphans, making adjustments such as inserting soft-hyphens when justified lines spaced too broadly.

And then there was all the time spent in setting up the distribution process. Choosing appropriate meta data, keywords, developing the description readers will see when they look for the book.

Etcetera. Etcetera. Thank goodness I knew my tendencies and set the timeline with “room to spare.” 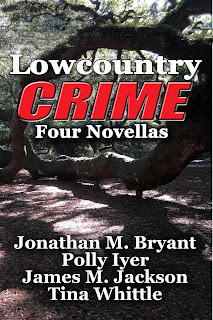 Consider this nightmare scenario: despite sign off from the publisher’s proofreader and the author, you discover a homonym somewhere in the book. My experience is that readers will tolerate a typo or two, but if they find a homonym or a character whose name changes, it pulls them right out of the story. They read it twice and then discount the author’s intelligence, the publisher’s quality standards, mentally mark down the number of stars they will give the book in their review, start looking for other errors. Not good; not good at all. We want entertainment on every page, not scrutiny of every page.

Fortunately, most homonyms have about the same number of letters as the correct word. But, let’s say it’s a name change. If this error were caught anywhere early in the process, it would be a small matter to make the fix. Late in the process, it requires change to both the print version(s) and the electronic version(s). And in the print version, if you are unlucky (I was), the change from (say) Jennifer to (say) Jess, shortens the text enough to cause one fewer line, which in turn leads to an orphan on some later page.

Decision time. Let the layout go with the orphan, or change the initial document, the print layout, and the file transferred to the distributor(s)? Of course I changed it, but it was all extra work caused by timing.

When I looked at the print proof version of the book, I discovered a major (to my mind) issue. No one—author, proofreaders, publisher (that would be me)—had noticed that one of the novellas used straight quotes (mostly) instead of curly quotes. As I paged through the paperback proof looking for anything that might be a problem, the $%^&* things jumped off the page and smacked me in the nose.

I immediately knew what had caused the problem (the author had returned edits using a program that did not recognize curly quotes) and how to fix it. However, not only did I need to fix both print versions of the book, I had to fix the two electronic versions as well—and do it in a manner that didn’t screw up the direction of the curly quote in, for example, ’cause. [Checking for the straight quote issue is now part of my processing checklist when I go from document to print layout.]

5. The mystery community is generous.

Unlike much in life, the mystery community does not consider writing and reading to be a zero-sum game. One person’s success does not take away from anyone else. We root for each other and help each other along the way.

Other nano-publishers were generous in sharing their experiences in publishing anthologies. Some people generously offered to proofread the manuscript for the thrill of finding errors and because it allowed them to read the stories first. Thank you for your eagle eyes.

I’ve had the chance to work closely with three fine authors on this project (Polly Iyer, Jonathan M. Bryant and WWK’s own Tina Whittle) and see how they each crafted stories using the lowcountry setting and instructions that the novellas were to be “north of cozy and south of noir.”

Lastly, I do want to thank readers who take the time to leave honest online reviews. I think I speak for all authors and publishers when I say we couldn’t do what we do without you, and we appreciate the reviews you write to help others know of our work.

Such interesting insights into this publishing process! I'm looking forward to reading the stories.

Thanks, Becky. Live, learn, and pass it on.

Thanks, Jim, for the sharing the angst of publishing. I was once assistant editor of a corporate newspaper distributed to 100,000 employees...weekly. Talk about panic when the proofs came back with a glaring error, like the spelling of the president's name. Wish you all great success with the anthology. Marilyn Johnston (aka cj)

cj -- Just reading your comment sent a shiver of angst up my spine -- knowing with that many words something will be wrong. You just cross your fingers and hope it's a small one. :)

Congratulations, Jim. Writing is tough, but publishing is even tougher. I was involved with writing and publishing technical and nontechnical works for one of my daytime jobs, and it was one of the hardest jobs I ever had. Your blog did an excellent job describing some of the challenges publishers face. So people who are thinking of self-publishing, beware. It's not as easy as you may think it is.

I've never written a novella. It must have more complications than a short story. Could you give a description of a novella and the elements you think are important to writing a good one?

I'm glad you defined nano-press, Jim. It was my first question.

Thanks for providing information about how tough it is.

interesting and overwhelming. I'll read the stories with a heightened sense of appreciation about the publication process.

Thank you for sharing your experience with us, Jim. Wishing you, Tina, Polly and Jonathan great success. You must feel like a new mother - happy to hold that baby in your arms but EXHAUSTED.

EB -- I wrote a blog for WWK last year about writing novellas. Here is the link.

Grace -- it's rather easy to self-publish, but making the product appear professional takes some effort. Should I do a second one, I can certainly apply the hard-earned learnings from this one.

Margaret -- thanks in advance for reading our stories.

Shari -- I've often compared getting a novel published as being similar to pregnancy with a much longer gestation period, but fortunately less physical pain. And yes, we do love our baby.

Jim, I so understand the difficulty and work in publishing on your own. I've done it enough time, and it's never easy. I've finished reading your anthology, and only found one typo, which I'm sure you've already found. I enjoyed all four novellas, and think they'll do well. In fact, I'll probably buy a print copy to save.

Gloria -- So glad you enjoyed the anthology. Did you find the one typo we stuck in there just to see if people were reading? [#AlternateTruth] We have spotted one out-of-place " in Polly's novella. If you happened to see something else and remember, I'd love to know so I can fix it for future versions.

A fascinating look at the process from the other side. Thanks, Jim. You've got all of my favorite authors represented. Can wait to settle in for a great read!

Looking forward to the finished project!

And thank heavens for people with the kind of patience and expertise you exhibit!

KM -- I had to laugh because I misread your comments and thought you were thanking heavens for my "kind patience" instead of "kind of patience" Only eight days to the publication date. Yippee!