Bringing a Little Heaven to Earth


My first WWK message for the New Year is usually a recap of the holiday production I write and direct for my church’s drama ministry, the St. Paul’s Players (SPP). It’s a particularly meaningful post for me in that my initial appearance on stage was in the chorus of SPP’s The Mikado, and now I’ve come full circle by being able to create our plays and help bring them to life. It’s always both a challenge and a true joy.

This year, I received a lot of questions about where the idea for our show, Tales from the Celestial Nursery, originated. There were two sources. One was a production of One Bethlehem Night, a Broadway-style musical written by Jeff Atwood, John Lemonis, and Ed Kee. My producer, John W. Henry, and I had found it on the web and actually spoke with the authors about presenting it. After doing more research, we decided that it was more than we would be able to handle. But, I was thrilled when the drama ministries at Spring Valley Baptist Church in Columbia, S.C., decided to take it on with my good friend Scott Stepp in the lead. It’s a great retelling of the Nativity story from the viewpoint of the innkeeper. The songs are lovely, very reminiscent of music from Fiddler on the Roof. If you ever have the chance to see a performance of One Bethlehem Night, please attend or check out the clips available on the web. 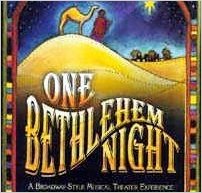 I really liked the thought of telling the story from the innkeeper’s perspective. Marianne Jordan also did that in her novel A Miser, A Manger, A Miracle -- the First Christmas Carol. What Jordan does is recast the innkeeper as an earlier-in-time Scrooge. Her work also debuted as a play she wrote for her church.

Okay, so how do I bring my own viewpoint to the innkeeper’s story? Have you ever seen the 1940 Twentieth Century Fox film, The Blue Bird? It was based on a 1908 play by Maurice Maeterlinck, and came out the year after The Wizard of Oz, filmed similarly in both black and white and technicolor. It starred Shirley Temple as a young girl searching for happiness.
Part of the journey in The Blue Bird takes Shirley to the land of unborn souls. In a particularly poignant scene, two children (playing unborn souls) cling to each other because one is being sent to earth and the other will not arrive there until the first has departed.

I have never managed to get that scene out of my head. It became the second inspiration for Tales from the Celestial Nursery.

What if the Unborn Souls wait in the celestial nursery until they are born on earth? Two Guardian Angels, Sophia and Serena, could watch over them and the Story Tellers, Alpha and Omega, would tell them the stories of earth . . . until they decided to become human and take part by going to earth themselves. Because the unborn souls are all babies (even though played by youth and adults), they sing in nursery rhymes, so “Old McDonald” becomes “Old King Herod,” and “Three Blind Mice” becomes “Three Wise Kings.” And, of course, there was a version of “Twinkle, Twinkle Little Star.”

After listening to the Broadway musical Hamilton all summer, I couldn’t resist including a rap number. Here’s a little sample:

“Here we are in the celestial nursery.
Floating on the clouds is the place you wanna be.
Dreaming happy dreams above the distant earth,
Not sure we understand this thing called ‘birth.’
For now, just call us the unborn souls,
And don’t confuse us with thoughts of having human roles.”

We had a terrific cast and crew. These are some shots of us at the cast party. I’m very proud to say that we raised over $1,000 in donations for an organization called Sistercare, which helps victims of domestic abuse.

As always, those of us involved in the production benefited as much as those coming to see it. I must admit I found it especially gratifying to welcome some audience members to both performances.

Have you ever participated in a play or musical? What did you enjoy best about the experience?

One of my daughters performed in her high school productions, which involved costumes. Lots of costumes, the components sourced from the local Goodwill.

What a wonderful project!

I remember a young boy who, when asked if he'd made his school choir, proudly said he'd been selected for the "listening choir."

I'm in that category, both for singing and for dramatic productions.

Always enjoy hearing about your holiday productions. Thanks for sharing!

Margaret, we had a wonderful time and Goodwill is a terrific costuming source.

Kathleen, I like the concept of a "listening choir," too. It means that everyone can participate.

Thanks, Art. I always learn about writing and characterization by working with drama. It's a great way to bring action down to the bare bones.

Your musical plays are always fantastic, Paula. I love being your sounding board and listening to you as the story and song ideas come to you. Makes me feel a part of it all.

Congratulations, Paula, on being so creative. You sound as though you get as much pleasure from your productions as the audience.

I realized at a young age that I wouldn't be making my future as an actor--I don't have the ability to memorize long lines of dialogue. My only appearance on stage had one line: "When will the party begin." That I could manage.

Congratulations on another wonderful play, Paula. I don't know how you do it all!

Susan, you always inspire us with your wonderful poster. Thanks for the beautiful one you created for us this year.

Grace, it's such fun being part of the collaborative effort. And, it's delightful to see the characters created with words become living, breathing people!

Shari, it's part of the holiday tradition now. I know I'd miss it if we didn't do it.

Many thanks for your kind comments and for stopping by!

Paula, I wish I could have been there and seen that. I love plays and musicals. The only time I was in any was in high school in very minor roles. I loved your pictures, too.

Alas, were I to sing, the house would quickly empty, even in the most charitable of churches. It does look like great fun though. Congratulations!

Thank you, Gloria and Kait. We really do have the most wonderful time being together. We've become like a family. It's a very special time. 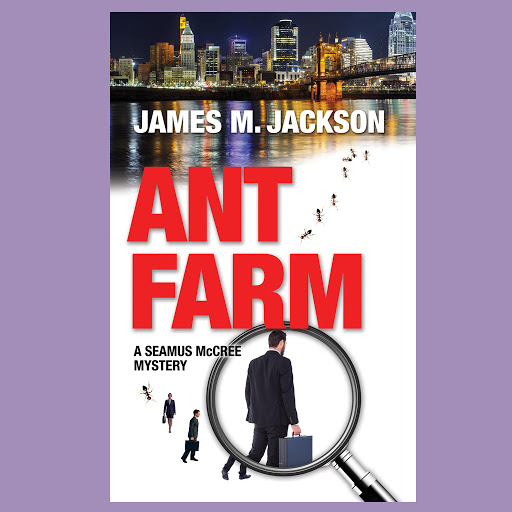 Currently the eBook is FREE on all platforms (unless Amazon stops price-matching). Meet Seamus McCree, a single dad, amateur sleuth, champion of the little guy against those who abuse their power.