What prompted you to create an anthology?

We wanted to give our unpublished members a chance to be in print and experience the process of professional editing. We knew many of them were excellent writers who had not been given a chance yet.

How did you develop a theme for your anthology?

We wanted to stick with our chapter name, Guppies (or Guppy chapter), so we required mentions of fish or water in each story.

Do you develop a “local” theme to entice readers in your area?

No, we’re an international chapter, so we stuck to our name. The Guppy name stands, loosely, for the Great UnPublished. Our online chapter was founded by unpublished authors attempting to help each other achieve publication. We called the first anthology Fish Tales, the second we named Fish Nets and the working title for the third is Fish or Cut Bait.

How long did you give your writers to submit stories?

Four months. For the current anthology we decreased that to three months.

Did you adhere to the guidelines set up for anthologies by SinC?

What was the response to your query for stories among your writers?

We received more than we could publish. For the third anthology we received 55 stories of which we expect to accept 20-22.

What were the criteria for selection?

We used a scoring sheet. The judges gave numerical scores between 1 and 4 for the eight categories we chose:  general impression (which was really the beginning), characters, setting, plot, ending, overall impression, presentation, and theme. 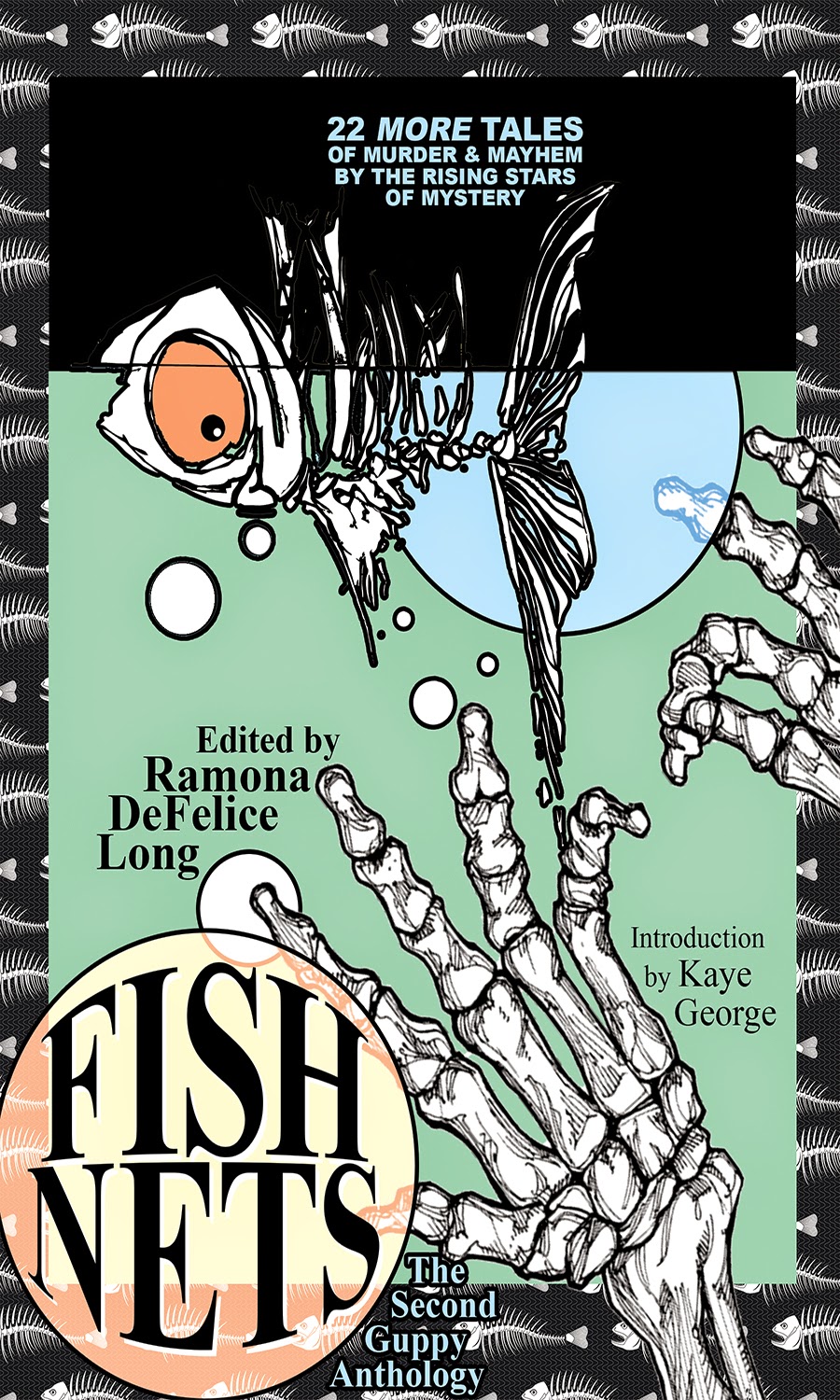 Were the stories judged blind? How did you obtain judges?

Yes. For the first two anthologies, we required each entrant to judge three other entries. Because some judges had more short story experience than others, we discovered that scoring was not the level playing field we desired. For the third anthology, we are using nonmember judges who we approached through our contacts with the Short Fiction Mystery Society.

Did you hire an editor?

Was any thought given as to the order of the stories in the anthology?

The editor chose the order and that order was accepted by the publisher.

How did you find a publisher, and who published your anthology?

We sent out query letters, the same as for a novel or short story. The same publisher, Wildside Press, did our second anthology.

No, the publisher did it. We all love it, though.

How are you promoting your anthology and do you have a budget to do so?

We produced bookmarks and sent each author a large supply. We’ve had it available at Malice Domestic conventions and others. The writers attempt to sell them individually also.

Do you think that there is a resurgence of interest in short stories?

I wasn’t aware an interest in short stories had gone away. Markets for them come and go, but they are always there.

Have any of your chapter’s stories been nominated for awards?

Are you planning other anthologies?

Yes, by the time this interview is published, the selected stories for Fish or Cut Bait will be with the editor.

These anthologies can be found at Amazon. Remember that you can order them through your favorite indie bookstore!
Posted by E. B. Davis at 12:00 AM

Jim and Kaye, I was one of those who had her first piece, other than poetry, published in FISH TALES. What a thrill that was. And I was just as excited when I was accepted for FISH NETS, too. I've been happy to be a Guppy since I joined in 2007, and for me getting my stories was a validation that I was a writer.

I wasn't yet a Guppy when Fish Tales came out, but one of my stories appeared in Fish Nets. I was honored to have had it published in this volume. Writing to theme can be a challenge, but reading how the authors met that challenge, to me, is the fun part.

Both Guppy anthologies were well edited by Ramona DeFelice Long. She deserved mention and thanks for the her work.

Ramona did a fantastic job. I was lucky to have the opportunity to be the liaison between authors and publisher for FISH NETS. What a terrific learning experience!

Great project. I've read most of the stories in the first anthologies, and the quality is very good.

I just finished reading the stories in the second anthology and they were excellent. Now I need to go back and by the first one. Very interesting to hear how the process works. I'm thrilled to have a story in the third anthology coming out.

It sounds like Fish or Cut Bait will be a terrific anthology. I look forward to reading the stories.