Thoughts about Men Who Take on Other Men’s Offspring 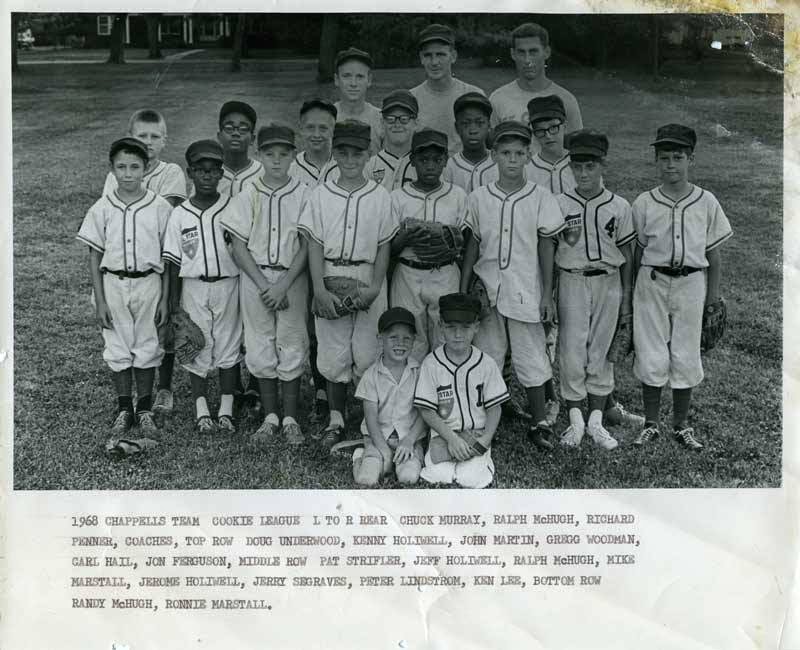 When I look back on my life, I realize I’ve been lucky enough to be closely involved with three men who had the ability to take on children who weren’t their own genetic children and love and care for them as fathers. This will post the day after Father’s Day, but I want to say a word or two about these kinds of unsung heroes.

My birth father was a brutal, unpredictable man. I suspect he would now be diagnosed as a clinical sociopath. After my parents’ scandalous, highly contentious divorce and all of the violent, ugly fallout afterward, my mother settled in a small college town in Kansas and met a quiet man she married when I was fifteen.

My stepfather immediately tried to be a good father to me, which meant, among other things, setting limits and being protective. My birth parents had both been irresponsible and sometimes dangerous children, so from my earliest memories I was the pseudo-adult in the house, the one who worried about all my younger siblings and tried to protect them and care for them so they could have as normal a childhood as possible. No one had ever looked after me or tried to take care of me, so I resented my new stepfather’s efforts tremendously.

As the next few years went by and I observed my stepfather’s treatment of my younger siblings, for whom I still felt so responsible although I’d left home at sixteen, I warmed to him. He was doing his best to be a real dad to them, taking them camping and fishing, making them toys, coaching Little League teams, etc. In time, like my younger siblings, I came to call him Dad. When I gave my parents their first grandchildren, he was a doting grandfather, and when he finally died, he died in my sister’s and my arms with all my brothers and the grandchildren around his bed.

At the time I married my first husband, I already had a baby, whose father had died. My late first husband loved my oldest as much as either of the two children we had together, and that was one of the things I loved about him, that capacity to open his heart to a child who wasn’t his own genetically just as much as to those who were.

Later when I was a single mother of two teenagers in the final years of high school and my youngest was only four years old, I met and married a man who’d never been married or had children. He had enough sense not to try to be a father to my teens, who would have only resented him for it, but he loved and raised my youngest as his own. This gentle, totally urban intellectual did the zoo safari, even though he was embarrassed that everyone else had to help him put up the huge tent he’d rented, and when our little one left the tent open to the depredations of peacocks and collapsed the whole tent on his stepfather when they were packing up to leave, he was so kind that he earned a hand-printed, hand-drawn certificate of membership in “The Loyal Order of Peacock Fathers.” My youngest and my husband to this day have a close, loving father-son relationship, and because he was so patient, he and my older two children have a warm relationship as well.

My sister has two sons. One father is a deadbeat, missing in action because he’s never wanted to be financially responsible for his child after the divorce (just as he hadn’t for all of the other children he had that my sister didn’t know about when they married). The father of the youngest paid support but simply refused to see his own son. For these boys, my current husband has been a father-figure. The younger one clung to my husband and waited eagerly for our visits and his to us. My husband used to shake his head on the way home and wonder at the idiocy of the men who refused to have any contact with their gifted, charming boys. At Christmastime, these two nephews, now grown, delight in finding eccentric books and other gifts that will please my husband, often keeping an eye out for them all year.

I’ve seen firsthand what a difference men like this can and do make in the lives of children whose fathers are gone, sometimes dead, sometimes by choice. So here’s a toast to the men who take on other men’s offspring and give them love and a true father’s care, even when it isn’t easy, even when those other men have left emotional damage behind. To Dad, to Michael, to Ben, and to all of the other men out there like them, you are the true salt of the earth!

Posted by Linda Rodriguez at 2:00 AM

What a beautiful tribute to the men who take over the fathering role, Linda. All too often we read about the men who resent another man's offspring. My son married a lovely woman with two sons - aged two and four. Their biological father lived in the next state and only saw the boys at Christmas and maybe one other time a year. My son raised those boys as his own and they are still close today even though the boys reestablished a relationship with their biological father when they went to work with him. In fact, once when my daughter-in-law asked the oldest boy in his teens who is dad was, he looked at her in confusion. "Why dad," he said. She said I mean who do you consider your dad. Catching on, he named my son.

My husband and I married when my girls were one and five. Neither one's father participated in their childhoods, and he was a willing Daddy.

When the oldest one was in college, taking an anthropology course, the professeor was talking about how most cultures, especially ones where marriages dissolve easily, have set expectations of how children will be parented. But in our culture, this is far from a settled concept. He asked how many students in the class were from broken homes. My daughter looked around and felt sorry for all those students who'd raised their hands.

Then he asked who had stepparents living in the home.

She said, "Wait a minute. I have a stepfather. I must be from a broken home!" That thought had never occurred to her.

Such a great write-up, Linda! These men sound amazing and I'm so glad they've been in the lives of your family.

Gloria, you're right. Too often, we read about the man who resent another man's children or the men who abandon their own. I wanted to point out those who step into the gap and make those kids their own.

KM, I know. My youngest always knew Ben was his stepfather--his father died after our divorce when he was three--but he never thought of himself as being from a broken home until he was filling out college applications and the question came up.

Thanks, Sarah. I sometimes think my dad showed me what a good man looked like so I could recognize it even when marrying quite young (the first time). I was fortunate to be married to a good man for 18 years and now another good man for 22 years. I'm a lucky woman.

I will never understand how a father can cut his children out of his life. What a loss to the father.

Oh, Warren, truly! My nephews were the kind of kids every parent wants--scholastically gifted, handsome, polite, charming, athletic, artistically talented. The funny thing was that when the youngest reached high school, his father started wanting to have contact. He even drove up from TX for the kid's graduation (with honors and a college scholarship), but it was my husband that my nephew called up front at the party afterward to praise as the guy who taught him everything and was always there for him. I kind of felt sorry for the father. (Well, not much when I remembered little Andrew crying as he asked us why his father wouldn't even talk to him on the phone.)

I've got to head out to a doctor'e appoinment and won't be responding to comments until late in the afternoon. But I will be back.

Linda, thank you so much for such a meaningful message. What beautiful descriptions of the relationships you've experienced that were offered and embraced with love.

As I grow older, I recognize more often that a family can number as many as you open your arms to hold. Thanks for reminding us of the important contributions by those not related by blood, but by caring.

I hope you had a good weekend with plenty of time for celebration.

Just beautiful, Linda. Your husband sounds like a dear - Peacock Father! Our world needs more good men like him.

After such a horrible start, I'm so glad you found men who could and would serve your children well in whatever capacity best suited their ages. You've written a wonderful tribute to them, but I'm sorry only one of them will be able to read it.

This is a beautiful and touching message, Linda. I'm very thankful that I was adopted by a kind man who made time for me. He will always be my true father.

Lovely and so true. My father said the hardest job he ever did was to discipline "another man's child," my older half-brother. He also said, of my teaching career, "You don't have to have your own to contribute to children." I put some of his stories on my blog for Father's Day.
Hugs to you and thanks for the wisdom and love. <3

Paula, you're so right about a family comprising as many as you can wrap your arms around. Lovely image.

Shari, you're absolutely right. Ben is a dear, dear man--and even though he's a literary press editor, he loves crime writers and crime fiction.

The Peacock Father thing came about when youngest left the flap of the tent open, though he was told to tie it shut, and peacocks gathered inside and decided it would make a good roost for the night. When Ben and Joseph came back from the program for bed, it was full of peacocks who didn't want to leave, so Ben had to go in and drive them out. Chaos and hilarity and embarrassment ensued. But as Joseph said later, "He didn't yell at me like some of the other kids' dads."

Yes, Elaine, that is the sad thing. I'm working to keep Ben around for many more years, however. :-)

Kara, you know firsthand of what I speak.

Mary, that is very difficult, especially in a situation where there may not have been limits set for a while. It makes the new father into a villain.