My Week as Guest Reader for SmokeLong Quarterly

Last week, I served as Guest Reader for SmokeLong Quarterly. I had this opportunity after interviewing my friends, the wonderful writers and spouses Art Taylor and Tara Laskowski, for Writers Who Kill, message posted Wednesday, March 26, 2014.


Tara, a Senior Editor for SmokeLong, told me that the online journal had a different Guest Reader each week and asked if I would consider being one. Art mentioned that he had been a previous Guest Reader and enjoyed the experience very much. I said, “Absolutely. Sign me up!” 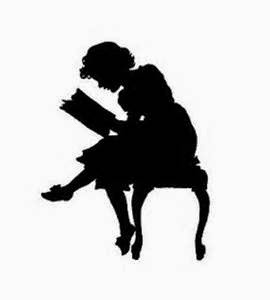 What does being a Guest Reader require? The first duty was to submit some information about myself—a brief biography, a link to one of my published stories, a link to a flash fiction story I admired, and a “deal breaker.”

My bio and story I had ready. After reading a number of stories from SmokeLong, I found I particularly liked Tara Laskowski’s domestic drama about a missing pet, “The Hamster.” I was amazed at the detail Tara was able to weave into the story, the characterizations she created with very few words, and the hopeful and suspenseful ending.

Next, I had to figure out my “deal breaker.” What would make me turn down a story?

Wow, talk about being quickly placed into an editor’s shoes.  After thinking about it, I sent in this phrase: “A story with a noticeable disconnect that is not somehow resolved in the end.” How does that rate as a “deal breaker”? What would your “deal breaker” have been? 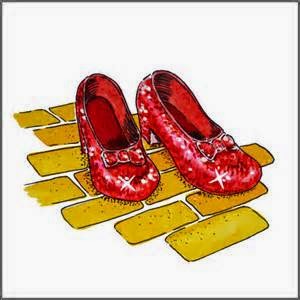 My additional duties were: that I read all the submissions to SmokeLong for the week, select the one I felt most publishable, and, if desired, interview the story’s author. Yes, I decided I definitely wanted to interview the author of the story I selected. After having read Carla Damron’s February 19, 2013 post on WWK about her experience judging stories for a contest, I decided that might help me to make a challenging decision. So, one of my criteria became not just which story, but also with which author would I like to discuss the story.

SmokeLong publishes flash fiction of 1000 words or less. The name SmokeLong comes from a Chinese saying about a story being as long as a good smoke. The SmokeLong Guidelines set the following parameters for submissions:

“The SLQ aesthetic remains an ever-changing, ever-elusive set of principles, but it most likely has to do with these kinds of things:
* language that surprises
* narratives that strive toward something other than a final punch line or twist
* pieces that add up to something, oftentimes (but not necessarily always) meaning or emotional resonance
* honest work that feels as if it has far more purpose than a writer wanting to write a story.”

At midnight on Sunday, June 8, I became the Guest Reader. I wondered how many submissions to expect. I did send a BSP notice out on Facebook, Twitter, and my usual social media connections, hoping it would attract some attention and encourage writers to send in their stories.

Nancy Stebbins, another Senior Editor at SmokeLong, sent me information that helped me to focus on my task. She explained how to access the stories and provided a suggested method for reviewing. The selection should be blind, but seeing an author’s name didn’t automatically disqualify a story if I felt I could make an unbiased decision. I was delighted to learn that stories would still be reviewed by the editors to consider for the quarterly publication. Writers were cautioned to submit a single story at a time. Within four weeks, they would receive notice of whether or not it had been accepted.

I learned so much from my Guest Reader experience. I read fifty-three stories and found something to admire in each, whether it was story structure, dialogue, characterization, concept, setting, or description. I knew that stories of 1000 words or less had to be written tightly, but I was surprised how much information could be packed into so few words by careful crafting. Some of the several-hundred-word-stories were extremely effective. I noticed that most of the relationship-based stories focused on a single character’s viewpoint. However, I was delighted to find both romance and suspense submissions, since I enjoy reading the mini-romances and mysteries in Woman’s World weekly magazine.

During the week, I noticed a message Kendel Lynn (of Henery Press) posted on Facebook: “Read subs yesterday and loved two of them! On one, after about 5 pp, I knew it wasn’t right for Henery: language, content, style. But I couldn’t stop reading this delightfully compelling page-turner of a manuscript. I may be an editor and a writer, but I’m also a reader. And I read that sucker until the final page. The good news: it’ll get sold and published and you can read it, too, in about three years…”

What a great message for an editor to send out to those who submit and wait hopefully for acceptances!

One of the best things about being SmokeLong’s Guest Reader was having the chance to see so many diverse stories by talented authors. I want to thank Tara, Nancy, and SmokeLong for this opportunity and to encourage authors to submit to this wonderful forum. 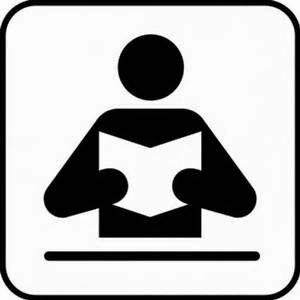 Which would you rather do? Write or select a flash fiction submission? What would your “deal breaker” be?

I’d rather write than judge, although I learned a lot from the two years I spent as a reader for Poisoned Pen Press.

Regarding deal breakers: given these stories can only be 1,000 words, you need to keep me reading. If you break my reading broken with a POV switch, or the wrong word choice or typos, your story is probably toast because there is so little time to recover.

All of which is to say you probably don’t want me judging flash fiction unless your submission is perfect.

I'd rather write than judge, too, Paula. I've written shorts that had to be under 50 words (almost poems) so 1000 seems bountiful, almost too many words. Deal breakers--if I know what is coming then it won't win. I like surprises.

Jim and E.B., I love the writing, too. This experience gave me such a better insight into why, as Jim says, the writing has to be perfect to be selected. And, like E.B., I do enjoy an unexpected, unpredictable twist at the end.

I like critiquing other people's work--I learn so much form it--but I'm not sure I would want to be the one to make final selections. I tend to be non-competitive, and I'd see the good and bad points of so many different submissions that I would sink in a morass of confusion rather than being able to make intelligent selections.

It sounds like a wonderful experience, and I'm glad you enjoyed it.

Thanks, Kathleen. This truly was a learning experience for me. My stories usually are longer than 1,000 words. I admired the writing craft displayed in the submissions.

This does sound like an interesting experience. I always believe that writers must be readers first.

What a neat experience! I love the quotation from Kendel. That kind of feedback from an editor or agent gives writers the confidence to keep pursuing publication. I was blessed with experiences like that, and they meant the world to me.

Like Jim and E.B., I would rather write than judge overall. I think being a "guest reader" sounds just right.

Hi, Paula,thanks for sharing your experience. Extremely fascinating in many ways. I think it's interesting that Smokelong uses guest judges for one week at a time. No burnout that way! The deal breaker for me would be a flat, slow, or confusing opening. Oh, and I would rather write than judge, but doing it for only a week would be fun.

I am a recovering editor and contest judge. I was always surprised how even very skilled authors would sometimes submit stories that lacked the polish given by thorough editing.

Trying again since the gotcha only had a cloud.

Paula, I think it would be a great experience except never at this time of the year when I'm so bogged down with gardening and other things. That would require a lot of work to read and critique and then decide on the best one. The deal breaker for me would be a story that didn't grab me, had an unsatisfactory ending and was very poorly written.

Trying again since the gotcha only had a cloud.

Paula, I think it would be a great experience except never at this time of the year when I'm so bogged down with gardening and other things. That would require a lot of work to read and critique and then decide on the best one. The deal breaker for me would be a story that didn't grab me, had an unsatisfactory ending and was very poorly written.

Thanks, Jacqueline, Susan, and Jan. I am so grateful for the experience.

Warren, I felt very fortunate that the submissions I read were very clean, with few edits needed.

Thanks so much for your comments.

What a terrific experience, Paula. I hope you give us a link to the story you chose and the author interview when they are published.

I read several of the stories in the SLQ archives and enjoyed the authors' creativity and use of language.

What a cool experience, Paula! And being a judge meant that you HAD to read all those stories. I am always trying to sneak in reading time, so the thought of being required to read….wonderful.
Deal breaker? You put it well. Unresolved elements. I know that's how it often is in real life, but fiction isn't real life. Every plot element doesn't have to be tied in a too-tight bow, but just don't leave me hanging!

Paula, it does sound like a great experience, especially with a publication like Smokelong. I've been a fan for a long time and am always impressed with the quality of the stories.

I'm sure it would be challenging and fun to be a guest judge for a week.

A deal breaker for me would be characters I can't believe in.

Kara, thank you for reminding me. I must provide that link. Fortunately, I get a few days beyond the week to make my decision!

Shari, that's exactly what I thought! Being required to read something I want to read is a luxury.

Anita, thank you for commenting. I can understand why you're a fan. It's a wonderful publication and a showcase for many talented writers.

I loved your account here of your experiences as a guest editor--and I very much look forward to the story you chose!
Art

Thanks so much, Art!