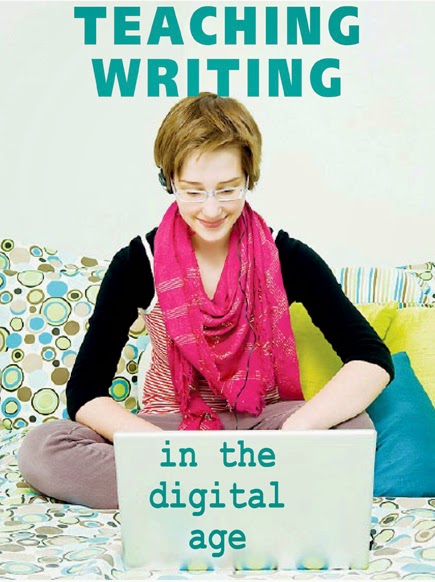 I’m currently teaching an online class on plotting a character-driven mystery novel to a wonderful group of the Guppies, an online chapter of Sisters in Crime. As always happens when I teach, though, I find that I’m learning things myself.

When I first began teaching creative writing many years ago, I discovered that students didn’t want just theory—they wanted to know what worked for me. This forced me to examine my own writing process and to get really serious about streamlining it, abandoning practices that had stopped working for me (if they ever really did) and trying out new practices that I learned about from other writers.

I’ve been doing this for a while now, so I feel pretty confident about the techniques I teach. I stress that they are not the only, or even necessarily the best, techniques, but they are the techniques I use successfully. Every class I teach, though, I end up learning something new about my own writing practice. 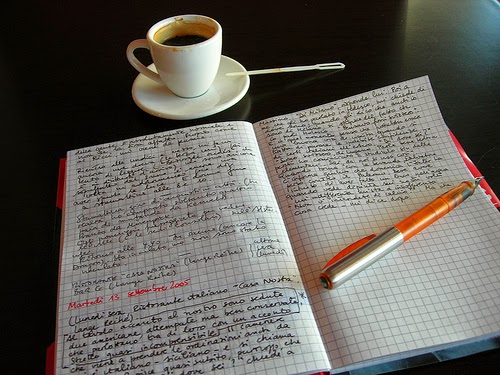 In this class, I was teaching about a technique of asking myself questions about how the characters will develop and where the book will go and putting these questions down on paper—because the very act of writing them down will stimulate more questions and eventually answers. Also, later as you’re in the midst of the first draft, you can look over the list and strike through the ones you’ve answered and know what you still have to deal with.

Right after giving feedback on the previous assignments that students had emailed me, I turned to my current writing project. I’m doing final revisions on a project I can’t really talk about yet, and I’m also in the earliest stages of developing characters and story in the fourth Skeet Bannion mystery. As I sat down with that last project, I looked over the character list I’d made to start the book, which will take Skeet to Tahlequah, Oklahoma, and thus entail a number of new characters, and I began my question list by writing at least one question for each character. Major characters had more than one question—sometimes a lot more.

With the class in mind, I realized this was something I do with each book but had never paid close enough attention to the process to notice before. Of course, I immediately told my class and offered it as an addendum to the question-list strategy. As usual, the act of teaching has made me more aware of my own process and what works best for me and what doesn’t. With each class I teach, I become not only a better teacher, but I become, if not a better writer, then, certainly, a more efficient one.

Do you find the same thing when you teach? Or perhaps when you critique someone else’s work for a writers group?

I've taught a lot of things over the years. Most recently I've been developing and teaching bridge lessons, but your point is consistent regardless of the topic.

I ALWAYS learn more about a subject during the process of figuring out various ways to explain it to students. Sometimes I learn some ancillary point I had not contemplated before. Often in thinking about alternate ways to explain whatever it is (because not everyone learns the same way), I come to understand for myself the kernel truth of the matter.

My students have taught me a lot. No matter how prepared I think I am, we usually end in discussions, rather than lecture-type classes, and I learn as much or more than I teach.

Jim, that's it exactly! Because we must find ways to explain things clearly, we look at what we know and do in new ways and discover things we hadn't realized.

KM, I prefer discussion classes to lectures. That's one of the differences about teaching online--no matter how I try to encourage students to ask questions and discuss different aspects, the format just isn't really conducive to that. We do much more one-on-one work than during in-person classes, though, so that's some compensation.

Linda, you touched briefly here on the challenge of teaching online. Do you speak to the students via Skype? I agree that discussion deepens a student's - and teacher's - understanding. I've taken courses on line, so I know your frustration. Your online students must relish the opportunity to work on their manuscripts with you one-on-one.

Shari, unfortunately this online course is taught in Yahoo Groups. My understanding is that the Guppies board considered lots of more sophisticated systems to deliver courses, but because a number of Guppies members felt unsure about using new-to-them technology, they decided to stay with Yahoo Groups for the time being. So we have discussion threads, but it's not the same thing, of course.

On the other hand, at an in-person class I could not have given each person the kind of detailed feedback I've been able to do with this class. There are pros and cons each way. It's a terrific group of student, however. I'm really enjoying teaching them.

Yep. Yep. Yep. I edit and it's amazing how many things I can spot in someone else's writing that I completely miss in my own.

Oh, yes, Sarah. I edited for years and worked at a national literary magazine where I had to read the slush pile regularly. You can learn so much from others' mistakes.

Linda, speaking as one of your current online students, I'm enjoying very much the lectures and exercises you give us based on your own writing habits. I have found them useful, particularly in confirming some methods I see in my own writing, but also as enhancing my current skills.

As a teacher, just recently of a course about short stories, like you, I found I needed to examine how I put stories together in order to prepare for the class.

I agree. Teaching helps you learn about the subject and yourself.

Paula, I'm glad you're finding the class useful. You Guppies have been great about giving me feedback, and that's been important. Usually, I'm close to the writers I'm teaching. I can see their faces and tell from expressions if something I've said has confused them or not been received well for some reason. Online, I don't have that instant feedback to let me know I need to slow down and go over this part again with greater detail, etc. But you guys have been getting back to me and letting me know what's helping or where you didn't quite get what I was trying to say. That helps me do a better job of teaching, and I appreciate it.

During their residency the teaching mode for student doctors observing medical techniques is: "See one. Do one. Teach one." Nothing is as instructive as teaching.

Absolutely, Warren. When I was an academic, I learned that there's nothing like having to teach a class for someone else at the last minute when you've never taught that class before and it's not your area. You become an expert really quick--at the expense of meals, sleep, and peace of mind. :-)

We experimented with another form of online classes, Linda. It was the newest version of Blackboard, which colleges use. Many found it confusing, and I saw little benefit from it beyond what Yahoo provides. Because we are a world-wide organization, the Guppies can't ask students to be in class at a certain time. Such a restrictive structure would demolish our class system. No one would sign up if they had to attend at established times, which in Australia could be at 2 a.m. I wish students would ask more questions to stimulate discussions. But as an instructor, you can ask students specific questions about their work if homework makes them reveal it.

Linda, since I taught third grade your advice and teaching methods wouldn't quite fit at that age level. However, rather than lecture, I usually had discussions pertaining to the lessons or on something in one of the numerous books I was reading to them. Often it was in the form of a question they were to write about in their journal which I read and commented on every day.

Oh, Elaine, I wasn't complaining, just explaining to Shari why we weren't using Skype or something similar. I suspect this way works as well as any other online system. I do ask students questions about their individual work and they ask them of me. It's the discussion of the group as a whole that's sort of missing, and I find that usually that's very helpful to students, as well. I've started some discussion threads without much interest, but we have one just begun that seems to stirring some. I, too, think it has a lot to do with people just being busy and having other things in their lives to do. Everyone is doing assignments and carrying on individual conversations with me about them.

And you're absolutely right. I have students in Australia and in Finland in this class, as well as those on this continent. (My Finnish student is so awesome. She's quite fluent in English, but she writes in Finnish. Which means she has to translate every assignment into English to get my feedback--and she does it flawlessly.)

Yes, Gloria. That kind of group discussion is great, but it doesn't work well for online classes that aren't using something like Skype. And as Elaine pointed out, we have people from all over the world in wildly varying time zones, so even if we did the Skype thing, it wouldn't work for us.

Linda--Christine, who lives in Finland, was WWK's very first member. I'll never forget her since I was scared no one would read the blog!

Why am I not surprised to hear that, Elaine? Considering the lack of cognates between Finnish and English and my own lack of the least bit of Finnish, I'm really impressed with her language abilities. And her story makes the translation transition very well. I'm looking forward to reading her book when published.