An Interview with R. P. Dahlke

Annoyed that Caleb had been talking to my dad, I couldn’t resist
one last jab. “1970 called! They want their leisure suit back!”
R. P. Dahlke
A Dead Red Heart
(Page 132) 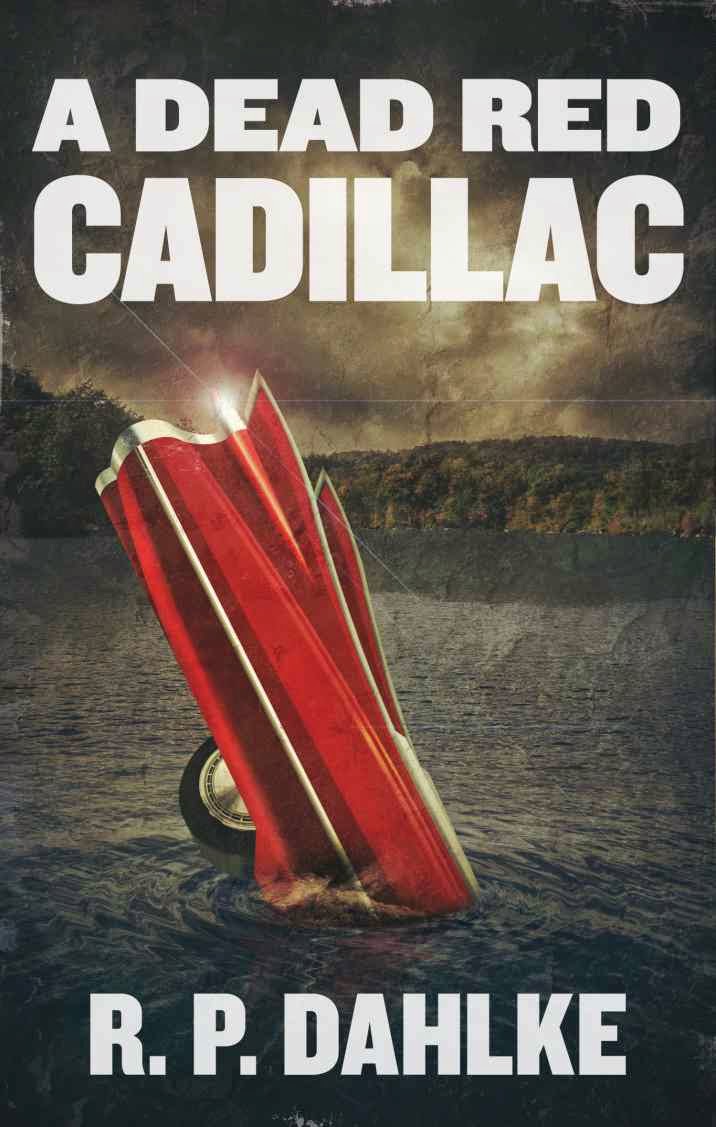 R. P. Dahlke writes two mystery series. I’m focusing on her “Dead Red” series in this interview, but don’t let that stop you from enjoying her romantic sailing series, which looks like great beach reading to me.

Stanislaus County, California sets the “Dead Red” stage for Lalla Bains, the main character, who returns home, after ending her career as a New York fashion model and running through two marriages, to manage her father’s crop dusting business. Lalla may have pranced on catwalks, but she also knows how to fly through mayhem while vexing her former childhood friend, now boyfriend, Caleb, who investigates for the county’s police department.

The reader meets Lalla Bains as she is turning forty. She’s in transition. Why does she drive the Caddy, and what year’s model is it? Have you ever owned such a car?

Rebecca: No, I haven't. But my father, when he started making "real" money, bought my mother a new Cadillac every year. Funny thing about that, my mother loved to shop at antique stores, and used the big trunks to haul her treasures. My dad should've bought her a truck, she would've been a lot happier.

Is Stanislaus County real, and where in California is it located?

Rebecca: Yes, I was raised in Stanislaus County, first in Modesto and then on our ranch south of Ceres, California.

After leaving a female image industry, Lalla takes on the traditional male world of crop dusting, her dad’s business. How do you know so much about the crop dusting business?

Rebecca: That's a good question. I sort of fell into the job of running a crop-dusting business when my dad decided he’d rather go on a cruise than take another season of lazy pilots, missing flaggers, testy farmers and horrific hours. After two years at the helm, I handed him back the keys and fled to a city without any of the above. And no, I was never a crop-duster.

Why does crop dusting have to start so early in the morning? 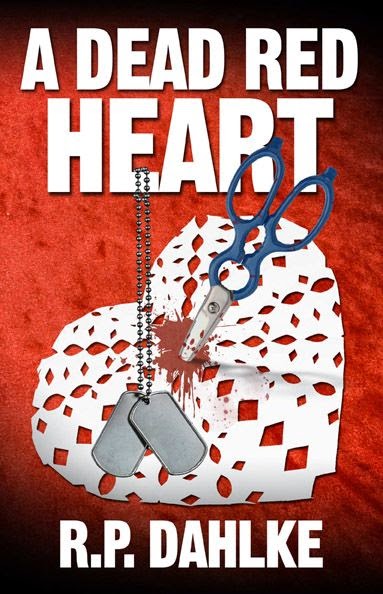 Rebecca: During the summer months, the wind dies down and we could count on it being dead calm at 3:30 a.m. It picks up again around 3 p.m.

We find that Lalla wants to prove herself to her father in the crop dusting business and to her boyfriend by “assisting” him solve the crime. What compels her to prove herself? Does she suffer from having been in an image field rather than an academic one, or is her need more closely associated with her upbringing?

Rebecca: Her mother dies when Lalla is eleven years old. She's left with a well-meaning father who can't seem to communicate with her or her older brother.

You’ve developed a backstory for Lalla that affects her present life. Her mother, who committed suicide, comes to her in dreams saving her life. Will you explore this phenomenon more, and will Lalla discover the truth about her mother?

Rebecca: Lalla has all sorts questions and misperceptions about her parents, but these things are resolved in the 1st and 2nd books; which always reminds me that it never hurts to listen to how children perceive things.

Rebecca: After Lalla's dad has a triple by-pass, he doesn't do much except bark orders at her from his Barca lounger. But like all my characters, they either grow and become better people—or I kill them off—LOL. So when Noah realizes that he's going to live after all, his attitude toward Lalla changes. Of course not everything. He's still a tightwad who thinks his 70's polyester wardrobe fits every occasion. As for Spike, he started out a cranky little dog who snarls and bites but eventually evolves into a happy family pet. I tried to do the same in A Dead Red Oleander, with cousin Pearlie Bains.

Your secondary characters have detailed backgrounds, which I love. Will we ever find out more about Caleb’s failed marriage? 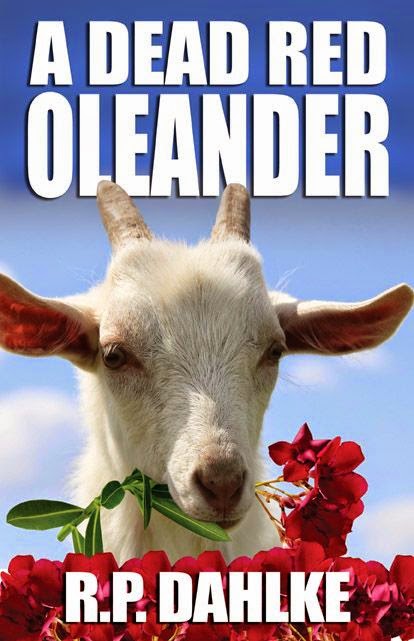 Rebecca: I think enough has been said about his—wait a minute—that sounds like a good secondary plot for the next book!

Rebecca: The story started from a newspaper article about a convicted felon who gets to go to the head of the line for a transplant, causing the death of the person who had been waiting for a year. I morphed the character into Desert Storm veteran after hearing about chemicals used in warfare, and I made him a homeless Vet because I wanted to put a spotlight on the mental illness of many veterans. I do want to note that this is the serious subject of the book, but there's also a lighter side to the story as well. I couldn't imagine writing without a little humor to break up a murder or two.

Lalla’s best friend is a black waitress and restaurant owner (along with her husband) who also holds a PhD in psychology. Why did Roxanne leave the academic world?

Rebecca: Roxanne sees dispensing advice from behind the counter as far more rewarding than trying to deal with the bureaucracy of the state mental health care system. Besides, as most of Modesto knows, Roxanne's kind heart and a piece of Leon's chocolate pie can fix almost anything. She is wise to Lalla's occasional pity-party and does her bit to push Lalla into accepting Caleb's marriage proposal. Of course, when she wears cow-patterned capris, Lalla isn't about to return the favor. 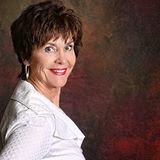 Why did you decide to move the setting of the story, and what can we expect in the next mystery, A Dead Red Alibi?

Rebecca: My son, like his grandpa, was an Aero-Ag pilot. We spent many hours going over shared memories of when I worked for my dad, and what it was like for my son to become an aero-ag pilot. When he died in a work related accident in 2005, I lost my will to write--and much of anything else. I stopped writing for exactly five years. I picked up and finished A Dead Red Heart, publishing it in 2011. I knew after A Dead Red Oleander that I couldn't write about crop-dusting again, and since I now live in southern Arizona full time, I decided to move the family to Wishbone, Arizona. There is no Wishbone, Arizona, but I knew I'd have to either be very, very careful, or rename this small artsy/mining town (Bisbee) something new. And since Lalla is gifted the deed to some property near Wishbone, she and her dad take a road trip to inspect the place. But when Noah falls into an abandoned mine pit next to a dead police chief, their idyllic vacation becomes a nightmare. I will move Caleb, Pearlie, and even Roxanne and Leon here. I'm editing and hope to have the book published on Amazon/kindle by July or August, 2014.

Are you a desert, mountain, or beach person, Rebecca?

Rebecca: I'm a beach person, so what the hell am I doing in the desert? Good question! We sort of sailed into South East Arizona when we decided it would be good to have a summer home that we could easily drive to from our 47ft sailboat in San Carlos, Mexico. Summer in Hereford, AZ is mild compared to most of Arizona, and property is still affordable. And that leads me to your next question. 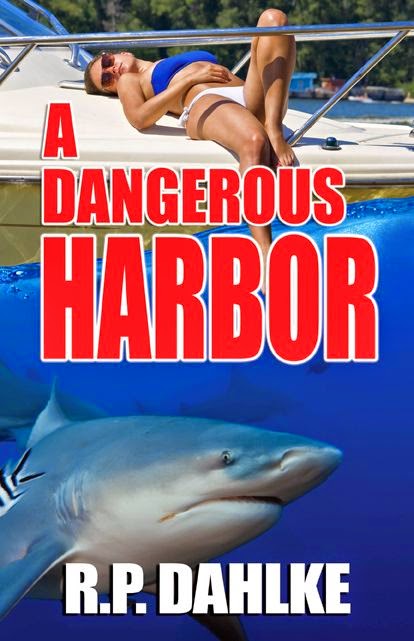 Because it’s summer, would you give our readers a series synopsis of your romantic sailing series?

Rebecca: These books are the result of several years aboard our cutter rigged Hylas 47 sailboat in Mexico. I started A Dangerous Harbor in Ensenada, which is, as most California sailors know, first port of call into Mexico after San Diego. Most of the town is clustered around the harbor where working marinas like Baja Naval still service American boaters.

I found this sleepy little town to be fascinating, full of endless stories, with a culture that was, and still is, struggling to gain a foothold in the 21st Century. The irony is that I started this book ten years ago, based on a local news story, which at the time was staggering in its brutality. This story is no longer unique as the Mexican Cartels daily murder with impunity. But, just as the cartels are not all that is Mexico, this story isn’t all about them, it’s about what happens when you try to run away from your problems and it’s about Americans, the ones passing through and the ones stuck in A Dangerous Harbor. 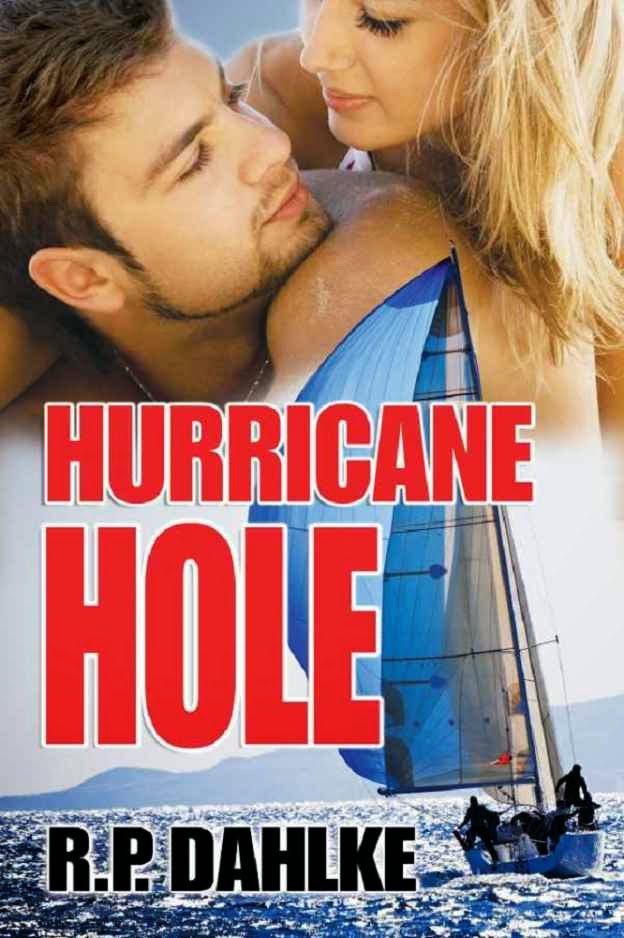 Book 1: A Dangerous Harbor: When Katrina Hunter is forced to shoot her sister's stalker, she takes the required leave of absence from the SF police department as her one chance for a long over-due sailing vacation. But discovering a floater close to her first port-of-call in Baja, Mexico will change everything she knows about dealing with crooks, liars, cheaters and murder.

Book 2: Hurricane Hole: Marooned in Baja, Mexico, a Chechen arms dealer is waiting for the right diver to retrieve the deadly cargo lying at the bottom of the Sea of Cortez. But when Leila Hunter Standiford, on hiatus from her TV contract happens to admire a beautiful vintage Alden entering the anchorage, she doesn't realize the boat will soon burn to the water line, or that a dead body will be found below, or that the handsome captain has been targeted as the sacrificial diver, or that meeting this one man will forever change her life. 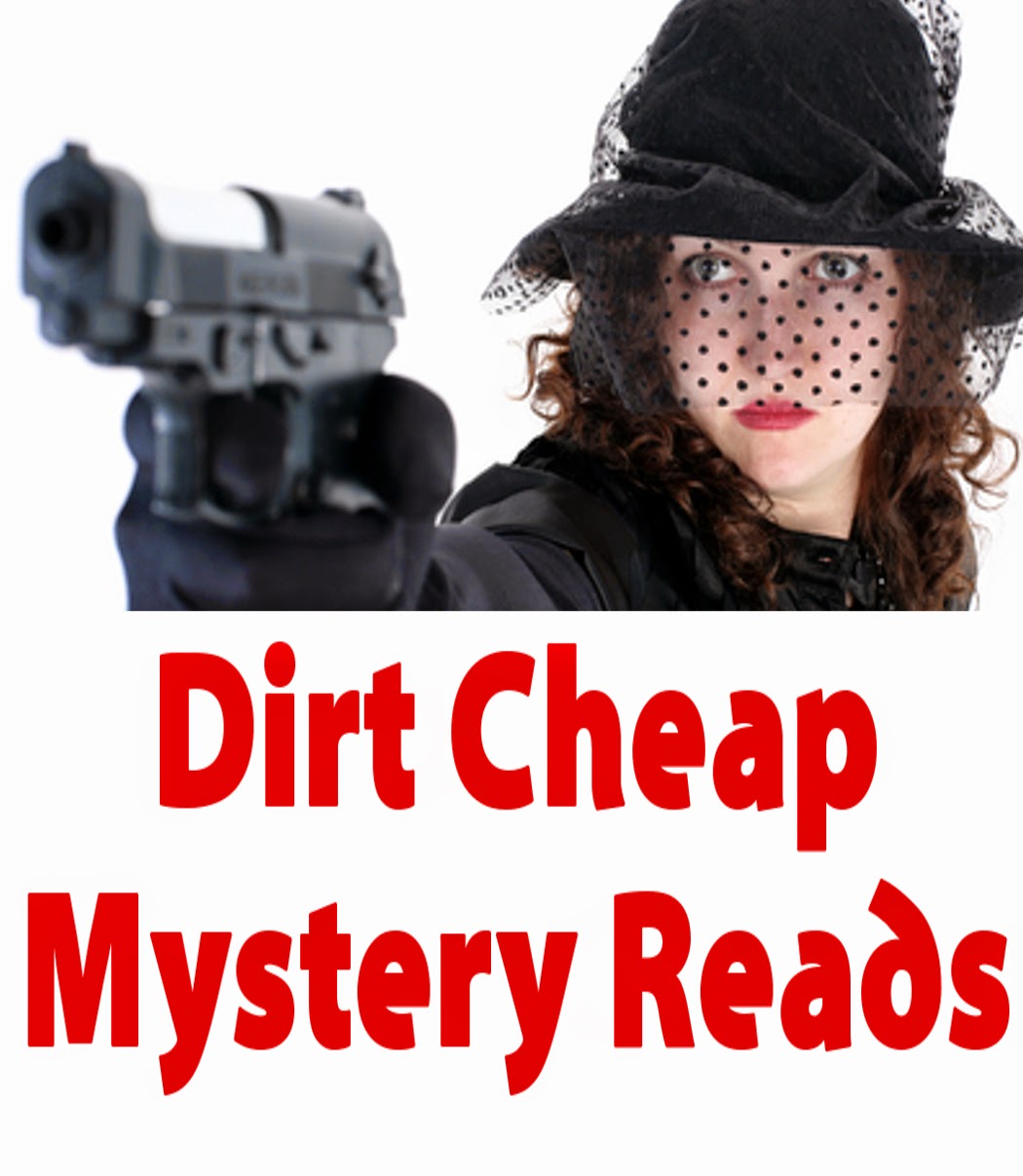 R. P. Dahlke created the All Mystery Newsletter and Dirt Cheap Mystery Reads circular. Est. 2011,  this colorful, linked newsletter goes out Tuesday, Thursday and Saturdays to  7000+ fans of mystery and suspense. No vampires, no werewolves unless they solve crime in their spare time. If you aren’t on either, contact her through her website.
Posted by E. B. Davis at 12:00 AM

It’s interesting how you’ve “written what you know” in these two series. On the face of it you wouldn’t guess crop dusting and 47’ sailboat would make it into the same blog.

Thanks for sharing with us your fascinating career so far. I’d like to know more about why you started the All Mystery Newsletter and Dirt Cheap Mystery Reads

I echo Jim's question - I'd like to hear more about the backstory behind your newsletter and Dirt Cheap Mystery Reads.
Both your series sound like so much fun - Thank you for stopping by, Rebecca.

Thanks for sharing with WWK. I believe pet often show what's happening in the families they live in.

Rebecca, welcome to WWK. I think your crop dusting series sounds interesting. I'll have to order the first one. I think the best writing comes from writing about what you know so I'm looking forward to reading this series since I know next to nothing about crop dusting.

Both of your series sound fun and filled with interesting information, Rebecca. I had wondered why crop dusting began so early in the morning.

Thanks for stopping by, Rebecca! Great interview.

Thanks for the interview, Rebecca. I loved your "Dead Red" series. I'm looking forward to reading your boating series at the beach. Thanks!