WHY I PREFER SMALL PRESSES


Today's guest blogger is Judy Hogan, a fellow member of the Guppy chapter of Sisters in Crime. Judy's route to publishing is one of the many paths writers can take and she let's us know why she prefers small presses.

It would have been nice–at least I thought so–if an agent had snapped up my mystery series and sold it to a big publisher. This didn’t happen. After three years of trying with three different novels in my series, I turned to small presses. I had joined the PressQuest subgroup of the Guppy chapter of Sisters in Crime late in 2010. I tried a dozen small presses, and by late 2011 I had a contract with Mainly Murder Press in Connecticut for the sixth novel in my series, Killer Frost. I’d decided to go with the sixth because it was a 2011 Malice Domestic finalist.

I thought the contract reasonable. I’d had to submit a business plan as part of my submission, and I’d already worked out how to proceed, things to do at each stage (1) when I knew my publication date, (2) when I could send review copies, (3) when the book was published: readings and signings I’d have already set up.

The pre-publishing process of formatting the novel to MMP’s specifications, getting cover blurbs, suggesting the cover image, and having a chance to go over the copy-editing, all of this went well. My editor even decided to send advance review copies to some of the reviewers I wanted to try, including library journals. We only got one review from this, but for me it was worth it. She decided it wasn’t worth our trouble for Farm Fresh and Fatal, but I did and sent bound galleys to Library Journal.

I liked it that my editor always got back to me promptly. We didn’t always agree, but she listened to my suggestions. Because I’d been a small press editor myself, 1976-91, I could imagine her need to keep the process moving along. I knew writers could get fussy and demanding about their books, so when she laid down the law, I accepted that. She carried the financial burden and the production burden. My job was to make sure it sold. I couldn’t expect MMP to publish a second one until the first one had sold three hundred copies.


There are many small presses now that do mysteries, and they differ greatly from each other. I wanted an editor who liked my book, who believed in it. At one point she wrote to me that she believed in me. I read and liked other books she’d selected. She has Beta readers, but the final decision is hers. I’ve not done too well in contests when there’s a committee of judges. It’s true that I push the mystery genre to fit the writing I want to do, but it’s a flexible form. I heard Margaret Maron say once, "You can do anything in a mystery." 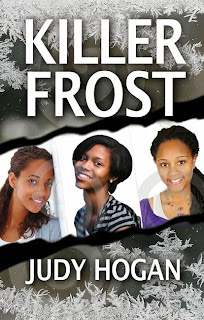 I like to take up community issues, and I do, apart from the basic plot of who killed someone and why. I don’t preach, but part of the story in Killer Frost was exposing how badly some students at an historically black college were being treated. I had written a tragedy with a mystery at its heart, or vice versa. It seemed to me that my editor was also good at being a reader, of tuning into the human tone I hope I always have in my books–real human beings suffering, conflicted, trying to cope, some failing to, some succeeding: the kind of stories that people want to read to help them understand their own lives better.

I also wanted a small press that had a distribution arrangement with the big bookstore distributor, Ingram, and ideally with Baker and Taylor, the main library distributor. MMP has Ingram, but not Baker and Taylor. The libraries buying my book, however, seem to be okay with getting the book from Ingram.

I am prepared, too, should I need to, to go the "indie" route, i.e., self-publishing. I may well do that with the first five books in the series. At this point I’m happy with MMP, and I’m focused on building an audience of enough people to keep getting the books out there, one way or another. The reader is the thing. It’s also true that I became eligible to be on a panel at the Malice convention because I was published by a small press. I don’t need or expect an advance, but I like it that I can buy copies, at 40% discount, to sell myself. Mystery Writers of America requires that a member author receive an advance. Sisters in Crime has no such requirement, and I’ve felt very grateful to all the support and help I’ve had from SinC and the Guppies. 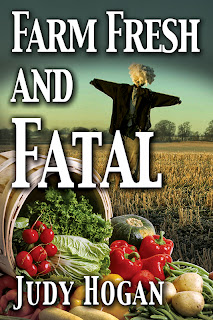 Indie authors speak of the advantage of control. I feel I have influence, which makes the relationship with my editor workable. It’s more like a partnership. She has the most power and responsibility, but I have plenty of responsibility, too, if the book is going to sell, and enough power. I don’t have the production headaches. Farm Fresh and Fatal emerges October 1, and I’m very happy with the cover. So far the early readers have liked it. Now I need to sell three hundred copies of both my books to be eligible to get a third published by MMP. Work, but good work! Three hundred copies would hardly please a big publisher or an agent, but it satisfies me and my editor, so I can get more books in print. At this point I’ll stick with Mainly Murder Press.

Judy founded Carolina Wren Press (1976-91) and was co-editor of Hyperion Poetry Journal, 1970-81). She has also published five other volumes of poetry and two prose works with small presses. She has taught all forms of creative writing since 1974.

She joined Sisters in Crime in 2007 and has focused on writing and publishing traditional mystery novels. In 2011 she was a finalist in the St. Martin’s Malice Domestic Mystery contest for Killer Frost. The twists and turns of her life’s path over the years have given her plenty to write about. She is also a small farmer and lives in Moncure, N.C., in Chatham County near Jordan Lake.

Judy's website is http://judyhogan.home.mindspring.com
Posted by Jim Jackson at 12:00 AM

Thanks for telling us about your road to publication. There are options and everyone's story is different.
Congratulation of being a finalist in a national contest. I like your persistence and flexibility. Your books sound interesting.

Like you, I am published by small publishers. It is the alternative that seemed best at the time, but as I continue to write and as the marketplace continues to change, with each book I need to reevaluate my options.

Judy, as you know, I enjoyed your first book in the series and found it very well edited so you made the right choice in who you chose to publish your book. I look forward to reading FARM FRESH and FATAL.

Judy is having trouble getting past the robot, so this is from her:

Thanks, Jim, Warren, and Gloria, for your comments.

As to the editing, MMP only copy-edits. I need to submit a book that is ready to go. I myself am an editor (free-lance now), but I also have two readers, one of whom focuses on content, plot, and the other on copy-editing in great detail, and so, once a book is vetted by these two, I feel ready to submit.

I appreciate being on salad day. Thanks again, Judy Hogan

Thanks for telling us your story. The marketplace today both causes all kind of difficulties for authors (like how do you get noticed with the literally millions of new books out there) and opportunities thaat weren't avialable even a few short years ago.

I think the anwser is different for different people. You have found a good path for you. I, too, publish through a small press, but when I get done with the contract (5 books in the series, last one due out this srinng) I will take look at my options.

KM, yes, I'd agree with those who want to keep considering their options. I will probably self-publish at some point, but I want to have a good group of readers first. I've observed that the agents are paying attention to the self-published authors who get reviews and sell well, too. Who knows? Judy Hogan