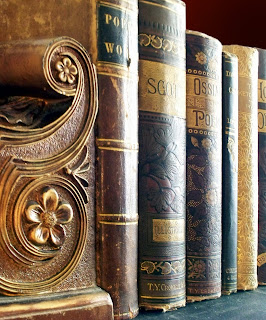 planet.  I like the pacing and suspense of novels like Gone Tomorrow and it is satisfying to have a hero

who unapologetically kicks butt.  However, Reacher is approaching superhuman abilities.  What would

it be like if he was not able to physically dominate a situation and had to rely on other skills?

every bit of intelligence that she does.  Could she look past social class differences and uncover a

murderer as smart as she is?

cocaine?  How well would the cerebral detective think while his body shook and pain coursed through

Angeles?  Could they track their quarry through canyons between skyscrapers?

trouble for her or ignoring her completely?  How would Sue Grafton’s character react?

How would Lee Goldberg’s Monk cope with a murder committed in the sewers?

What will J.B. Fletcher’s Jessica Fletcher do when everyone in Cabot Cove is either in prison for

I’d like to see John Sandford’s Virgil Flowers get turned down flat throughout a book.

I’d like to know what happens to Robert B. Parker’s Spenser and Hawk when they have to deal with a bunch of octogenarian retirees and violence won’t get them anywhere – oh and what happens to Spenser’s relationship with Susan when stops being a picky eater and becomes fat.

See Lee Goldberg's MR. MONK IS MISERABLE (http://kevintipplescorner.blogspot.com/2013/02/ffb-review-mr-monk-is-miserable-by-lee.html) in which Monk visits the sewers and catacombs beneath Paris, and--naturally--encounters murder.

I'd like to see Dan Brown's Robert Langdon ignored and refused by women as he would be in real life and struggle to get tenure.

I'd like to see Elvis Cole handle an emotional Joe Pike telling him about Pike's life traumas.

I enjoyed your blog, Warren, but I can't think of anything to add to it. If I don't think the protagonist is realistic like he or she would be in real life, I don't continue reading the series. It's okay if they're a little over the top, but I like to see them encounter problems they can't immediately solve.

I'd like to see Janet Evanovich's Stephanie Plum finally decide between Ranger and Morelli. Or maybe decide she doesn't want either one!

Great post, Warren. I'd like to see Jack Reacher become less a superhero cartoon character. His smug, unrealistic know-it-all persona is why I stopped reading the series. I also stopped reading Sephanie Plum because she never learns from her mistakes and grows. This is the problem with series. Writers have a hard time keeping the stories fresh.

Warren,
You had me laughing out loud, esp the bit of Monk in the sewers.

I'd like to see S.J. Rozan's Lydia Chin bring Bill Smith home to meet her mom.

Fun blog, Warren! My first thought was that I'd like to see Nero Wolfe leave his house to solve a mystery. But then I learned that Rex Stout wrote The Black Mountain. In that novel Wolfe traveled to another country and even became physically active in order to catch the killer of a close friend. Stout really challenged his main character.

I'd like to see my books, my characters talked about the way you discussed these!

Awesome post = now get to writing what you want to see! LOL

I'd like to see how Sheriff Dan Rhodes handles it when the goats Shirley, Goodness and Mercy really do follow him all the days of his life.

And when Spenser burns something he's trying to cook.

And Hercule Poirot, while visiting a house in the remote countryside, discovers his supply of mustache wax is depleted.

Warren, this is so much fun. I'm with Shari about Stephanie Plum. I would like to see Michael Connelly's Lincoln lawyer ditch his ex-wife. So glad he got an office. Also I'm thinking Coben's Myron Bolitar and Baldacci's Oliver Stone could eliminate a Hollywood influence on DC.

Great post! Now all I can think about is poor Monk stuck in a sewer!

I like some thriller writers to pare down their 600 page books to 300 pages and leave out the massive descriptive prose some of them fill their books with to increase the number of pages.
Richard Brawer

peaking of Sherlock--at least the modern British TV version--I'd like to see Watson out-think Sherlock for once, because Sherlock out-thinks himself to the point of neglecting to remember Occam's Razor.

I'm with all of you guys about Jack Reacher & Stephanie Plum. I'd like to see Reacher learn how to do his own laundry, for crying out loud!

Warren, I know what you mean about Jack Reacher almost attaining super hero ability. However, in TRIPWIRE he was shot and badly shot at the end and I almost had a coronary. Maybe it's not a bad idea to give the reader a stroke now and again.

The line about Jack Reacher just totally cracked me up! I really enjoyed the book of his set in small-town Nebraska because he kept getting beat up by ex-Cornhusker players. I was like, "It's about time!" He *almost* seemed human.