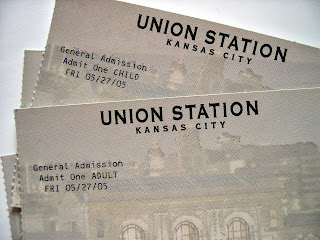 On Sunday, October 6, 2013 the Kansas City Star reported that Alice Uden, 74 and Gerald Uden, 71 long-time residents of Chadwick, MO were arrested and charged with murders committed in decades earlier in Wyoming.  Alice allegedly shot her husband in the face with a shotgun.

Gerald allegedly drove his family to an isolated place and then shot his wife and his two adopted sons (his wife's biological children) with a .22 rifle, which he had told them he would use for bird hunting.

The article reinforced my observation that as a mystery writer who lives in Kansas City, Missouri, I don’t have to look far for inspiration. Despite the Midwest’s reputation for friendliness, and hospitality, a few people do not fit the stereotype.

During the time known as “Bleeding Kansas” just prior to the Civil War, most guerillas, then called “border ruffians,” who made Kansas bleed were based in Missouri. Probably the most famous was William Quantrill who, with his raiders, burned Lawrence, Kansas and killed more than 150 men.

Of course, “Bloody” Bill Anderson killed nearly that number of Union soldiers in the “Centralia Massacre.” Frank and Jesse James, guerilla members before and during the civil war, continued their bloodletting ways for years after the Civil War conducting the first train robbery in American history, robbing banks and eluding the law.

The war before the Civil War was a fascinating time to me.  I set my novel
HEATLAND and several short stories during “Bleeding Kansas” days.

The senseless murders of the Clutter family in their Kansas home in 1959 eventually led to Truman Capote’s In Cold Blood.  I used the idea of an innocent person unexpectedly set upon by evil in a number of stories including “Locard’s Principle.”

In modern times, Ken Rex McElroy (June 1, 1934 – July 10, 1981) was a resident of Nodaway County, Missouri, near the town of Skidmore. Known as "the town bully,” his unsolved murder became the focus of international attention. Over the course of his life McElroy was accused of dozens of felonies, including assault, child molestation, rape, arson, hog and cattle rustling and burglary.  In all, he was indicted 21 times, but escaped conviction each time, except for the last. In 1981, McElroy was convicted of shooting and seriously injuring the town's 70-year-old grocer, Ernest "Bo" Bowenkamp, the previous year. McElroy successfully appealed the conviction and was released on bond, after which he engaged in an ongoing harassment campaign against Bowenkamp, the town's Church of Christ minister, and others who were sympathetic to Bowenkamp.

He appeared in a local bar, the D&G Tavern, armed with an M1 Garand rifle and bayonet. He later swore he would kill Bowenkamp. The next day, McElroy was shot to death in broad daylight as he sat with his wife Trena in his pickup truck on Skidmore's main street.  He was struck by bullets from at least two different firearms, in front of a crowd of people estimated as between 30 and 46. To date, no one has been charged in connection with McElroy's death.  No witnesses cooperated with police. Of course they had good reason to believe legal authorities could not protect anyone from McElroy. A law official not connected with events described what happened as, “A complete failure of law enforcement.”

The idea of a community protecting its own is central to my short story,
“Deus Ex Machina.”

In 1990 Ray Copeland (December 30, 1914 – October 19, 1993) and Faye Della Copeland (August 4, 1921 – December 28, 2003) became, at the ages of 76 and 69 respectively, the oldest couple ever sentenced to death in the United States. They were convicted of killing five drifters, who they buried on their farm near Chillicothe.  Faye denied knowing about the crimes but she had written a list of names and put an X next to the names of the five murdered men. She also put an X next to seven names of transients who disappeared and are still missing.
The idea that people may be very different than they appear is a basic part of every mystery.

In 2004 Skidmore became newsworthy again when Bobbie Jo Stinnet was strangled by an acquaintance, Lisa Montgomery, who then cut Stinnet’s unborn child out of her body apparently because Montgomery wanted a baby of her own.
So far I have not used these particular events in a story.

What has happened where you live that gives you ideas for crime fiction?
Posted by Warren Bull at 12:00 AM

Great post, Warren! People on the coasts sometimes have the mistaken idea that all is peaceful and dull in our neck of the woods, but I always must disabuse them of this notion. I live right next to the neighborhood in Kansas City called the Murder Factory, a small area with so many murders that it alone pretty much keeps KC in contention for most murders per capita every year.

Warren, in the local newspaper I subscribe to there are any number of murders and other crimes that could keep a crime writer busy writing for years. I live about 50 miles from Cleveland where the Castro kidnapping case that was on the national news. I think the very first murder involving killing a pregnant mother for her baby happened in Ohio in a town not too far from me. The baby lived although the mother didn't. From that time, I've read more of this happening around the country - copycat murders, I'd say.

I consider myself very lucky to live in the NYC metropolitan area, because - as they often say - you can't make up some of the stuff that goes on around here. Every variety and sort of criminal and crime abounds, unfortunately for the citizens here, but as fodder for a writer, it is a fertile inspiration ground. My recent erotic romance release has a subplot that involves something women in the city experience daily. That of harassment by a construction worker as she is walking by. I operate on the "what if" method and my thinking was, what if that guy gets what is coming to him (i.e., a firing) and decides to take his revenge?

In the 1800s there was a neighborhood in D.C. called Murder Bay. It was known for criminal enterprise and was so violent that police avoided the area. As you can imagine there were a lot of murders and many went unsolved. One woman was killed there and never identified. Who was she? I’d like to write a historical murder/mystery with political intrigue set partly in Murder Bay.

You are right, Warren, it is that contrast between the innocent seeming face and a black heart that is so fascinating - and terrifying!
I must say, The Murder Factory and Murder Bay are great titles for a mystery.

Very interesting post. Your discussion of "Bleeding Kansas" brings back to me Sara Paretsky's novel of that title.

It all goes back to truth is stranger than fiction. In my hometown, one drug dealer shot and killed another. Turned out I went to school with the killer. He's in prison now. He came to my 7th grade birthday party. How people get from point A to point Z is interesting (and a bit frightening!)