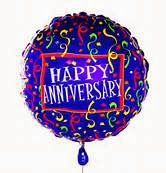 This month marks my one year anniversary blogging at Writers Who Kill. If you had told me I would be celebrating this milestone a year and a half ago, I would not have believed you.

In June 2012, after having heard for a number of years about Sisters in Crime and its Guppy Chapter, I dove into the waters, and now, like the salmon, I sense I've reached the stream I was intended to navigate.

As I told this readership last October, reading and writing always have been parts of my life. Internally, I knew I wanted to follow a creative writing career path. How to arrive at that path became the challenge. 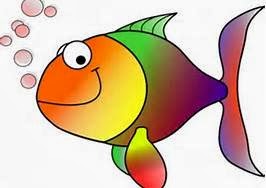 When I joined the Guppies, for the first time, I began receiving numerous messages about opportunities to write short stories. Although I had read many short stories, I did not feel comfortable writing them. To be able to craft a short story that conveyed a character's journey and arrived at a satisfying ending, seemed difficult to me--particularly a short mystery. I read the stories of less than 1,000 words in Women's World with amazement. That condensed storytelling took skill.

However, working on a novel that might never be accepted or never get done kept me on the sidelines of the writing community. I told people I was a writer, but I had no tangible proof. Nothing to hand out or point to and say, "See? I'm published." Several members in my local writers' group quit after going years without that achievement. I didn't want to face a similar fate.

So, I decided I had to get into the game. When I heard people conversing about making submissions, I wanted to contribute my own tales. When people asked me what I wrote, I wanted to say "mystery short stories" and tell them the markets where I submitted. 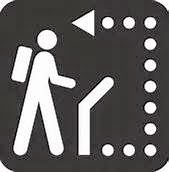 Two wonderful opportunities helped me start in this direction: (1) writing a short story with bestselling author Robert Dugoni, and (2) having one of my own stories accepted for a charitable anthology. Neither has been published yet, but working with Robert was like having a personalized master class, and the group publishing the charitable anthology has released a trailer with my name among the authors.

Through Story Success, as the Guppy critique group is called, I met Gloria Alden, Kara Cerise, E.B. Davis, and Jim Jackson. I was honored when E.B. asked if I would consider blogging for WWK, and delighted that the group let me share the load with Carla Damron and Sam Morton, two stalwart members of my local writers' group, the Inkplots. 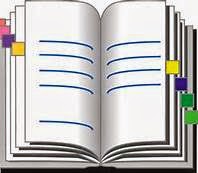 In late December 2012, I read that the Bethlehem Writers Group Roundtable was looking for February stories on the theme "Dead Valentine." The submission had to be made at least a month in advance. I quickly polished a story I had written a few years earlier and sent it in. By the first week in January, I received word it would be the Roundtable February featured story. 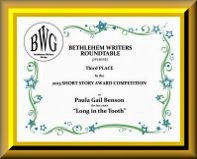 Since that time, I've had a second story published in the BWG Roundtable and two in Kings River Life. (Not to mention a Christmas story here on WWK last year.) In addition, I've had two stories accepted for publication in anthologies by Buddhapuss Ink and Dark Oak Press/Kerlak Publishing.

During the summer, my blogging partners have supported and encouraged my work on a short story series. From that experience, I've had the opportunity to meet and now count as good friends some excellent practitioners of mystery short fiction. I've thoroughly enjoyed exploring the avenues open to short story writers. Working in the short story field can help authors gain recognition while maintaining autonomy. I agree with those saying that noted short story writer Alice Munro being awarded the Nobel Prize in Literature this year signals a reemergence of the short story form. 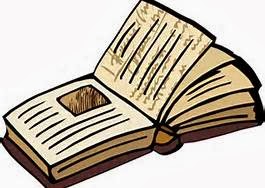 As I start out my second year with WWK, I'm busy working on a short story for this Christmas and thinking about other aspects of short story writing to investigate. This February, with WWK blogger Jim Jackson and wonderful short story writers Kaye George, Toni Kelner, and Earl Staggs, I'll be participating as an author in Murder in the Magic City, a conference in Birmingham, Alabama. I've moderated panels before, but this will be the first time I've appeared as an author.

What an amazing year. I credit blogging with WWK as helping me to chart my writing course. Each person contributing to this blog is talented, thoughtful, caring, and wonderful to communicate with. They are both buddies and inspirations, and I wish them all the best in all their pursuits.

Thank you to my blogging partners for your peer review, support, and encouragement. Thank you to all our readers for taking the time to stop by. 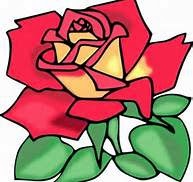 You've had a lot of accomplishments in such a short period, Paula. Congratulations. You should be proud.

Speaking only for myself (I would not want to try to speak for the diverse group that is Writers Who Kill) I’ve been enriched by your participation and friendship.

But I don’t. For now, I enjoy writing novels with all that entails. But one thing I know from over sixty years of experience living with myself, my interests morph and change, so perhaps the time will come when I make short stories my focus again.

We're glad you're here, Paula. Your contributions have added another dimension to the blog and have increased our readership. I love short-stories, too. But there are times when writing another short stories seems like procrastination for focusing on my novels. When I first started blogging, I, too, was unpublished. Getting published in short stories first, seemed like a logical progression toward getting a novel published. Now, I try to go back and forth between the two.

Good luck with your continued success. I enjoy reading your work.

Happy anniversary, Paula! It sounds like you've had a fantastic year. Congrats on everything! Here's to another great year!

I'm glad you joined us at WWK. I made a similar decision at an earlier point in my writing career. Someone who reads and likes one of your short stories may then be interested in your longer work.

Happy anniversary, Paula. You've made such a positive addition to Writers Who Kill, and I've loved getting to know you both here, through your blogs and comments and in person at Malice.

Loved this blog, Paula. Great pics. An important point: you succeed because you take RISKS. Other writers--myself included--should take note!

Barb, thank you so much. I'm very appreciative of your support and encouragement.

Jim, it's been so delightful to meet you in person and to work with you on WWK and in the Guppy short story critique group. Is my passive voice getting any better? ;)I need you to keep after me about it!

E.B., thanks for asking me to be part of WWK. It's been a wonderful experience. You always help me to see new goals to strive toward, and I really appreciate it. I look forward to seeing one of your novels published soon.

Sarah, I've gained so much from learning about your writing experiences. Congratulations on all your successes and thanks for being a part of WWK.

Warren, you are such an inspiration. Thanks for all your excellent recommendations, on blog posts and with the short story critique group.

Gloria, I want to be you when I grow up! Your energy and enthusiasm are contagious, and your writing always makes me smile. Thanks for your friendship.

WWK is one of the blogs I visit frequently. You've done extremely well this past year, Paula. I enjoyed meeting you when you visited our SinC meeting and look forward to seeing you again in Birmingham where I will also participate.

Carla, many thanks. I think you've taught me a great deal about risk taking, especially your completing a low residency MFA program while keeping a full time job. I need to grow up to be you, too!

Polly, I've loved attending Murder in the Magic City in past years and look forward to our being there together in February.

Paula, I've loved reading your work and getting to know you through the blog. Best wishes and congratulations on your well deserved successes - I know there will be many more.

Happy anniversary and congratulations on your well deserved successes, Paula. I have enjoyed getting to know you through your blogs and comments. Here's to another great year!

Paula, I love reading your works and enjoy your blog too! Congrats on this milestone...I am eager to read much much more!
Julie Cox

Shari, Kara, and Julie--what kind words. Thank you! I feel very fortunate to have such good friends and know such good writers.

Paula! What a great blog! It's really cool to see the high density of awesomeness in this one blog entry. So glad that your talent, perseverance, and risk-taking (as Carla said) are paying off :)

Thanks, Jessica! How great to hear from you. I hope your writing and life are going well. We need to get together soon.