I Met One of my Characters 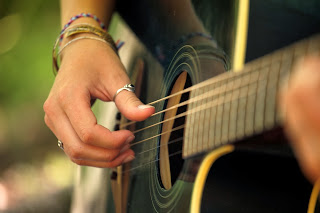 I Met One Of My Characters

Recently I had the chance to meet a man who will become one of my characters.  Sometimes as I amble along I run across a person or a behavior that I put in my mental file for later use in one of my stories.   It may be years before a good opportunity presents itself, but when it does I have the character/behavior on file.

I met a man who is exceptionally good singer with a very limited vocal range.  People who encountered him while he sang his carefully selected popular songs were blown away.  He was entertaining and energetic. He related well to his listeners.  You could feel electricity in the air.

On the other hand, people who encountered him trying to sing outside his limitations thought he was over-hyped and under-skilled. They wondered why anyone would be impressed by him.

I observed the singer closely in two concerts. I noticed that what looked spontaneous the first time I saw him, was repeated with only one tiny change the second time he performed.  His “spontaneity” was well practiced and finely honed.  However, I learned that not long before he had willingly performed something so far from his strength that a friend of mine described his efforts as “disastrous.”
That raises the interesting question of how self-aware the man is.  Is he aware of his limitations?  If, so why attempt something at which he will fail? Any answer I choose will add a level complexity to the character I can make use of in whatever story he appears in.

Where do you find characters for your works?

I meet people, too, I plan on using for a future book, or people I've already used. I like your take on this musician you met, and how you'll delve deeper into the character you create from this guy. I go to a lot of folk concerts at a lodge in Cuyahoga Valley National Park, and I find the musicians more accessible and friendly both during the concerts as well as the intermissions and afterwards. Several of the musicians from a group from Scotland that I recently attended will be in my next book, at least how they look.

When it comes to bad guys, killers, who I don't usually associate with, I rely on reality. For normal characters, like my MC or her BFF, I feel as though I can create them from my imagination--although I do make histories and traits for them. But when it comes to the bad guys, I'm of the opinion that I couldn't make up characters that are authentic without basing them on reality. I'm lucky. I haven't come into contact with dastardly people. Yes, maybe I know bad guys through a friend of a friend of a friend. But I go to the newspaper to portray my bad guys. I really can't make it up because some of the stuff I read, I can't believe--even when it's true!

My stories are mostly peopled with characters based on folks I've known over the years. An alcoholic uncle, fellow steel fabrication workers, members of an iffy bike club, marginal musicians, etc. But since I write crime fiction, maybe the richest source has been the guys in my inmate work crew when I was employed in a medium security prison. On my own, I could never have come up with material like the conversation on whether it's "ethical" to rob Mom & Pop type stores, one argument being that having insurance is a cost of doing business & one can assume they will not ultimately suffer financial losses, the other being that their income is so marginal they might not have insurance & that it's unfair to prey upon people who serve the community.

Sounds as if you've got a good take on this character, Warren.

My characters are usually an amalgam of traits and features from several different people I've known, and some come to me full-blown from I know not where. But occasionally, I drop someone in fairly whole-cloth. It's certainly not often and usually a side character.

Like Linda my characters arrive with their unique possibilities based on all my experiences. Early on in my writing, I kept a notebook of interesting characteristics I observed while out and about. Then I realized I never referred to it and abandoned the writing down part, but I think it is all there for the choosing whenever I start writing.

He sounds like he will be an interesting character, Warren.

Like you, I have found that chance meetings can provide the basis for a good character or even a plot. For some reason people seated next to me on planes like to talk about their lives...

I think all writers do that in some form or another. A character trait, a mannerism, something that strikes us in such a way that we file it away for a later book. The world right now is full of potential story meat. Just not sure any reader would believe most of what I'm storing away.

I met one of my characters long after I had written three books using her. Hortense Duckworthy, I swear, walked into my credit union right after we moved here a few months ago. If she'd had a Texas accent instead of Tennessee, I might have fainted.