I recently had the opportunity to attend a conference on investigative journalism. The panel, comprised of reporters and newscasters from throughout the midlands of South Carolina, talked at length about the investigative process. One of them told this story:
The president of a large, state university was under investigation for corruption. Law enforcement eventually charged him with “illegal compensation” and tax crimes, but as they approached the trial date, evidence was lacking. A graduate intern for the president contacted a reporter and told him that he’d been ordered to take a bunch of records to the landfill. “I wasn’t sure if that was relevant or not,” the student said. What did the journalist do?
He met with his editor and got approval to rent a backhoe. He went to the landfill and started digging, going through a football field worth of waste until he found the incriminating evidence.
Wow.
What kind of journalist does that? What would drive them to such extremes? The panelists at the conference identified two key qualities in an investigative reporter: Tenaciousness and patience. Tenaciousness because if you’re exposing corruption, crime, or wrong-doing, others are probably doing their darnedest to cover it up. The phrase “keep digging” was repeated like a mantra. 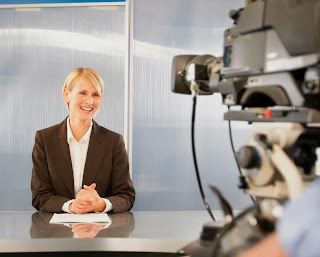 And patience? Sometimes a story goes cold—for a while. Or sometimes the journalist asks for information that is slow in coming (often intentionally). And sometimes it takes time and effort to find the RIGHT person who will speak the truth and guide the investigation where it needs to go.
I thought about these qualities in terms of my protagonist. Caleb is tenacious—sometimes to a fault. While he can be very patient with the clients he’s counseling, he can be easily frustrated when dealing with systems—especially ones he views as obstructionistic.  (Hmmmm. He sounds a lot like me.) 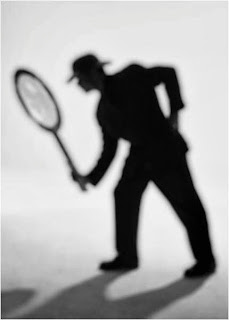 But Caleb has another quality that any investigator—amateur or professional—needs to have: he is intelligent. He doesn’t oversimplify things into good vs bad; he embraces the notion that when it comes to human beings, there’s a whole lot of gray. That’s what makes us interesting. It’s also pwhat makes a mystery worth reading, in my opinion; I want a little gray in every character, even the bad guys.
Which brings me back to the university president. He was brilliant, flamboyant, and articulate. He brought internationally renowned speakers, like the Pope, to the university. He spent university funds on extravagances and was probably bipolar. He was eventually convicted of laundering drug money.  And it took the dogged determination of a journalist with a backhoe to uncover the scope of his crimes.
What investigative qualities does your protagonist have? Is he/she tenacious? Patient?

Seamus McCree is smart and tenacious. He’s a financial genius. He’s mature enough that he no longer sees things as black and white. He is not perfect by a long shot. He has difficulty with his love life and he tends to take all problems onto his own shoulders.

I try to give my bad guys some positive attributes as well—but only a few since in the end they are going to be going down for a long count.

I have more than one protagonist. In my WIP she is a take charge problem-solver. She likes nothing better than a sticky situation she can use her intelligence and creativity to undo.

Like Warren and Jim, my protagonist, and also the police chief of my small town, who in the beginning felt over his head, but both keep at it. I also believe in making my murderer a mixture of good and still have this one thing that makes him/her feel murder is their only choice.

And, Carla, I really like Caleb and can't wait to read your 4th Caleb Knowles book.

My WIP is titled Toasting Fear. My MC, Abby Jenkins, must overcome her fear and use courage to track down killers all the while being tested by her demon father.

Great post, Carla. Congratulations about your recent good news of a short story accepted for publication!

I love how we talk about our protagonists like they're living people we know really well. Because they are, aren't they?

The gray areas do make for the most interesting characters. My MC is a former model, and as such is good at reading people, their body language and the way they wish to be perceived by the way they dress. She's aware of the ways a person's surface can hide their essential character. Tenacious? Yes. Gray areas? Plenty.
Caleb sounds like such a cool character - a counselor must hear everything! Great angle for a mystery novel!

Great post, Carla! As someone with a news background, I can tell you that investigative journalism like the bit you learned about is something that's becoming more and more rare.

It used to be that those who did enterprise stories like that were given the time they needed to dig. They could work a whole year on a project. These days, they are expected to balance their investigative stories with three or four stories per day. Just daily, general assignment stuff. And usually they have to take pictures and/or video, not just handle the print side. It's super sad.

Now, about my protagonists. One is a journalist and the other is a county detective. Both are super inquisitive, as is their nature, and can spot a BS answer from fifty paces. I'd also say they're pretty strong-willed and self-effacing.

As for my books in the drawer: The MCs were also journalists. I think you might see a theme here...