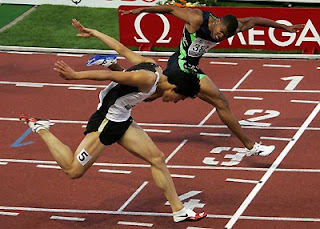 I’ve been writing a book under a terribly tight contract deadline, and much of the time I’ve been working on it, I’ve been afraid I wouldn’t be able to finish the book. At least, not a very good book. When first given the deadline, I marked off the last two weeks for revisions and allocated word counts for every day of those earlier eight weeks for first draft. It all looked impossible—writing the first draft in so few weeks and revising in merely two weeks. I am, after all, a confirmed reviser of manuscripts. I tell my students that good writing is inevitably re-writing. And how can I make this book good with only two weeks to rewrite it? 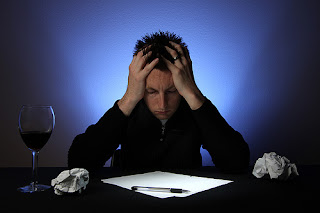 It’s been a high-stress time, and as real life tends to do, other parts of my life have not lain down in submission to this overwhelming deadline. Serious health issues have dogged my daughter. My youngest son needed help in returning to Kansas City from eight years in Iowa for grad school. The other freelance and teaching commitments I’d already made wouldn’t vanish into thin air for me, either. And it’s been the prime time for traveling to promote the book just out, Every Broken Trust. So I’ve had to write in the spaces around these things.

But, last week, I finished that first draft of Every Hidden Fear, the third Skeet Bannion book, and I’m solidly into the revision process now. And lo and behold! My first reader feels I’ve written a good book—with, of course, some weak areas that I’m currently working on in revision. After a couple of days off to let it rest and do some marathon freelance work sessions, I read it straight through, making edit notes, and agreed.

So now my anxiety is not about being able to write the book, but can I revise it to make it as strong and complex as my other books in this limited time. I’ve written new scenes that were needed to make it structurally stronger. I’ve cut and changed other scenes for the same reasons. I had to make substantial changes in every scene in the book where one character appeared or other characters discussed her. I’ve beefed up a couple of secondary characters. Now that the structural, big picture stuff has been mostly taken care of, I’m going through the book scene by scene, making sure all the details that bring a place, people, a story to life are in place—weather, landscape, the five senses, emotional reactions, and more. When I’ve finished with this, I’ll start at the beginning again, doing line edits to compress and tighten and make the language sing. 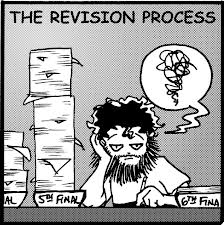 It’s pretty intense work, and I’ve been putting in ten- to twelve-hour days on this book since I got this deadline when I only had two chapters and a two-paragraph synopsis written. I lose track of the date and time and weather. While I was writing the final scenes in a frenzy last week, I left my house for a SinC meeting and was almost overwhelmed by the heat and sun because I’d been living and writing a blizzard so deeply that the real weather came as a shock. My email inbox is a disaster area. I wake in the middle of the night, dreaming the book. I have hardly any other conversation.

But it’s happening. Just as the draft took shape in a time frame that I never would have thought possible, so the revision is moving along. If nothing else, this experience has taught me that I can do more than I believed I could. That’s valuable information to have. I never want to have to write a book to final form in such a short time again, but if necessary, I know I can do it. That will certainly take away a lot of fear from any longer deadlines I end up facing in the future. “Heck, I can do that. I’ve done it in half that time.” 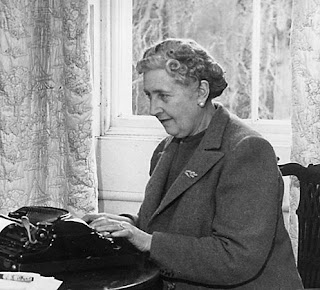 I remember Agatha Christie writing in her autobiography about the book she had to write immediately after her first husband left her and she had a nervous breakdown, leading to her highly publicized disappearance. She had a child to support and a book contract she had to meet. Even though her life had crashed down around her ankles. She never felt less like writing in her life, she said, but she had to go through with it. She always said that was the book that made her a real professional writer, and she learned a hard lesson from it—a professional writes whether she feels like it or not. I feel like I’ve learned the same lesson Agatha learned.

Have you had an experience when you learned you could do something you would have thought was too difficult? Was there a time when you knew you were a real professional at your writing because you didn’t give up and came through?

I hate being overcommitted, because to me a commitment I’ve made is a commitment I’ll do anything possible to meet. Glad you’ve found this tough time for you to also be a productive one.

I love it when I can spend hours a day writing like that, which I can sometimes do in the summer.

I did find I had to quit a part time job teaching GED in a county jail when I made a commitment to write a series. In some ways I do miss that job, but there's no way I could manage it and a full time job and the writing.

Last summer my mother was very ill for weeks and died. I'm not as happy with the book I was working on then as I am with the others in the series. It didn't help that the publisher kept replacing editors, none of whom seemed to "get" the book.

Best of luck (although I realize producing a good book isn't "luck") with your new release.

I'm soooo proud of you, Linda, for meeting this insane deadline. I've seen you a few times during the thick of it, and you handled it beautifully! I'm sure the book will be totally awesome.

As for the question... As a former newspaper writer, I feel like I'm pretty well-equipped with handling deadline pressure. It took several years and a lot of gut-busting stress, but I can really churn things out if I need to.

Now, will I be able to do that with an entire book on a deadline such as yours? I can only hope so. It's much, much more difficult to keep things going for an 80K book than for a fast 500-word story!

Jim, I hear you. I'm the same way about commitments and deadlines. I have friends who say, "but it's only a deadline--nothing will happen if you miss it by a little," and I look at them like they're crazy.

Oh, KM, nothing could be worse than trying to write while a loved one is dying--and with editors changing on you, too. My hat's off to you for making it through that kind of incredible challenge.

I'm sure you'll rise to the challenge, as well, although you're right about the big difference between multiple short pieces and a novel. It's a sprint versus a triathlon.

LOL! I guess we're all different. Eight weeks is pretty much my regular time frame to write a 90K draft. I wrote a book in 13 days once, and a couple others in 2-3 weeks each. But when you're not used to it, I can understand it must be overwhelming. Once you get used to having back-to-back deadlines, eight weeks will feel like plenty of time. :) Good for you, getting through it.

Although you're coming through this stressful time with a stronger awareness of your abilities, I wonder why such a deadline was thrown your way. I know you aren't a procrastinator. So, what happened that your publisher gave you such a tight deadline? Nosy? Sure, I'd like to know what goes on in the publishing world since I've yet to get hit in the head by it.

EB, I don't know. Last fall, I was told that we wouldn't even discuss contract until they saw sales figures for the new book, so I'd been working on other things for my agent to pitch. Suddenly, just as my new book came out--no sales figures yet--they wanted a synopsis and couple of chapters. I worked round the clock and got them in, and they came back with offer but tight deadline.

Oh, fabulous, Linda. I take that as a great sign--but they have to have some indication (online and ebook sales) that your first two are selling well. A little sandbagging on the part of your publisher perhaps?

One year the Great Manhattan Mystery Conclave asked if I could turn my short story set in Manhattan into an event for attendees. That meant working with half a dozen people about their roles in what was like a play or a movie. I quickly found out that nobody wanted a script to quote from. I chased people down and explained what their part was. Then some people said they could not attend so I got to track down other people. I was writing while on the road to the conclave.
It turned out well with a truly amazing crime scene that I had nothing to do with. I felt like a script writer as a movie was being shot. Late nights, changing cast, leaving clues and red herrings on site. It was exhausting. Seeing it come together was
exciting.

EB, I don't know. It was about the time the first book was named a finalist for the International Latino Book Awards, so that might have had something to do with it.

Warren, that sounds horrendously difficult, but I'm not surprised that you came through with flying colors.

Linda, this is truly inspiring. Congratulations on all you've accomplished. Over the weekend, I heard an archery analogy: the bow cannot send the arrow accurately to its destination until it is drawn most tightly. May you continue to have success.

I'm terribly impressed that you were able to meet such a tough deadline, Linda. Sometimes, we even amaze outselves with what we can do when we have to, doesn't it. Although not all of us could come through it as well as you did.

I posted on my daughter's computer so I came up as unknown. The above was mine - Gloria.

Thanks, Gloria. I imagine any of the WWK folks would have come through the same way. We buckle down and do what we must do.