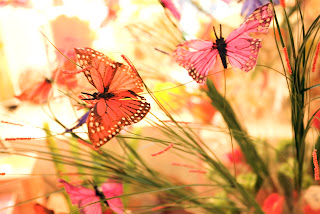 I find the world in miniature quite interesting. Many years ago when my husband wondered if the winged insects he found near the house were termites or flying ants, I got out an encyclopedia – remember those books? – and looked up ants. I became so interested that I spent an hour or more reading about them. Almost ten years ago I read Edward O. Wilson’s fascinating autobiography, Naturalist. A university professor at Harvard and a winner of two Pulitzer prizes, he’s an entomologist who spent years and years studying ants all over the world. The book was well written and showed him as a young child discovering the world of nature. Isn’t it a shame so many children are never given the chance to explore the insect world? 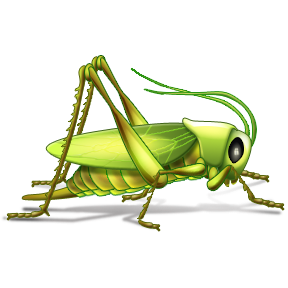 That’s why my children and my classroom had ant farms. I also did a three week unit on arthropods which included going out to fields with my students to catch grasshoppers and crickets for humane scientific study. My classroom was quite noisy in September with all the chirping or the frantic dashing about trying to catch an escaped cricket or grasshopper. Now that doesn’t mean I like ants in my house or in my flower beds making ant hills, but they do have an interesting social structure.

Another time I drove almost four hours to Columbus to take a workshop on dragonflies. They’re fascinating creatures. I was supposed to be catching them afterwards and mailing them to the science center or some dragonfly society, but my days catching them didn’t last long. 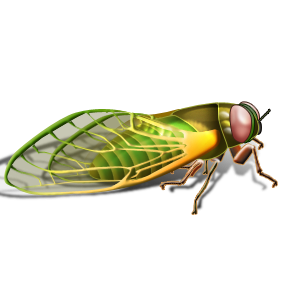 Recently, I read an article by John Parker, a retired professor from Ohio State University and county agriculture extension agent, in which he mentions a report from the United Nations Food and Agriculture Organiztion that estimates about 2 billion people in the world currently have to eat insects to survive. In various countries, humans eat more than 1000 species of insects, mostly in Asia and Africa. For some it’s a delicacy as much as a need.

Studies suggest the nutritional value of some insects contains enough protein to rank with lean ground beef as well as a good source of fiber and many minerals. Most of these insects are mealworms, crickets and grasshoppers. Some are eaten whole and some ground and processed into meal for food. In those countries farming insects for food can become a cash crop as well as preventing hunger. 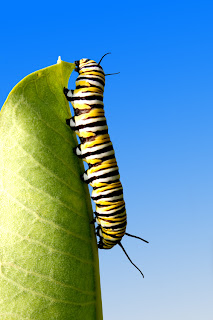 And then I happened to hear an interview with Dave Gracer on  Living on Earth on NPR. I realized it was on the lines of the article I’d read so I looked him up on the internet. Dave Gracer has a business he started a little over four years ago called SmallStock Food Strategies LLC. His business endeavors to create interest in entomophagy, the farming and eating of insects. Originally he raised shrimp, which he will continue to do along with raising and selling insects for food. So far insects as food is not taking off well in this country, but he’s trying to change that.

According to the print out of what he’s all about, entomophagy is more about robust critical thinking than it is about eating insects. His work is about promoting insects as a healthy sustainable diet. Some facts he lists are:

For most of our past history on the planet, people have eaten insects, and eating them is a lot better for our planet.

Eating cows , chickens, etc. is not healthy for the planet. Basically, the larger an animal, the more wasteful it is with resources like water and grain.

He considers insects like the shrimp of the land, but he does point out that just like some people are allergic to crustaceans, some might be allergic to insects, too. 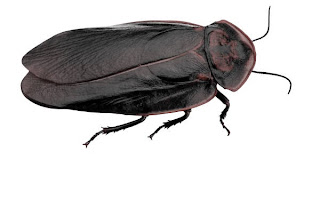 So have I ever eaten an insect? Once a wacky friend of my husband brought us a box of chocolates. I love chocolates so took one and bit it in half. It was a little crunchy so I looked at the uneaten half and saw half of an insect. I gagged and spit out what I hadn’t swallowed, but even though I drank lots and lots of water, I could still feel the wings stuck in my throat although maybe it was my imagination. Would I ever eat insects in the future? No. For now I’ll continue harvesting Japanese beetles in jars of water, but only for my hens who think they’re a culinary delicacy.

And now how can I use all this information in my books. Well, unlike many cozy writers I don’t write about cooking nor do I include recipes at the back. But I can see a character like Dave Glacer, can’t you? I can see conflict between him and farmers using pesticides. So I need to get to work and write his biography to use in either a short story or in a future book. 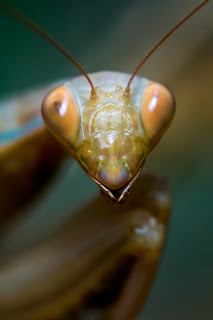 So what do you think about eating insects?

What kind of recipe can you come up with to disguise the insects?

I think I heard the same NPR report. John McPhee had a story in his book SILK PARACHUTE that dealt with eating “strange” things. I’m not too interested in bugs, I have to say, but then again I’m not a very adventuresome eater.

Jim, I'd have to be starving, I mean really starving to eat one. I just finished reading "Unbroken" the amazing story of survival by Laura Hilldenbrand about Louis Zamparini and other POWs in Japan in WWII after he and two others had been on a raft in the Pacific for 47 days. What little food they got from their captors was often full of maggots.

I heard a report on NPR about an insect farm in Spain. I guess it is increasing in popularity but I'm not heading for the front of the line.

The FBI had a great insect muffin recipe. In the 1980s I worked for a contractor at the J. Edgar Hoover Building in D. C. One morning I went to the cafeteria for breakfast, bit into a muffin and discovered an in-full roach baked into its center. I left that job shortly thereafter never to return.

Warren, I won't even be at the back of the line. Observing them in nature? Yes. Eating them? No.

Funny, E.B. I wouldn't eat in that cafeteria again, either. Do you think it accidentally got in there or a cook who was a prankster put it in there. Either way, I'd never order food there again.

Funny, Paula. I wish I could have found real pictures of the different insects, but I haven't taken any. I did find a real praying mantis, but not a full body one. They're actually rather friendly. My students and I would put them on our arms or shoulders when we found them.

I've tried chocolate covered ants & stir-fried crickets (in Africa) but I really couldn't overcome the "ick" factor. The crickets were nice & crunchy, & I guess would make a good snack if you liked them.

Historically, food has been too precious to discard just because of an insect infestation, so I'm sure most humans over the course of time have eaten four beetles, etc, as a part of their diet, and been none the worse for it.

Gloria, I am glad I read this after lunch!
When my daughter was traveling through southeast Asia, she came across many insect-based treats - and she tried lots of of them. Her take on it was that pretty much everything is good if it is deep fried! Still, I don't think insects are for me.

KM, you're right about that. When a person is hungry enough they'll eat about anything, and it's probably only in modern times in wealthier countries with food so plentiful, that we shudder to think of eating creepy crawlies.

I read that the average person consumes about one pound of bugs a year since insect pieces are in food sold by grocery stores. It makes me squirm, but I’ll continue to eat store-bought food as long as I don’t have to see the parts. Ignorance is bliss.

Kara, I haven't heard that, but I believe it because grain is easily infested with mealy worms and once it's ground up, we'd never know. I don't know how we could avoid it even if we grew all our own crops. Just look on it as extra protein and probably lower in trans fat than meat products. :-)