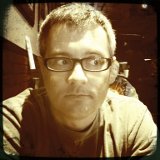 In preparing this series, I solicited answers to ten survey questions from members of the Writers Who Kill blog and from authors who are well-known for their wonderful mystery short stories. These authors have been so generous, detailed, and insightful in sharing their views and providing excellent information that I wanted the WWK readers to have the full benefit of their replies.

Art Taylor’s short stories have appeared in the anthology Chesapeake Crimes: This Job Is Murder; in magazines including Ellery Queen’s Mystery Magazine, Barrelhouse, Needle: A Magazine of Noir, and North American Review; and online at PANK, Plots With Guns, Prick of the Spindle, and SmokeLong Quarterly. He is an Agatha Award finalist and a three-time winner of the Derringer Award. “When Duty Calls,” from the Chesapeake Crimes anthology, earned Art his third Derringer in three years (2013, Best Long Story) and was also a finalist for this year’s Agatha Awards; it’s currently nominated for a Macavity.

Art teaches creative writing, composition, and literature at George Mason University in Fairfax, VA, and helps to coordinate marketing for the annual Fall for the Book Festival, serving the DC region. (For more information, please check out the website at: www.fallforthebook.org) While the festival covers a lot of different subject matters and genres of writing, Art has been pleased to help build some partnerships between the festival and his local chapter of Mystery Writers of America. This year’s festival will feature a panel with Ellen Crosby, Allison Leotta, Brad Parks, and David O. Stewart.

In addition, Art is a regular reviewer for the Washington Post Book World, concentrating on mysteries and thrillers, and contributes frequently to Mystery Scene Magazine. Art graduated from Yale with a degree in American Studies and earned both an M.A. in English from North Carolina State University and an MFA in Creative Writing (Fiction) from George Mason University. His website is: www.arttaylorwriter.com.

Art, thank you for being with us and taking the time to answer the survey questions.

How has being part of a short story writing community influenced your writing?
One of the great things about the mystery community is that it boasts so many strong short story writers—writers working across such a diverse range of subject matters and approaches and tones, etc. A couple of years ago, I had the privilege of being one of the Edgar judges in the short story category, and reading all of the stories submitted over the course of that year—more than 700 of them, I recall—offered such an education about the range and flexibility of the genre, and it ultimately helped me (I hope) to strengthen my own writing, refine my own approach to the form. That community is also very close, especially now that so many of us are connected online—not just sometimes reading each other’s stories in online publications but also connecting on Facebook and Twitter, keeping up with new publications, awards announcements, and more. The support and feedback from friends and fellow writers has been tremendously encouraging—and reading their fine stories also forces me to try to keep my game strong as well!

My stories often seem to evolve slowly from ideas or images—the imagination playing around with things first, rather than a plot presenting itself to me—so calls for submissions from themed anthologies are often lots of fun. I like taking a suggestion like that and tinkering with it in my mind, thinking about some new direction with it, for example, or trying to figure out where my own interests and preoccupations might intersect with that editor’s interests and ideas. It’s fun!

I think my imagination basically gears primarily toward shorter works—where I keep the whole thing in my mind, let it slowly percolate up there. While I’ve tried writing a couple of novels, I haven’t been very successful with them. I’m not very good (so far) at keeping the proper pacing and the extended conflict—at picturing clearly that bigger narrative arc—for a longer work.

I love flash fiction! I think it’s a little tougher in the mystery field—since mysteries are so often driven by plot and flash fiction is often capturing a moment rather than an extended narrative. But as a form itself, I think it’s both a challenge to write and, when done well, such a joy to read. Short stories in general are all about cutting away everything that isn’t necessary to the story, trimming and trimming and trimming, and the best flash fiction seems to be the finest distillation of that process.

I began writing short stories in high school, and I was thrilled to have my first stories published in the school’s literary magazine. But for many years, I wasn’t diligent or focused about my writing—working steadily for short bursts and then not at all for other long stretches. Even after my first mystery story was published in Ellery Queen’s Mystery Magazine back in 1996 and I felt like I’d really begun something exciting, my next attempts at short stories faltered and failed, and it was several years before I found my footing again. Now I know that the key is to write early and write often—every day, if possible (and even with that, I’m still a slow writer).

The proliferation of online magazines and journals offers today’s short story writers not just more potential markets but also a potentially wider readership, greater accessibility to that reader, and the opportunity for more immediate feedback. That’s a real bonus, not just for beginning writers but for established ones too.

On the flipside, sometimes those online publications are short-lived, despite the best of intentions. And it would always be nice to have more print publications to read and submit to as well, of course. There’s such great talent out there, and always a need for more venues to showcase it.

While I know there’s a lure to the idea of getting a story collection or even a single story out there in an e-book or e-short format—bypassing the submission/acceptance/editorial process that can be lengthy at best (or quick with rejection at worst)—I do believe that the benefits of the latter outweigh the possibilities of the former. Many self-published authors are indeed putting their work through rigorous editing—both personal scrutiny and feedback from writing groups or freelance editors or whatever—but many aren’t, and I think there’s a lot to learn from going through that process. It’s not just that editors and publishers are gatekeepers, but they’re also mentors to writers and guides to the readers—profitable relationships in each direction there, I think.

twofold. First, I love the economy and efficiency of the form. There’s something wonderful about a tense little tale, tightly told—a complete experience in a single sitting—and I hope to deliver that sense of wonder to one of my own readers too. Second, the short story form seems to fit me—the way I think, the way I write, the way my schedule is these days (teaching, being a new dad, etc.). It not just a fondness for the form; it’s also just a good fit.

… well, for me, I like to make sure that all of the elements work on more than one level and that all the pieces interweave nicely throughout. That doesn’t mean that everything has to be tied up in a happy ending or even that some parts of the story can’t be left unexplained, nagging, restless. But I like the sense of both tight complexity and dense texture that a good short story can offer.

Again, thanks for joining us and providing us with such terrific insight, Art. Best wishes for your continuing success.

Thanks for the interview, Art. Great answers.

Hi Art,
Seven HUNDRED submissions? Wow!
I am glad you mentioned one reason you write - because it's fun!
Thanks for stopping by and sharing your insights.
Keep writing,
Shari

Art, thank you for being with us today and providing such great advice. Please check out Art's website, as well as Barb Goffman's and B.K. Stevens', to read their wonderful stories that have been nominated for awards this year. And, Art, congratulations on winning the Derringer.

Thanks for visiting us at WWK, Art. It was a good interview and you gave Paula some good answers. Also, congratulations on winning the Derringer.

I enjoyed your interview, Art, just as I always enjoy your stories. See you in Albany!

Loved your answers, Art, and I love short mystery for the same reasons you do. Write on, my friend.

Art, thanks so much for your take on mystery short stories, especially the way you develop your stories from an idea or image. That's encouraging for a non-plotter like me!

Thanks, everyone, for the fine words and good feedback! Such a pleasure to be included here on the site and in this interview series. Thanks to Paula for including me!
Art