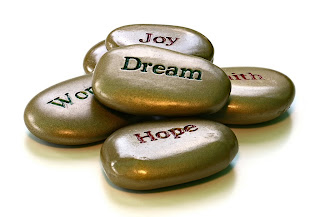 I am once again submitting a manuscript to agents for possible representation.  As has happened before, a number of agents say they like my work but they don’t want to present it to publishers.  They fall in like with it.  They don’t fall in love with it.  I feel like I felt as a flummoxed teenager trying to date girls.  Most girls liked me, which did not mean they wanted to date me.

I can’t remember the number of times I was told I was a, “nice guy.”  It was better, I’m certain, than being told I was a creep. However, it was not the reaction I was hoping for.  It also happened that most of the mothers of the girls I wanted to date liked me too.  That was of course the, “kiss of death” for many potential boy-girl relationships.  When a girl told me she felt I was, “like a brother.” I knew the time was right to get a shovel to bury any hopes I had of being her boyfriend.

At least now authors have options.  I have a plan B and a plan C, not to mention the rest of the alphabet.  I believe sooner or later the manuscript will get published.  Maybe the agent I sent it to most recently will get back to me to say she’s in love.
Or maybe not.

Good luck, Warren. I remember a few years ago when I queried agents. I sent my letter to probably 50 or so. I got a few hits but no takers. It's encouraging that you received feedback from some saying they liked your work. To me, this means that it is a marketing issue, which is not to say it isn't a problem. But it does say that you are an accomplished writer. I'd say subject matter is the issue.

You may be a nice guy, but you are not really a "nice" writer. I've read your shorts and books. They aren't always "nice." But what will sell appears only in agents' crystal balls unless the subject matter is all ready proven. That's the reason many writers write cozies. They know there is a market for it. After the first, market-oriented foot-in-the-door, you'll get your own books published once you are "proven." Whether or not we like it, it's our "process."

The whole agent system is a problem, but it remains the best way to get your work in front of major publishers. Good luck in your venture. And thank goodness for the alternate plans--small presses, self-publishing, etc. If you want to be published, you can be, but no matter how you go about it, it will be a lot of work!

I could wish for you that the process were easy, but my wishes will not magically make it so. Instead, I'll wish you the best of luck.

What’s this one about, Warren?

Fingers crossed for you, Warren!

Thanks for the good wishes everyone. Jim, this one is titled:

Mom Ran Away With A Rock Band.

Over the years, I've had lots of agents and none did anything for me. I sort of gave up on the whole idea and now have 3 publishers and I'm happy.

I love your title, Warren. I want to read it even without reading the first chapter. Good luck on getting it published so I can read it.

Best of luck, Warren! An agent can be really helpful. Hope the right one falls in love with your work.

Best of luck, Warren! I love the title.

Can't get an agent either, Warren!
And it is frustrating. So I just keep selling my work myself. There are worse things.

Warren, I'm sure you've heard the same stories I have about 50, 60, 100 agents rejecting a book which then is published and becomes a bestseller. Makes you wonder if agents know a good ms when they see one. Good luck, my friend, and hang tough. You're a good writer and your day is coming.

Of course I wish you the luck you _deserve_, friend Warren. But the book business is so terrible at present. It's bad for everyone. Dozens of agents have gone out of business due to the recession. And seeing the merger of Penguin and Random House -- two of the largest publishers in the US -- tells me they, too, are desperate to cut costs. Not a good sign for any hope of returning to the "old days" when authors and publishers actually obtained $$$ for their work. Today it is mostly "FTL" as some publications put it. (For the Love -- only.) A good time for readers, for sure. Just not lucrative for creative people like you. I'm thankful you have not let that sad situation discourage your wonderful writing.

I would think that with other options for writers (self-publishing for one), agents would jump on a proven writer with a history of publication.