HAVE I GOT AN IDEA FOR YOU 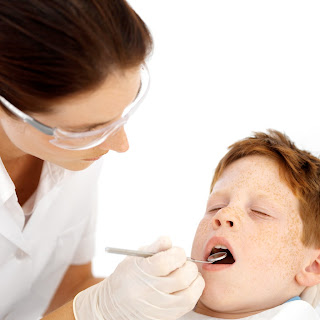 Have I got an idea for you for a book, or a character, or as a way to kill a person. How many times have you heard that? Especially when the person saying that has just found out you write mysteries. Of course, if you suggest they take the idea and write the book themselves, they’ll usually give you an excuse. I don’t know how or I don’t have time to write a book.

It happened on my last visit to my dentist when I lost a filling and needed it replaced. Because I knew he’d be on my case for not going to an oral surgeon to have a wisdom tooth out even though it doesn’t bother me, I needed a good excuse for not having it done. So I took a copy of my book, THE BLUE ROSE, to show him I was a writer and as such very busy. He didn’t buy that excuse and said it would cause me serious problems eventually if I didn’t get the tooth out. He did show a lot of interest in the cover, though, and asked some questions about it.

Once he had me captive in his chair, Dr. K. started on his ideas for a mystery after I made a comment on a painting on his wall of a place in Spain. First he told me about his daughter, who’d been on a six-week study program there. While waiting for the Novocain to take effect, I told him of my visit to Old Madrid with my daughter three years ago in which we’d inadvertently wandered into a shopping area with many hookers one late afternoon. Since there were policemen standing about I was clueless about the women standing around holding up the store fronts. I even thought that the cute young thing joking with the white-haired much older man was talking to her grandfather, until my daughter caught on to what these women were. Let’s say we left that place in a hurry.

Well, Dr. K. and his dental assistant, Tiffany, were laughing and right away Dr. K. started coming up with ideas to use in my books with hookers. I tried to explain I didn’t write books with hookers in them, not my type of books. He ignored me and went on and on with ways to get rid of the body once the hooker was killed.

By now he had all the suction things and a drill in my mouth as he decided next I needed to write a book with a dentist and his assistant as the main characters, but I shouldn’t name the assistant, Tiffany. Because I’d mentioned I’d poisoned three in my latest book, he thought the dentist should poison the assistant, but he was rather vague about why or what kind of poison. He was absolutely sure it would sell a lot of books, especially if I went  to a big dental convention in Chicago in February and set up a table outside. He said all the dental assistants would be buying my books. It was sure to sell very well. Taking breaks to rinse out my mouth, I tried to explain how expensive it would be for me to fly to Chicago, get a hotel and pay to get in the convention. It didn’t change his mind that I’d sell enough – and he wanted some royalties, too – if I only used his ideas. Meanwhile, Tiffany was laughing hard, and although I couldn’t see her, I can only imagine she was rolling her eyes. I told him he should write the book, but he said, “Oh, I can’t write a book.”

In spite of tensing up over the sound of the drill in my mouth, and the occasional twinges because even two shots of Novocain didn’t numb my mouth much, and from keeping my mouth open so long that my jaw was hurting, it was a fun visit because we all had such a good laugh over the murder mystery plots Dr. K came up with. Although mostly mine was silent since one can’t laugh while one is having their teeth worked on by a dentist.

For years, I hired a guy to do odd outside jobs for me several times over the summer and fall months. He’s probably in his late forties or so and hasn’t had a regular job for a long time. It might be because he had a drinking problem, which I didn’t realize until the first time he came, and I commented on the strange plates he had on his car. I didn’t know what they were, until he said they were because he’d had too many DUIs. He was a good worker, and I’d fix lunch for him and we’d eat together out on the patio. He seemed to enjoy my company or rather my ears. He wanted someone to listen to him, mostly. Once, after learning I’d written a book, he told me he could write a book, but someone would murder him because he knew too much. Eventually, I stopped eating with him because I couldn’t stand hearing his conspiracy theories. And even though, I’m disappointing his mother, who always got excited when I called with a job for her son, I decided not to have him back because he started doing things the way he thought they should be done rather than what I wanted, and spent too much time on his work so that things I wanted accomplished never got done. He’s another one who thought he could write a book, but had some reason why they couldn’t, although his reason was a little bizarre, I’d say.

My youngest daughter sometimes comes up with ideas, but since she’s a nurse, her ideas make sense. She’d prefer to let me use her ideas rather than take the time to write the story or book herself. She’s learned from me how much work is actually involved. Will I use any of her ideas some day? Maybe I will. Will I use Dr. K’s ideas? I might write a short story with a dentist and his assistant, but instead of the dentist murdering his assistant, I might turn it around the other way. Or I might have the patient turn murderous for having a drill too long in his/her mouth with a dentist who talks and never gives the patient a chance to respond.

How often do you have people tell you they have a good idea for a book?

Do people ever tell you they could write a book, but they don’t have the time?
Posted by Gloria Alden at 12:00 AM

Since a few of my short stories have been published, I've recently had people tell me they have good ideas for books that I could write for them. What I would like to read is the story that comes out of your dentist office experience. Great blog, Gloria!

Paula, are they expecting some of your royalties???? I think it may be a while before I write that short story, but I'm waiting for an anthology with a theme this would fit into.

I’ve heard the “I have a great idea for a mystery” line many times over the years. I always say it's interesting and that they should either write it themselves or hire a ghost writer. I have more ideas than I have time to write...and turn the conversation toward something else.

I feel the same way, Jim. However, when the dentist has his drill, a suction tube and his hands in ones mouth, it's hard to say all that. I've never run out of ideas. In fact, I have more ideas than time to write them all down.

Fun blog, Gloria! A dental themed anthology is a good idea. I long for the olden days when one shot of Novocain numbed my mouth for hours. I don’t know why dentists changed to this new type that wears off in seconds. We were rocking along just fine, albeit drooly, until about fifteen years ago. If I were a conspiracy theorist like your workman, I might believe that insurance companies were behind this evil plot. If anesthesia doesn’t work well, then people won’t have needed dental procedures because they’re too painful. Therefore, insurance carriers save money because they’re being billed less often. How's that for a book idea?!

We really are trapped while sitting in the dentist's chair. I'm with you - too many of my own ideas and not enough time to consider someone else's ideas!

Hey, Kara, I like that idea. Only a year ago, I think, I walked out of the dentist office with a swollen jaw. I wondered why it took 2 shots and even then it didn't numb it all that much.

So true, Shari. It's what makes us writers. We have all those ideas and don't need the half-baked ones others come up with. I do have a member of one of my book clubs bugging me to use her name in my next book. I asked her if she wanted to be a nice or nasty character. She didn't care as long as I used the name Claudia. So I will. That's not a big deal.

I wrote a short about a dentist and his assistant in an anthology called, He Had It Coming. The short was called "The Acidic Solution." Hope that intrigues our readers! The torture dentists can inflict brings to mind many plots. I had a dentist appointment on Monday, and I thought the dentist could have popped my jaw since he exerted so much pressure. Putting him on a medieval rack came to mind.

What non-writers think are good ideas for stories may not be. They may have a concept, but that doesn't necessarily make for a good story. The concept has to be developed into a story, and many non-writers lack the skills to understand how to make a concept into a story.