The Other "Writers Who Kill" Site 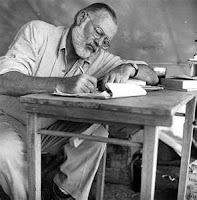 My personal life is ordinary. I've had my ups and downs, my joys and my grief and sorrow, but, in general, my emotional state has been on an even course. I have never made a suicide gesture, though I have thought about it. I have never been on a psychotropic medication, or self medicated. I wonder if I can be a truly fine writer without my share of suffering and pain. Thus I am drawn to stories of writers who drink and take drugs, had tragic childhoods, and find the heights of ecstasy and the depths of despair. 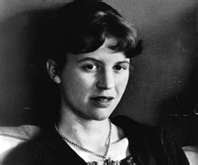 What follows may be depressing and is certainly over simplified. Do not assume that I take suicide lightly. For over twenty years I worked as a psychiatric social worker for the State of Delaware. I have seen far too many kids attempt or complete suicides. One of our clients jumped off a bridge on her 18th birthday, the day she was no longer under jurisdiction of Child Mental Health. Another, who had made a serious suicide gesture almost weekly while in our care, made no more attempts after his 18th birthday. A distinguished doctor I worked with for years, age 70+ set his affairs in order, took his wife's hand and together they walked into the ocean.

The site gave a list of 25 authors who committed suicide, 21 men and 4 women ranging in age from 28 to 77. I have no idea why the author picked the 25 he did. Surely there were many more to chose from. I have no information on what percentage of successful authors chose suicide.

The first thing I noticed was how few of the authors mentioned were people I knew anything about. I had read something by ten of them, heard of but not read another five.

The male female ratio is not surprising. More women attempt suicide, but more men complete it. This is complicated by the fact that through most of European history only men were accepted as writers. The first woman to be considered in this list was born in 1882. Thus, the list covers 2000 years before the first woman was admitted.

Methods? 5 shot themselves, 2 hanged themselves, 4 drowned, 3 asphyxiated themselves, there were several overdoses, and one ritual suicide. Though three in the list are not assigned causes, only one remains a mystery after additional research.

OK, here is a vast oversimplification. The writes fall roughly into two groups, those who killed themselves at the height of their powers (14) and those who did the deed after a long distinguished career (7) like my doctor friend. Often the younger group act after some blinding failure, or other career difficulty.

There are some oversimplifications I am NOT going to make about this list. All creative people are crazy, or overly sensitive; the best writers suffer from extreme mood swings; writers are control freaks who want to control even their death, or they are not up to living with the stress of competing on the open market.

As I have said twice this is all an over simplification. The stories behind this suffering have been boiled down to a few lines in a biography. Movies have been made about Sylvia Plath who put her head in a gas oven and Virginia Woolf who drowned herself; everyone knows about Ernest Hemmingway who shot himself with his favorite shotgun. Many others are less well documented.

What's the point of all this? I certainly don't wish to be eligible to be on the list. I do aspire to be a better writer than I am now. Why am I so fascinated with death and the author? I'm not the only one, since someone was motivated enough to put up the list. I don't know the answer to these questions. Any ideas?

I think people of great talent are sometimes also extreme in other areas of their lives, KB. Watch extreme people. You'll find that they're over-the-top in everything.

Writing is a tough job and very hard to make a living at.
I don't know if more artists kill themselves than non-artists but most job don't involve putting your innermost thought and feelings on display while people criticize and second guess you.

I'm so glad you changed the name, E.B. I couldn't have been one of the bloggers since I don't have blond hair. :-)

K.B. the saddest part of suicide is what it does to the surviving friends and family. I don't personally know anyone who has committed suicide, but I can imagine the anger and guilt those who are left behind feel towards the one who did. Young people seem to think each tragedy they expeience, the break up of a love affair, bullying, etc. is something they'll never get over. I would also imagine those who kill themselves suffer from severe depression.

For a brief 6 months when I had four teenagers at the time and was probably entering menopause, I thought if I lived in an area with high cliffs I'd drive over the edge making it look like an accident. Fortunately, I live in flat lands with no cliffs and the kids grew up. I'm sure I would never have done it anyway because I have a strong survival instinct.

Writers are nowhere near the most likely profession to commit suicide. The ones who do tended to do it when famous or to have extreme lives in other ways, so their suicides gained notoriety. Fame gained while young puts pretty unbearable pressure on anyone. Witness the many suicidal deaths among pop stars.

Elaine, I'm glad you changed the name since I could hardly be a part of blondes in Black, even though I wear a lot of black. then again, who knows? I'm part of The Stiletto Gang and you won't catch me in any kind of high heel. :-)

The BIB name was more a noir feeling that we, at first, wanted. Not that WWK is anymore light hearted, but we make up for that--I hope!

I have no interest in (or empathy for) people who commit suicide, mostly for the reason that Gloria touched upon...how it affects those left behind. I personally think it's egoism combined with laziness.

I had a step-cousin who blew his brains out, & his own father was the one who found him. He had to clean everything up, which just adds more crap to the emotional trauma a parent must feel when a child does something like that.

I am, however, glad we're not BIB either...for all the reasons that have been mentioned already.

When a client committed suicide, everything in the office came to a halt until we could all work through it. Some of the therapists never got over it.

Anyone figure out who the people in the pictures were? Hemingway is easy enough. Next is Sylvia Plath then Virginia Woolf. The last one was Hart Crane. I would not recognize him from a photo.