The Sense of Scents 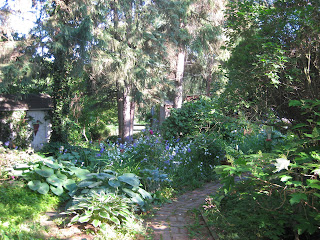 Spring came a month early this year, and while most people enjoyed the warmer weather, it made me a little nervous. I wondered if the speeding up of nature's natural rhythem would cause a problem. I recently discovered one. The lilacs. Normally as I go down my brick walkway to and from my back door during May, I enjoy the sweet smell of lilacs. Now I'm missing the heavenly scent of lilacs in bloom because they budded out too soon this year, and were damaged by a killer freeze. All I have are some pathetic stunted ones up too high to bother with. It's a smell full of memories going back to the lilacs blooming by the house where I grew up and at my grandparents' farm across the road. It's the old-fashioned lilacs that have the very best smell, and I was fortunate when I bought my century farm house over twenty years ago because it came with old lilacs. They're so tall that I need a step ladder to pull down the higher branches to snip lilacs for bouquets. I never want to cut the lower ones because I like to smell those as I pass by. Hopefully soon I'll at least be enjoying the smell of roses. So far they don't seem to be damaged. 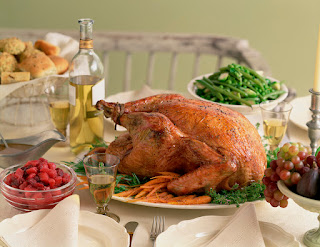 So many smells are tied to memories. The delicious smell of turkey roasting always brings memories of Thanksgiving and Christmas. Both are special holidays filled with fun and laughter. Now in the dessert category there are too many to list them all. One is apple pie, apple crisp, or anything apple with cinnamon. Then there's pumpkin pie and everything chocolate. While I'm on food, bread baking in the oven is high on my list, and pizza, too. Pot roast brings back memories of Sunday dinner since it was served often on Sundays. My dad usually cooked on that day. Are you drooling yet? A visit to the county fair or any festival causes olfactory overload: hot sausage sandwiches next to elephant ears, corn dogs, french fries, lemonade stands, cotton candy, kettle corn, and the list goes on and on. As for deep fried Twinkies or Oreos, I'd never try them.

Other pleasant smells tied with memories are clothes dried on the line. Nothing is more pleasant than crawling between fresh sun dried sheets at night. Working in my herb garden is my favorite place to weed. There's the smell of fresh mown grass or new bales of hay in my barn. Add to the list campfires or bacon cooking, especially when camping, a walk in the woods under pine trees or scuffling through leaves in the fall. Another scent I like that is fast disappearing due to environmental concerns is autumn leaves burning in the fall. I love the smell of baby powder or the fresh smell of rain, but not  the smell of earthworms washed out of their burrows.

Of course, there are many smells I don't like: the chemical smells of weed killers or insecticides in stores, anyone who puts on too much perfume or aftershave, cigars, bleach, litter boxes, wet dogs, mildew, fishy smells and skunks - but that is a story for another time.

As important as our sense of smell is, it's not included in books as much as visual descriptions or sounds. When pondering this, I decided it's because our visual sense is always active unless we're sleeping or it's dark. The same is true with our hearing. As I write this I'm listening to Gershwin's "Rhapsody in Blue" on the radio while a storm is rumbling outside and cars are swishing by on wet pavement. There's also the sound of dripping inside the wall reminding me I need to call somebody about repairing the chimney. But while I hear and see what's around me, I'm not aware of any smells since supper was some time ago, the dishes have been washed and because of the lilac problem, I have no fresh bouquets of lilacs in the house.

Although I try to include the sense of smell in my writing, I know it's not as much as it could be, or does it really need to be that much? I don't know if readers are especially aware of the inclusion of it or even the lack of it.

How much to you use smells in your writing?
What are your favorite smells especially those connected to memories.
Posted by Gloria Alden at 12:00 AM

Good post, Gloria! When I teach creative writing, I try to get all my students to use all five senses in their work rather than just sight. It's hard. The one I find they have the most trouble including is smell, but I tell them smell is the most powerful of the senses actually. If you can manage to describe a scent correctly, it can trigger intense memories in your reader. It's also a good sense to use when you want to flashback a little. Everyone is familiar with a scent triggering memories, so have a significant smell send your character back into the past for a little.

For me smell and touch are senses that I have to work to get into my writing. As Linda said, smell is a good way to trigger intense memories. I associate my grandmother with the smell of baking bread so that is a happy experience for me.

I do use it somewhat, Linda, but I know I could and should use it more. Since I write a gardening series, I do bring in the scents of roses and herbs, etc. I need to bring in the sense of touch more, too. Those things are so easy to overlook.

Now my grandmother was probably the world's worse cook, Warren.:-) Her cookies were usually burnt on the bottom and if they were a lemon cookie, they had big hunks of lemon rind in them. Usually her pies were soggy on the bottom. She probably could have used a new stove, but I don't imagine she ever asked for one. Cooking was not her favorite thing to do. Now my other grandmother was a very good cook, so I've been told, but she died when I was only five.

I think, as mystery writers, one of the smells we need to think about it dead bodies. Ehwwww, but it is a fact of our writing lives.
I don't do smell unless it's coffee.
I don't have a memory for favorite smells, but what surprises me everytime, is when I catch a scent and it instantly takes me to a specific time and place in memory.
It's almost a paranormal feeling.
I generally enjoy it.
Patg

I just finished a short that contained smell--vinegary acidy stuff that the hero uses to escape and the dumps the stuff on...no can't blow my story in case in gets into print. (I'm waiting to hear from the editor.)

I agree, Gloria, the sense of smell is often overlooked. Can't say I use it often, but in that short it was obvious.

You may not consciously remember smells, Pat, but they are there in our memory. Since I've never smelled a dead body - at least someone murdered or dead for a long time, I can only write that from imagination and what I've read. Also, something like a dead deer in my front ditch is probably pretty much the same as a ripe body.

Hmmm. I want to read that short. Let me know if and when it gets published, E.B. I've used the smells of food and coffee, mostly something baking. Not by my protagonist. She's not into cooking or baking.

Actually, in EVERY LAST SECRET I use the smell of a dead body in the scenes where Skeet has to find a body or visit the crime scene. I always think it's dumb when a writer doesn't mention that because it's almost the first sensation you get, certainly the overwhelming one.

Greetings: You've confirmed my suspicions: I won't be appreciating the lilacs this year. I wondered what had happened to cause such a pitiful showing far too early in the season. It's an outrage! There's no more evocative scent than lilacs, particularly the older varieties. In fact, I used to work at a state hospital that the govt. eventually closed, just shuttered up. Among the acres of trees and beautiful old plantings was a stand (strand?) of ancient lilacs, the big fat lavender kind that smelled so strongly. Before I left, I managed to dig up a couple of shoots and transport them to my yard. It took 10 years for those shoots to take hold and produce flowers, but they finally did. This year would have produced a nice showing . . . Like yourself, I was wary of the bizarre hot weather, coming so early. April in Mass. is supposed to be cold, drizzly, miserable. I missed it! But seriously, when we lose the lilacs, we lose one of life's little gifts. But I digress: I meant to comment on smells, odors, scents. (I guess you'd never say "the scent of a dead body.") My mystery series--only one book so far, but God willing it'll be a series--is set in Granite Cove, which is based on Cape Ann, Mass., where I grew up. I've always lived by the sea and so it was natural for me to write about the salt breezes, the briny smell of the ocean in May, the smell of wild beach roses growing among the coastal rocks, etc. People tell me they smelled the ocean when they read my book. Those were the smells I grew up with, the ones I cherish. Thus writing about them is, for me, like revisiting the place. I guess it all boils down to the old maxim: Write what you know--and like, I would add. Best to all, Sharon Love Cook