Gertrude, my truck, was a rust bucket.
I chose her name because it reminded me
of the word  “gratitude.” I’m thankful
to have her even if she’s none too pretty.
Gertrude and I had been through a lot together. 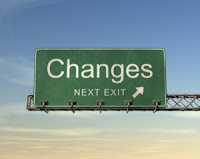 Everyone who has edited my writing has redlined when I’ve changed tenses. They’ve convinced me that it takes the reader out of the story. I used to think changing tenses lent more dimension to my writing, creating an edge between what was—was—but now—isn’t. I realized that doing so breaks up the flow. So, I started to study how writers change tenses.


One of my critique partners changed tenses. When I pointed it out, she was defensive, asking if I would be redlining all of her changed tenses, as if I’d drawn a line in the sand. I told her that, having been redlined for the same offense, I needed to indicate the variations and intimated that perhaps she should re-think them. Her response was vehement, indicating that if I persisted, she’d drop out of the critique group. I decided to back off.

Wouldn’t you know that it was the last time she changed tenses? Had she thought about it and later agreed with me, or did she hate redlining so much she conformed? 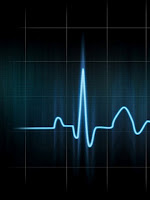 It was neither. I’ve concluded that when authors change tenses, it’s a blip. Authors—in one paragraph in one chapter of a book—changed from past to present tense and then—never again. I’ve found this phenomenon in many contemporary novels, especially romance novels where the character addresses the reader directly, stepping out of POV.

After writing a blog for WWK last year in which I cited changing tenses as a problem with indie books, some readers came to the conclusion that I was against self publishing. No, I’m not against self published books in given situations where it makes sense and in a marketplace that has fluctuated. But, in any type of publishing, traditional or indie, readers have complained about a lack of writing quality and inadvertently changed tenses indicates a lack of editing to me.

Why does changed tenses set off such a staunch defense from authors who do so? Does conforming to standards violate their right to artistic license? What do you think?
Posted by E. B. Davis at 7:15 PM

I find tense changes distracting. They make me stop to question when something is occurring or wonder why the author is interrupting the story to tell me something.

Sometimes an author uses this author intrusion as a device, usually in humor, and deliberately stops the story to speak directly to the reader. Then the author becomes another character in the story, much like an on-screen narrator.

Dialogue, of course, is different. A story told in past tense still uses present tense in speech.

I just thought of an example, but it's a movie. Do you remember Cannery Row with Nick Nolte and Debra Winger? John Huston was the narrative voice, adding comments and information. You can hear him about 6 minutes into this video. http://www.youtube.com/watch?v=aQl0r0DODcE

Connectivity at the hospital! I loved Cannery Row, Ellis--one of my favorite movies with John Huston narrating, just awesome. But that's the problem, the author then becomes a narrator. It's obtrusive. Keeping in the same tense lends continuity to the story. Unfortunately, it's a mistake many authors make.

EB, tense changes can be real problems, pulling the reader out of the continuous dream we're trying to create for him.

The one time they're justified--if carefully controlled--is when we're moving into and out of flashback. Past perfect at the beginning to indicate the change, then back into simple past for the whole scene to give immediacy, finally back to past perfect for a sentence or two coming out. (A flashback of more than a sentence or two becomes clumsy and unwieldy if written entirely in past perfect--all those "hads" get in the way and make it clunky.)

I'll have to remember that, Linda. Sounds like good advice. I wrote a story once in which using one sentence in present tense seemed right. My editor redlined it. I fought with her about it. But then when another writer, Agatha nominated for her short stories, agree with the editor, I complied. Since then, I've noticed tense changes, studied them and found that I now agree with the editor. I'm reformed.

That's a fun example of changing tenses, Ellis! The narrator's quick comment made a good scene even better. I think if the tense changes are well planned and executed they can enhance a book or movie. But if not, then they can be distracting and pull a reader out of the story.

I pulled my artistic license off the wall and read the small print. It said the person who ultimately decides what to use from the feedback of a critique group is the writer. When I critique I try to share whatever bumps me out a story. The writer can use it or not as she/he chooses. Changing tenses often sounds jarring to me and I would probably mention that.

I had several critque partners point out when I had a character thinking in present tense. I hadn't seen a problem with it, but if they did probably others would, too. So I changed "I wonder if she . . ." to "He wondered if she . . ." I had one critique partner, who wanted to eliminate all the hads I used in past perfect thinking by a character in a flash back, but I never went on and on with it. She didn't think they should be used at all beyond "He had a book in his hand," etc.

Gloria, I divide thoughts into direct and indirect. Direct thoughts, as if the character is speaking, are in present tense (and often italics) to me, and indirect thoughts are those that begin with that (sometimes understood). For example:
"How do you feel about self-publishing?" Jane asked the contentious literary group.

I'm not going there (italics/direct). Linda thought (that) Jane was asking for trouble (indirect).

Ellis--I'm so glad you came over to talk about grammar because it is your forte. Thanks!

I've done it, but I didn't know I was doing it. I've thought about this, and I wondered if it's because where I'm from, people talk like that. It bothered me when my mother would say, I come home and... when she really meant came home. You can hear it in gangster movies when a character is relating a story. (New Jersey accent) "I come into the room, and there's Tony, smacking Paulie around." Of course, it's incorrect grammar, but I heard it more in the North than in the South. There's a whole different laundry list of grammatical nightmares in the South. Don't get me started.

We've all done it, Polly. In the example you use (people talk like your example in PA, where I come from too!) is dialogue where anything goes, even poor grammar if the character calls for it. But then, I don't think that using the wrong tense in dialogue will confuse the reader or take him out of the story. Once the reader understands that the character isn't a snappy speaker, they come to expect his poor grammar.

It's the sudden shifts within narrative that just don't make sense. The stand alone sentence--like the example I started the blog with--or worse, the stand alone paragraph. Suddenly the reader is taken from a recounting to the here and now. Readers are taken out of the story.